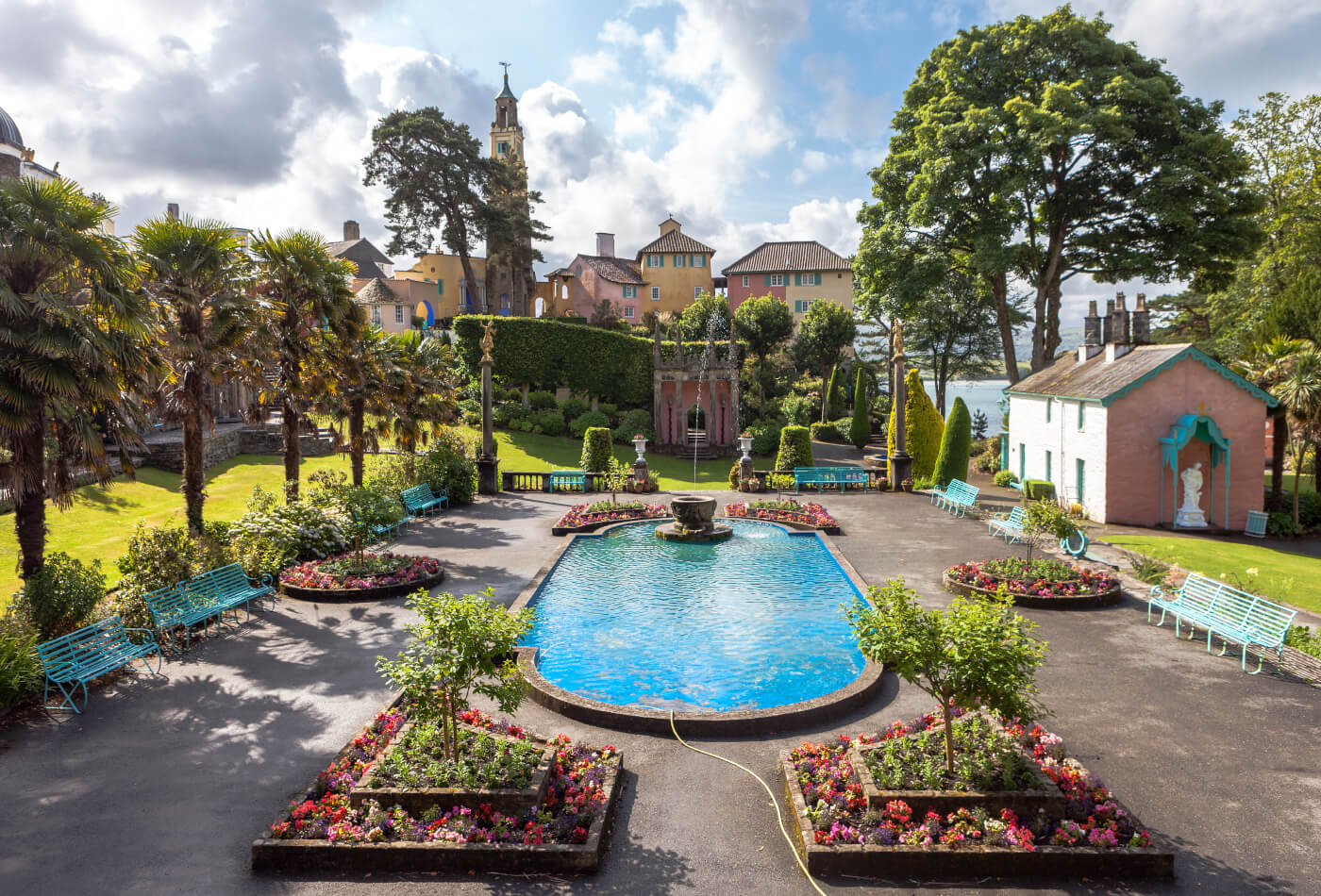 For a fix of international wonder, minus the long line at airport security, we bring you some of our favourite domestic gems that are so beautiful, you won’t quite believe they are in the UK!

The UK offers Indo-Gothic architecture that rivals the Taj Mahal, Scandinavian-style landscapes and Bondi Beach’s iconic Icebergs Pool equivalent, all on your doorstep. Whilst we can’t promise the warm waters of Australia or the tropical heat of Bali, we are certain that you will love our selection of UK beauty spots.

Leave the passport behind and discover 10 unbelievably beautiful places in the UK, sure to rival their international counterparts… 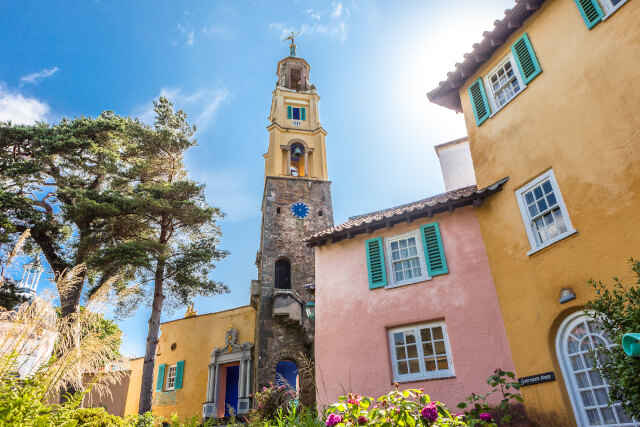 Reminds us of… Vipiteno, Italy 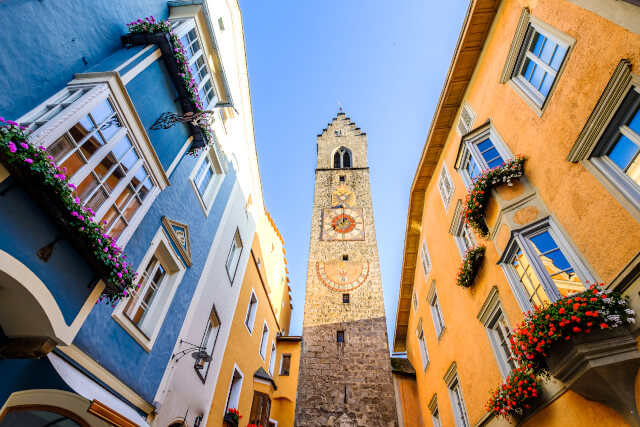 The Italianate-style village of Portmeirion is an enchanting beauty spot on the North Wales coastline.

With its pastel-coloured villas, sub-tropical gardens and classical colonnades, you would be forgiven for thinking you were in Northern Italy. This beautiful place in the UK was built by Welsh architect Clough Williams-Ellis over half a century, from 1925 to 1973.

Today, you can marvel at the fanciful palaces before exploring the Central Piazza, where you will find a fountain pool, the Bristol Colonnade and the giant chessboard.

Whilst you may be hard-pressed to find a glass of Limoncello here, you can sample authentic Italian gelato at Caffi’r Angel. Bellissimo! 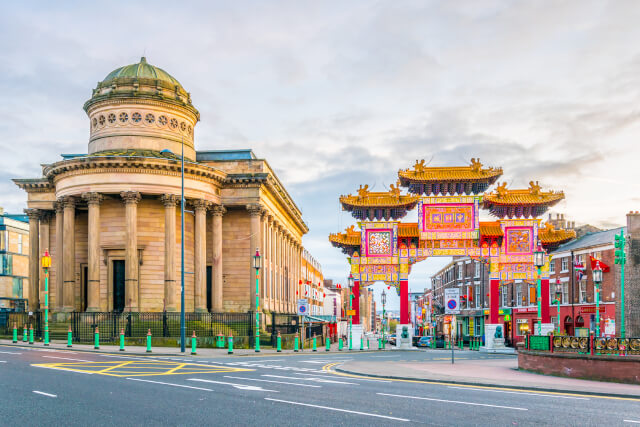 Reminds us of… Shanghai, China 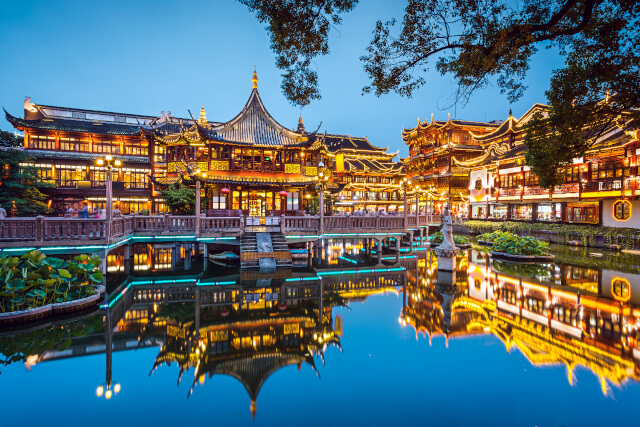 Next up on our list to the most beautiful places you won’t believe are in the UK is Liverpool’s Chinatown.

The city’s Chinese population dates back to the late 1850s, when Chinese seamen were employed to establish the Blue Funnel Shipping Line. Today you will find Europe’s oldest and largest Chinese community, located in the south city centre. Here, there is a reputable collection of Chinese restaurants, Chinese takeaways and Chinese supermarkets for an authentic taste of China.

Greatly admire the paifang (archway) that was imported from Shanghai, the largest traditional Chinese arch outside of China. Chinatown also celebrates the twinning of two cities, Liverpool and Shanghai. So this UK beauty spot could easily be mistaken for its East Asian counterpart. 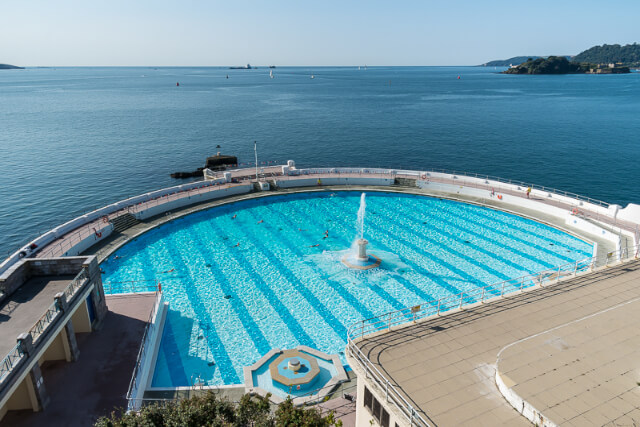 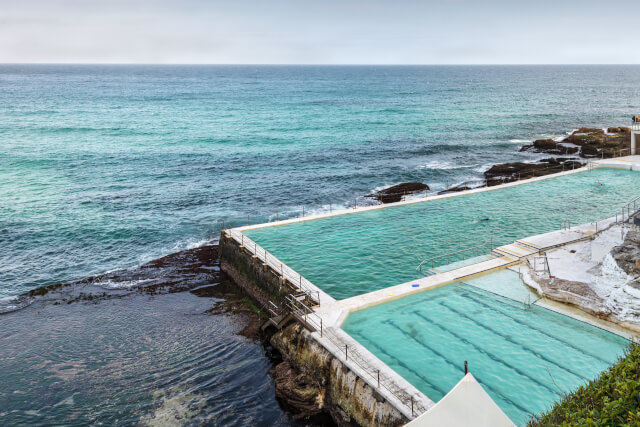 Bearing a striking resemblance to the iconic Bondi Beach Icebergs Pool in Australia is our next beautiful place in the UK.

Tinside Lido is an Art Deco, Grade II listed pool, overlooking the sea in Plymouth harbour. It was built in 1935 and today offers the traditional British seaside of a bygone era.

With its beautiful saltwater swimming pool, fabulous sun deck and breath-taking views, it is little wonder that it is a constant front-runner in Europe’s top 10 best outdoor pools.

What are you waiting for? Grab your swim gear and secure a stay at a Plymouth holiday cottage. Alternatively, bask in the sunshine at one of the UK’s most exotic beaches. 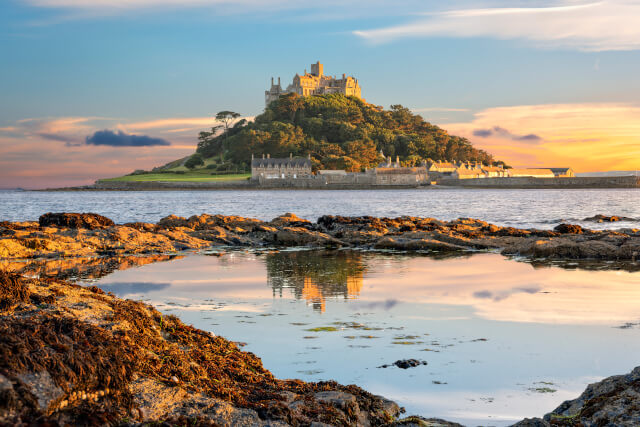 Reminds us of… Mont Saint-Michel, France 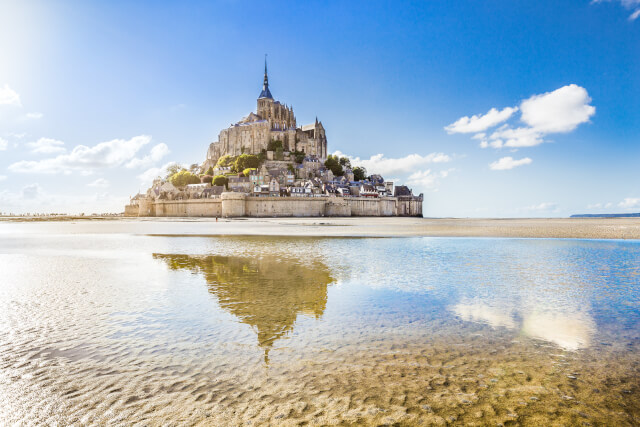 The only thing that differentiates St Michael’s Mount from its French counterpart is the island café selling traditional Cornish pasties!

St Michael’s Mount in Cornwall may be smaller than its French doppelgänger, but a single steep hill, plenty of magnificent monastic buildings and a majestic offering of towers on each island makes them difficult to tell apart.

Use your time in this beautiful place to immerse yourself in its wide and colourful history; once you have crossed the fabricated causeway, discover the National Trust-owned medieval church and castle, and stroll through the sub-tropical gardens, before feasting on traditional Cornish pasties. 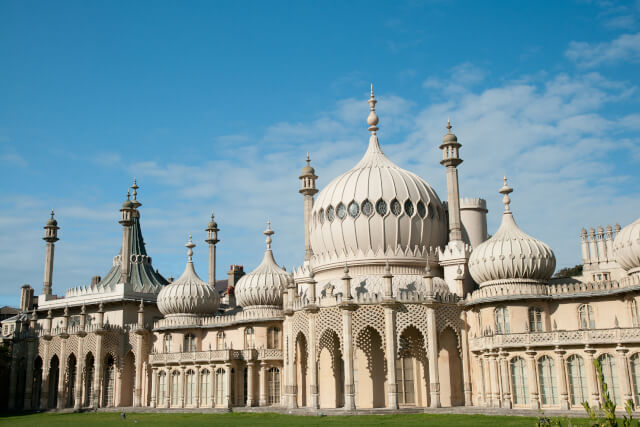 Reminds us of… Taj Mahal, India 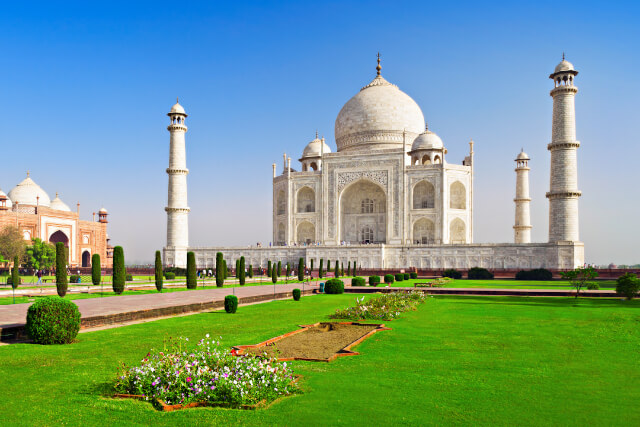 Did you have your heart set on exploring one of the the Seven Wonders of the World this summer? Fear not, we have the alternative!

Who needs the daunting 8-hour flight time to India when the beauty of Brighton Royal Pavilion is right on the doorstep?

The beauty spot that you see today has a colourful history, stretching back over 200 years. It was built as the seaside pleasure palace for King George IV, with the original building transformed from a modest villa to a mishmash of Indian and Victorian styles.

Today, you can tour the royal bedrooms, the theatrical Banqueting Room and the Prince’s treasures, which are on loan from Her Majesty the Queen. This instantly recognisable symbol of Brighton is not to be missed whilst holidaying on home soil. 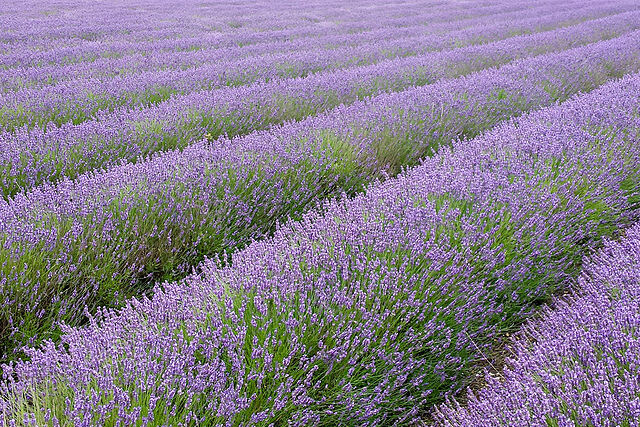 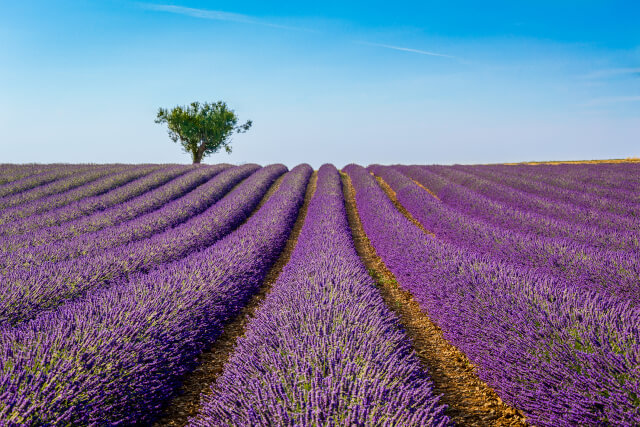 The rolling field of fragrant lavender in Hertfordshire is a delightful alternative to the famous fields of Plateau de Valensole in France.

A visit to this beautiful place in the UK allows you to skip the Channel Tunnel crossing for a whiff of the pretty purple flowers. This UK beauty spot promises to be a soothing haven for anyone who visits, as well as canine companions! 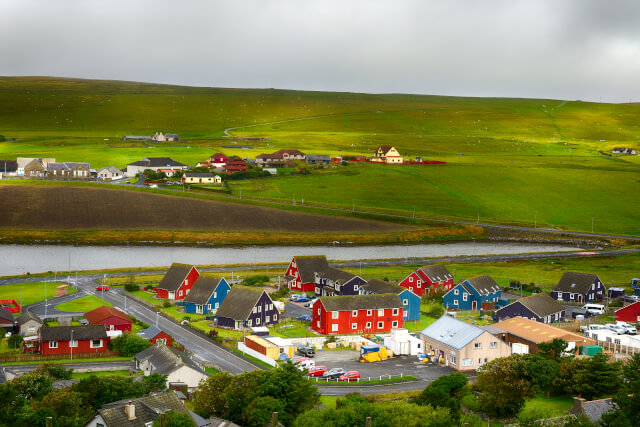 Reminds us of… Undredal, Norway 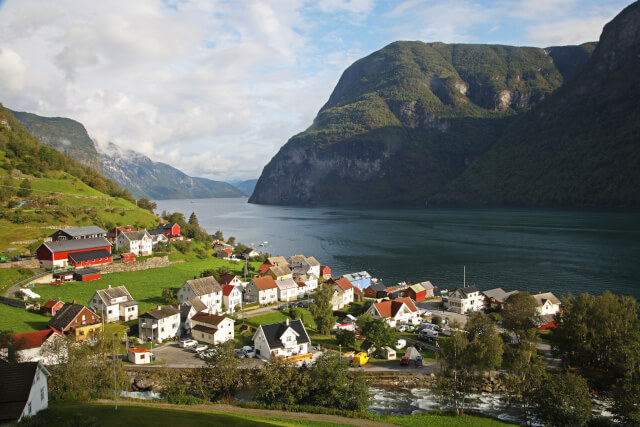 Until the 15th century, Norwegians regarded all islands in the North Sea part of Norwegian soil. This included Scotland’s Shetland Islands, so the uncanny resemblance between the two comes as little surprise.

The Norway-esque landscapes, coupled with timber buildings and inflected dialect, could easily be mistaken for the small village of Undredal, Norway.

From the moment you step off the plane at Sumburgh airport, Jarlshof greets you. This is the best-known prehistoric archaeological site in Shetland and gives an immediate sense of a long-stamding Scandinavian influence.

There are plenty of reasons to make a visit to this UK beauty spot. Some include the perfect crescent of white sand at Quendale’s beach and catching glimpses of Scotland’s unusual animals, including orca (killer whales) if you are lucky! As an added bonus, you may even be treated to the mesmerising and colourful spectacular that is the Northern Lights! 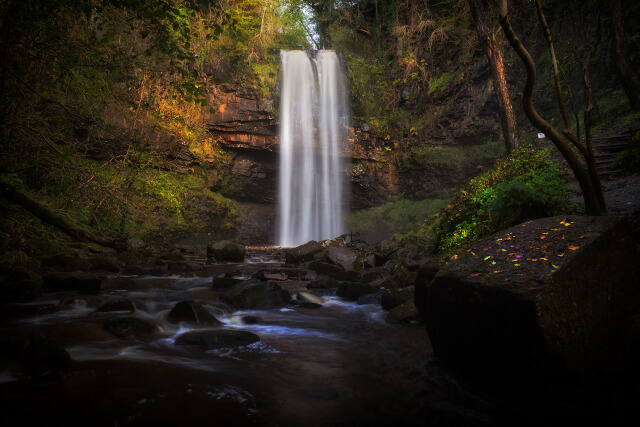 Reminds us of… Tibumana Waterfall, Bali 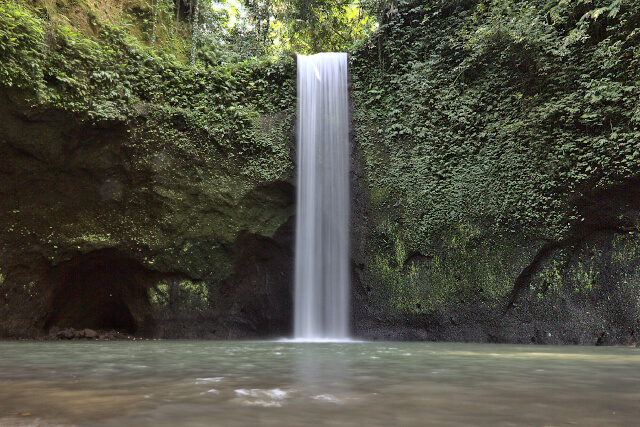 Hidden away in Ubud is one of the most beautiful waterfalls in Bali, tucked deep inside the jungle and surrounded by exotic vegetation. Whilst it is quite difficult to find something as beautiful in the UK, Henrhyd Falls promises to be a good alternative.

Sitting on the western edge of the Brecon Beacons is this Welsh tropical scene, famed as the highest waterfall in South Wales. Plunging 90ft into a wooded gorge and surrounded by a haven of wildlife, this is truly a doppelgänger for the Indonesian gem.

Although the weather is cooler than Bali, you will certainly be able to snap some insta-worthy shots here! 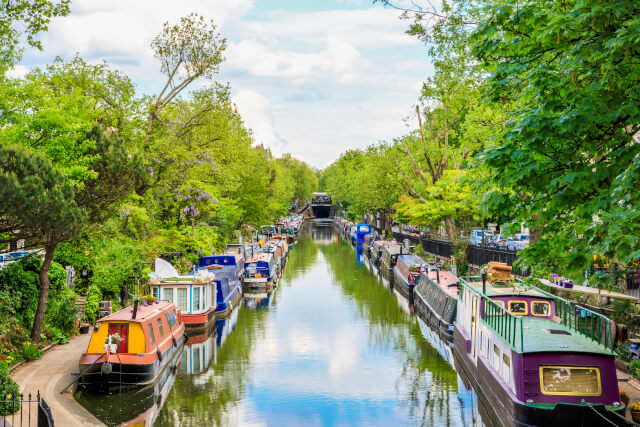 Reminds us of… Amsterdam, Netherlands 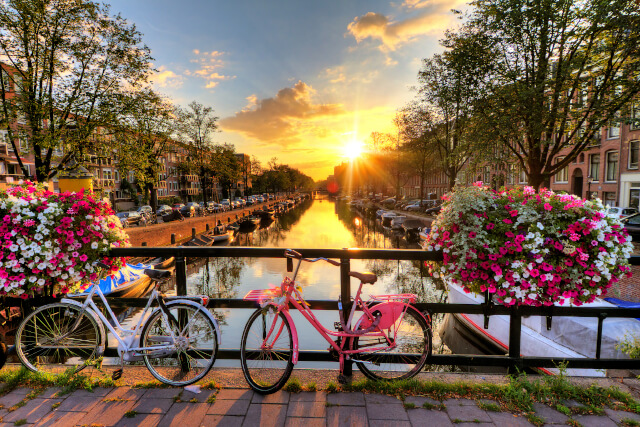 This beautiful place in the UK can be found hidden to the north of Paddington, bearing a striking resemblance to Netherlands’ capital.

Meander the picturesque neighbourhood, littered with cool waterside cafés, cosy pubs and quirky restaurants. Enjoy endearing canal-side strolls, admire the boats bobbing at anchor or appreciate the Georgian buildings that have retained a wealth of charm. This is a decent dupe for Amsterdam!

Alternatively, take to the waters and embark on a canal trip by narrowboat, taking you to the famous Camden Lock Market in around 45 minutes. 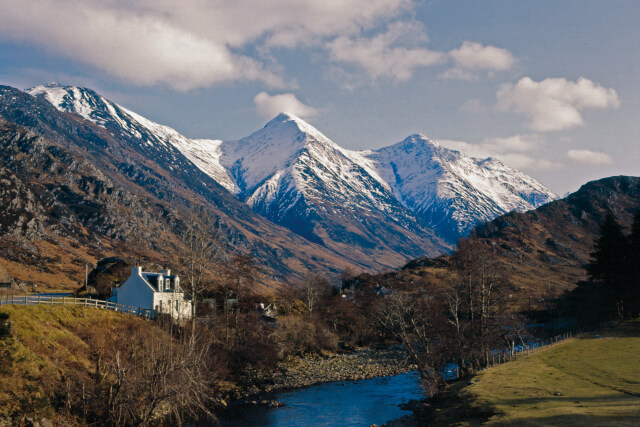 Reminds us of… Mont Blanc, France 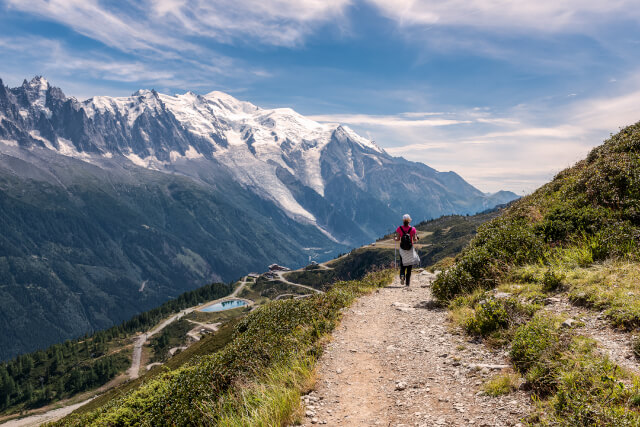 Our final location on our guide to beautiful places you won’t believe are in the UK is the mountain range of Kintail.

As you trek through Scottish Highlands, it takes little imagination to believe that you’re rambling upon the highest mountain in the Alps and Western Europe. This is thanks to Kintail’s sharp peaks that dominate the horizon, as well as snow dusted ridges and breath-taking views.

This beautiful place offers ranger-led outdoor activities, including sea kayaking and hill walking. You can also try catching a glimpse of the local wildlife, with golden eagles often seen soaring up high.

The Kintail Mountain is truly one place you won’t believe is in Scotland.

Do you know of any other beautiful places you won’t believe are in the UK? Let us know on Facebook, Twitter and Instagram. Alternatively, uncover more hidden gems using our free Travel Guide. 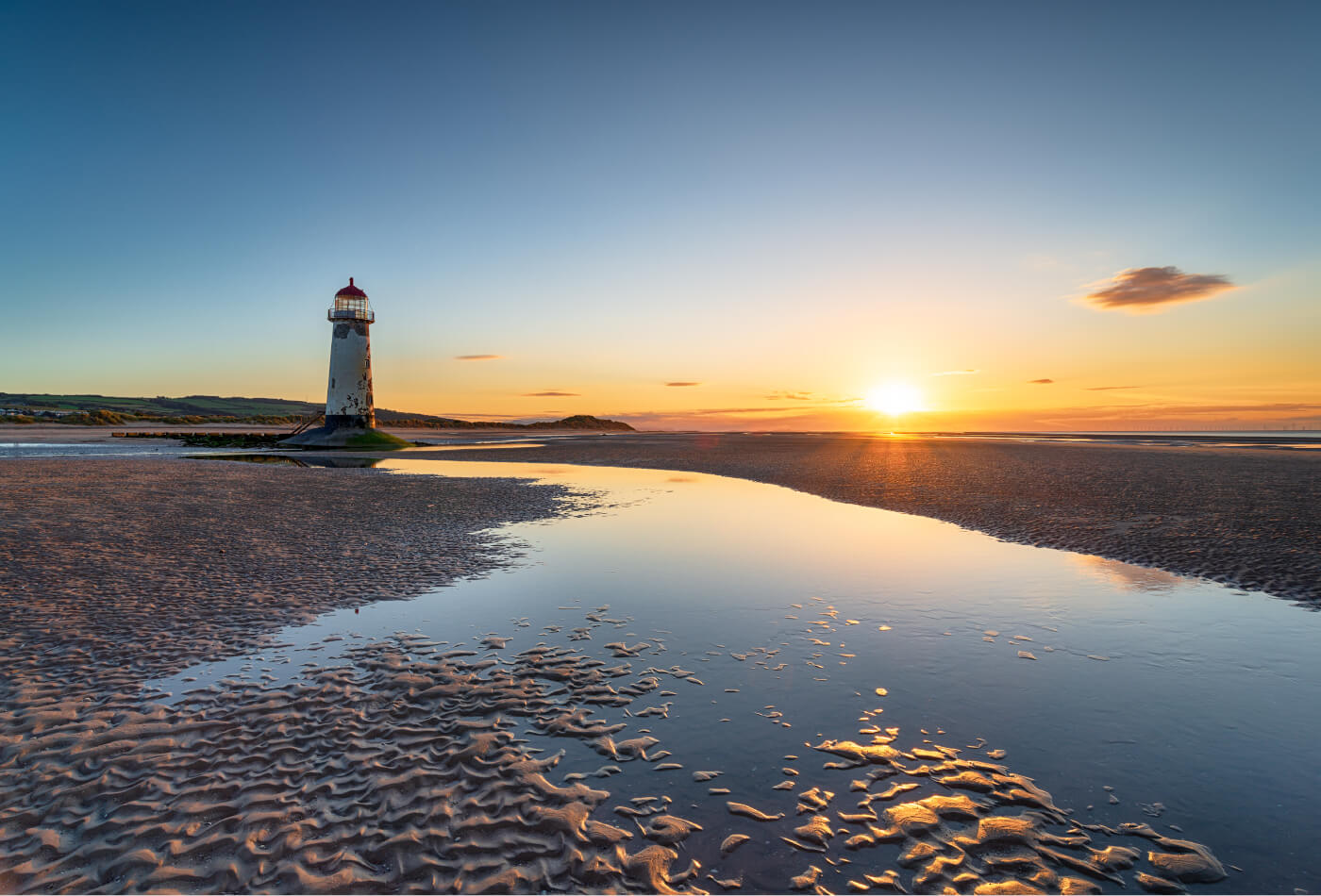 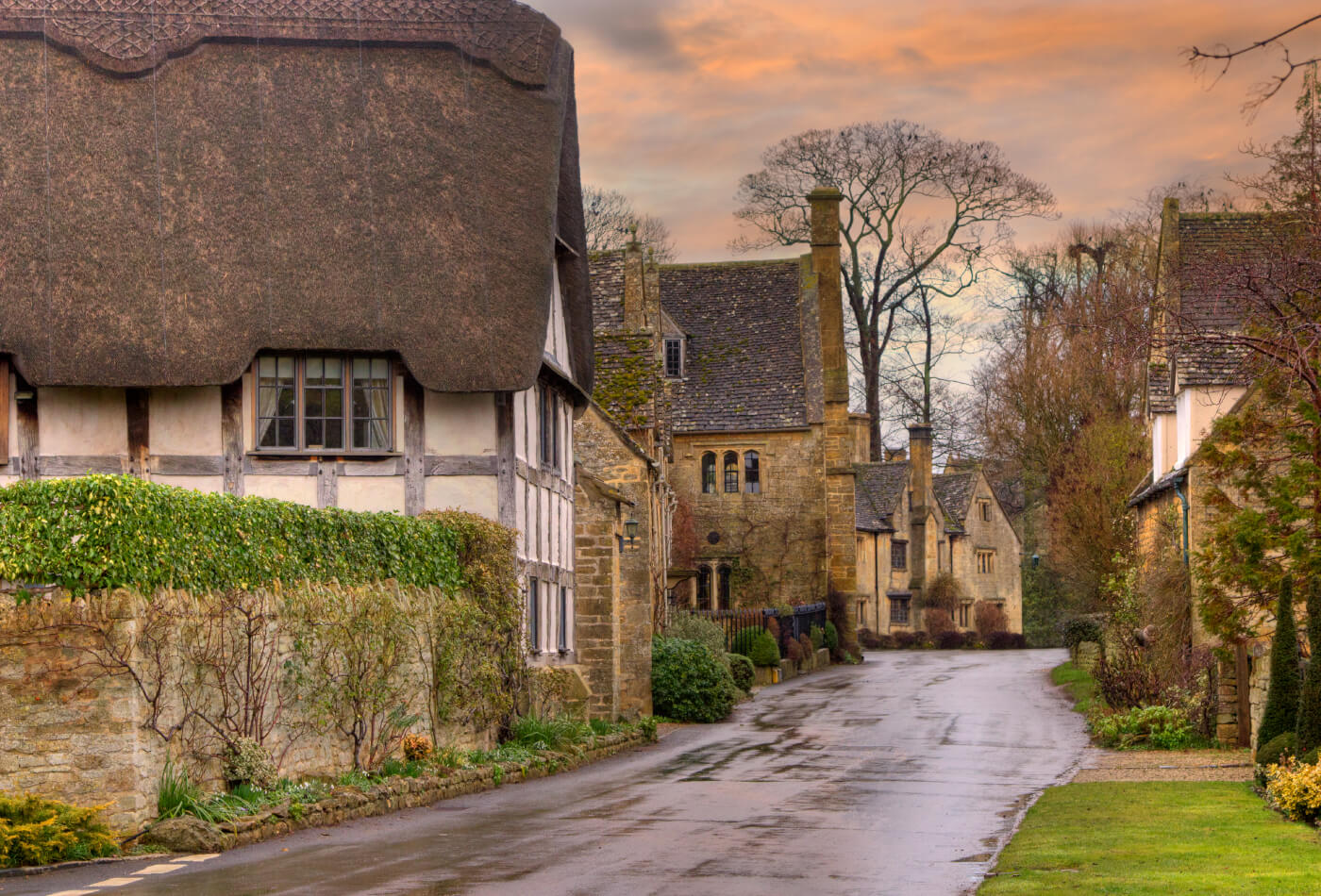 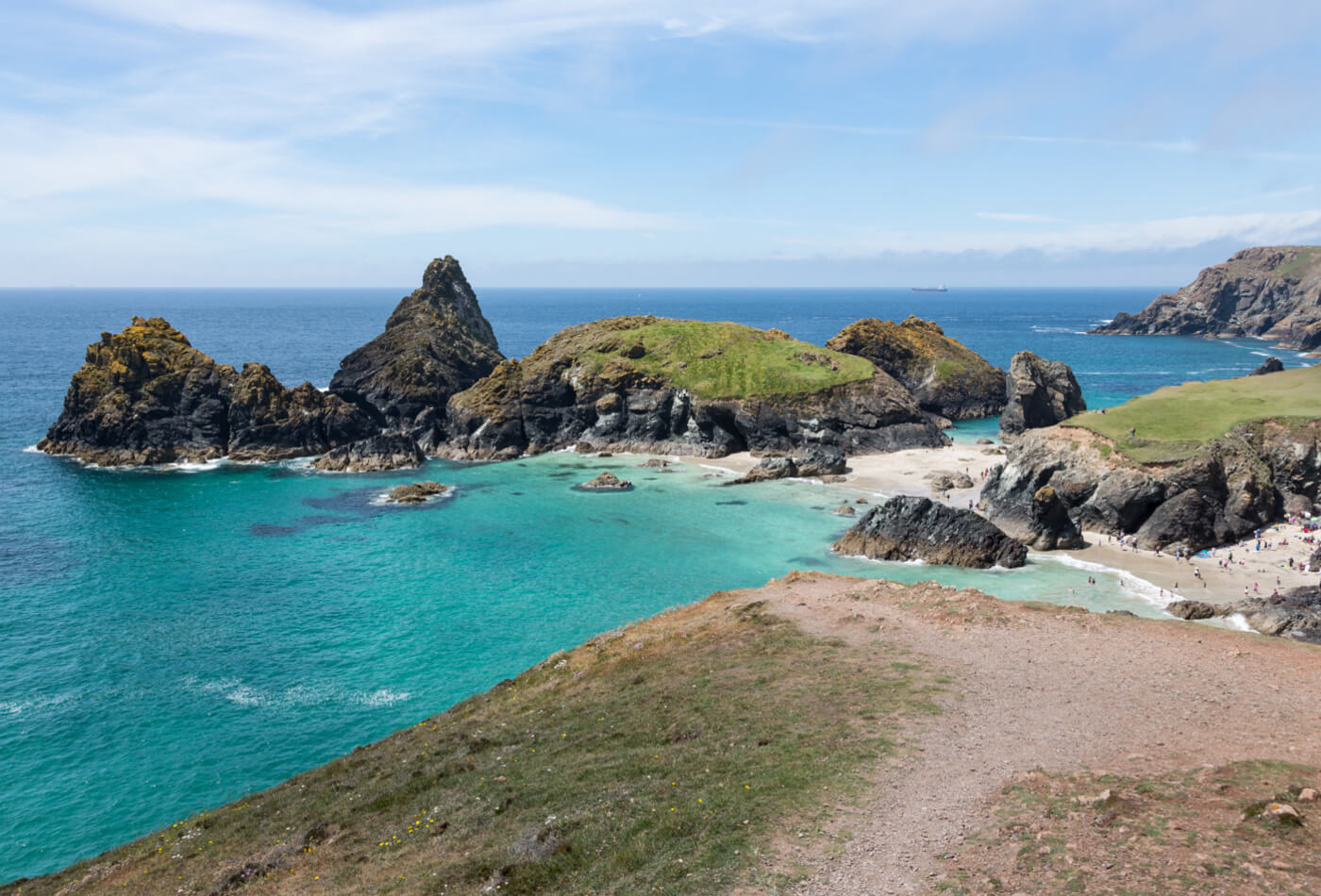