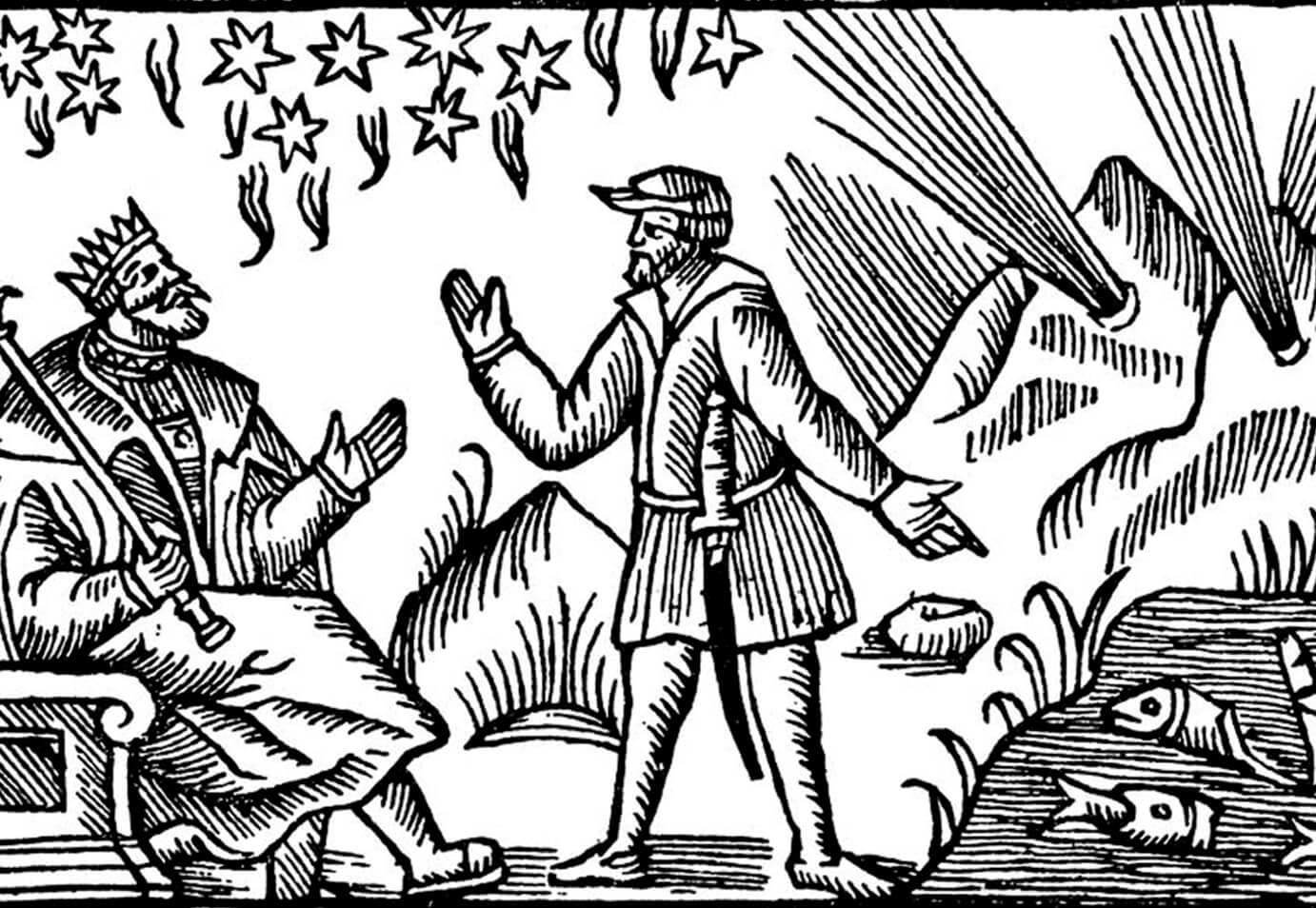 With all manner of vast, ruggedly beautiful landscapes dotted with settlements that stretch far back into the ancient past, it’s no wonder Yorkshire has spawned some wonderfully curious folktales. We’ve brought you six of our favourite, lesser-known Yorkshire legends to spook, delight and inspire you.

It’s said that a terrifying dragon took up residence in a hole near the village of Slingsby during medieval times, making travellers along the road to Malton its prey.

Fearful of the beast, villagers supposedly diverted the road a whole mile around its lair. Eventually, a brave local knight, thought to be a member of the local Wyville family, is believed to have slain the monster with help from his faithful dog, though the knight was fatally wounded in the fight.

Today, you can see the tomb of a knight bearing the coat of arms of the Wyville family in the nearby Church of All Saints. A 17th-century historian described the stone knight as once having the carved effigy of a sleeping dog at his feet. Who knows? If the knight and his dog really existed, perhaps the dragon did too…?

The town beneath the waves – Lake Semerwater

According to popular local legend, a large town once stood on the spot where this glacial lake is found.

One day, a weary man clothed in rags appeared in the town and tried to beg for food and shelter at each house. However, he was turned away from every door, apart from the very last one, which was home to a humble couple who welcomed him as a guest and offered him the best of what they had, though they had little.

As he left the town, the man turned around and, casting off his rags, revealed himself as a dazzling angel. To punish the townsfolk for their unkindness he uttered a terrible judgement upon them: “Semerwater rise, and Semerwater sink, and swallow the town all save this house, where they gave me food and drink.” As he spoke, water rose up from the ground and swallowed every building in the town – all except the home of the couple who offered him food and shelter.

Interestingly, excavations undertaken when water levels were low in the 1930s revealed the remains of an iron-age settlement on the lake bed. Perhaps there’s a grain of truth is this strange tale of angelic vengeance? Taking the form of a terrifying, spectral dog, the Gytrash is believed to haunt lonely roads throughout North Yorkshire and lead travellers astray. Little is known about the origin of this dark creature, half-lost in the mists of time; in fact, one of the only surviving literary mentions is a fleeting passage in Charlotte Brontë’s Jane Eyre. On the topic of famous literature, it’s also very likely that this mysterious canine ghoul inspired Sir Arthur Conan Doyle to write his novel, The Hound of the Baskervilles.

Peer into the depths of your heart’s desire – the River Ouse, York Now largely forgotten, there is an old folk tradition in York that tells that, if you were to drop five white stones into a special part of the river Ouse as the Minster clock strikes one on May Day morning, the surface of the water would show you a reflection of anything you desire to see, be it in the past, present or future. Sadly, the secret of the river location for summoning up these watery visions has passed out of living memory!

The site of this historic well can still be spotted in a field to the west of St John’s Church in Harpham, with a circular fence of old, iron railings surrounding it.

The story goes that William the Conqueror promised to make the first man from his army to reach the village a baron of the area. As luck would have it a drummer boy arrived first, but another man of the king’s army, a member of the  St Quintin family, followed close behind. Wanting to claim the land for his own, he murdered the boy and threw his body down the well.

Since then, an ominous drumming sound has been heard coming from the well, portending the imminent death of a member of the St Quintin family. It’s thought that the remains of a once grand hall belonging to the prominent family are also located on the field; perhaps the drummer boy’s spirit is to blame for the hall’s decline…

Fancy a legendary holiday in Yorkshire? Create your own unforgettable tales to be told on a trip at one of our Yorkshire cottages – just keep an eye out for the Gytrash and any dragons, while you’re there. For more holiday inspiration, take a look through our Yorkshire Travel Guide. 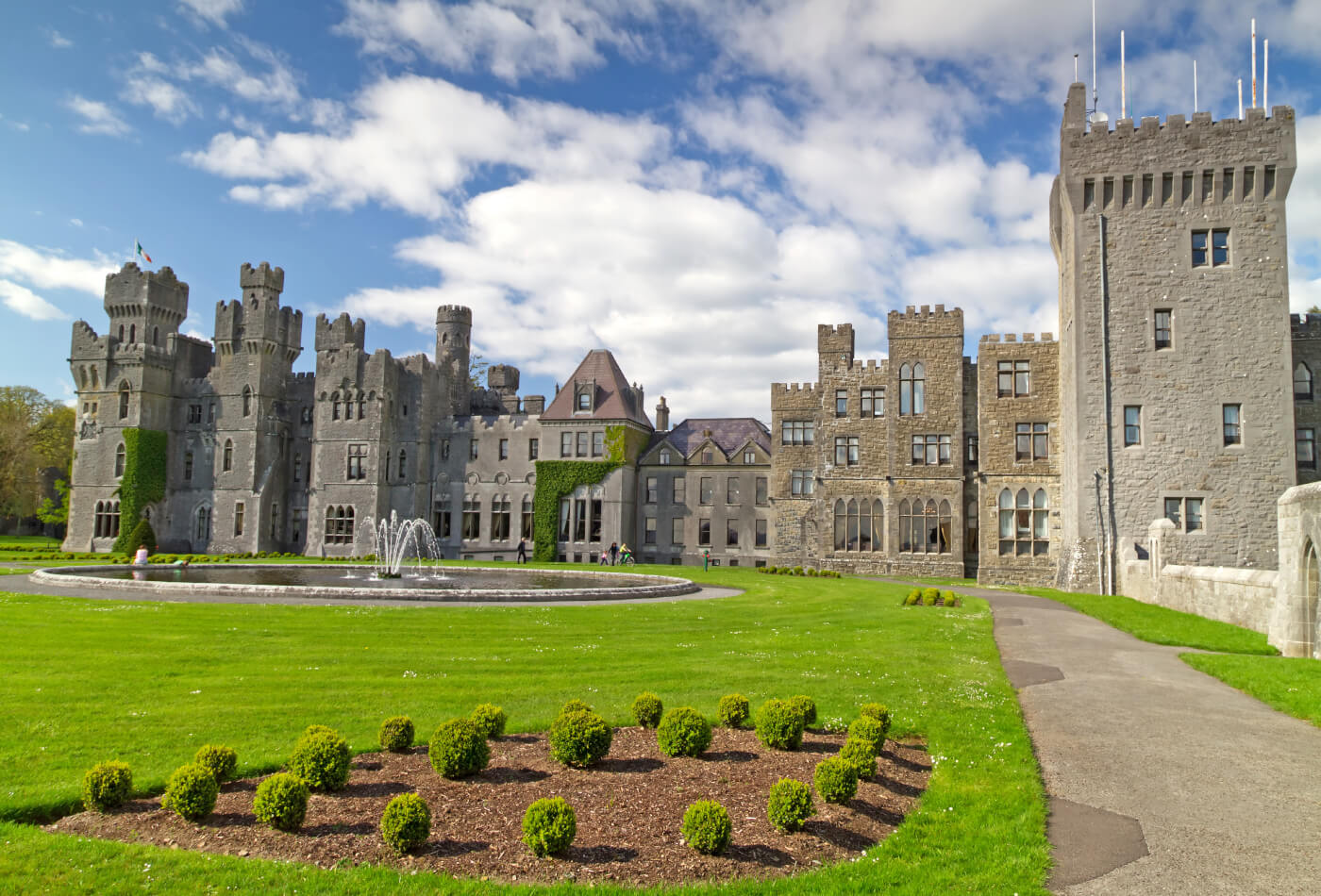