8 Interesting Facts about the Brontës

This year marks the 200th anniversary of Emily Brontë’s birth. To celebrate this, we have compiled a list of interesting facts about the unassuming Brontë family, a family who have fascinated the world for nearly two centuries.

On the 30th July 1818, Emily Brontë was born, the fifth child out of six born to Patrick Brontë and Maria Branwell. After losing her mother and two eldest sisters at a young age, Emily became very close with her three other siblings; sisters Charlotte and Anne as well as her brother Branwell. When not playing on the moors surrounding the Brontë Parsonage in Haworth, the children would often be writing short stories or poems together.

The Brontë sisters are now renowned for their novels; The Tenant of Wildfell Hall, Jane Eyre, Villette, Shirley, The Professor and last, but in no way least, Wuthering Heights. Emily Brontë’s only published novel is arguably the most famous of all the Brontë Sisters’ works, a staple in most English Literature classrooms with characters like Cathy and Heathcliff enduring and appealing to readers for nearly two centuries.

Fantasy worlds, crack shots and adultery, read on for our list of interesting facts about the Brontës.

1. Brontë or Brunty (or Possibly Prunty)? 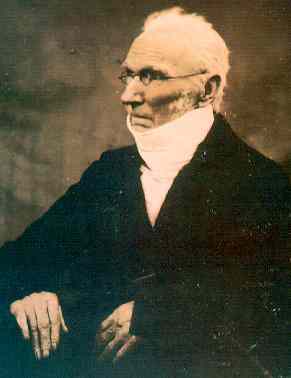 Patrick Brunty was born in County Down, Northern Ireland, in 1777, the eldest of Hugh Brunty and Eleanor McClory’s ten children. Although from a poor background, he had an affinity for learning and by the age of 16 he had taken the role of master of the village school. Mostly self-educated, Brunty received some help from local clergymen and eventually attended St John’s College, Cambridge in 1802. While at Cambridge he changed his surname to ‘Brontë’ due to his admiration of Lord Admiral Nelson (who was awarded the Dukedom of Bronte at the end of the 18th century). 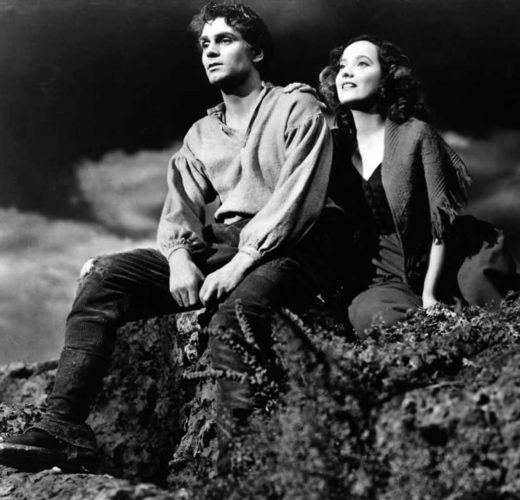 There are a number of theories as to who inspired the infamous character of Heathcliff. One theory is that Emily was inspired by the Sill family of Dentdale and the white changeling they treated like one of their slaves, with local gossip about the family possibly reaching the school that she and her three sisters attended.

However, an interesting theory links back to their Irish family. Patrick Brontë’s great-grandfather Hugh Brunty once returned from a business in England with a dark street urchin, whom he brought home and raised as one of his own. The boy became known as Welsh and soon became Hugh Brunty’s favourite, much to the displeasure of his biological sons. Driven out after Hugh Brunty’s death, he later returns and marries the youngest daughter as well as adopting one of his nephews (Patrick’s father), after a change in financial circumstances Welsh becomes sour and abusive. A story that shares many similarities with that of Heathcliff. 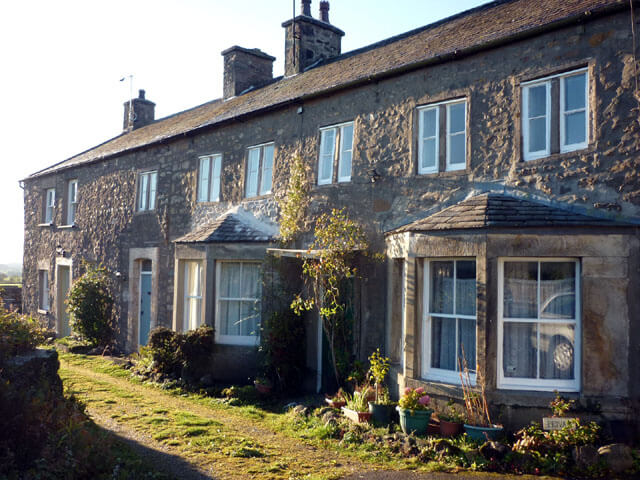 Maria and Elizabeth Brontë were the eldest out of the six Brontë children. They attended the Clergy Daughters’ School, Cowan Bridge, with a six-year-old Emily and an eight-year-old Charlotte but subsequently died from tuberculosis after a number of months at the school, during a severe outbreak. The school was later to figure as Lowood School in Charlotte’s Jane Eyre, featuring similarly terrible conditions. The girls were malnourished, lived in damp and cold surrounds and subject to corporal punishment (it is recorded that Maria was often beaten by their teachers).

The character of Mr Brocklehurst, Headmaster of Lowood, was based on the Headmaster of Cowan Bridge, Rev William Carus-Wilson, who later attempted to sue Charlotte for her misrepresentation of his school. In reply to this, Charlotte wrote an amended version of Jane Eyre and sent it to Carus-Wilson. This amended manuscript has never been found.

4. Emily Brontë was a top Markswoman

The village of Haworth was strongly reliant on industry during the 19th century, with many villagers employed in weaving. The 1830’s and 40’s saw a a great deal of unrest in the village and the surrounding areas such as the town of Keighly, with strikes and Chartists marching. Patrick was a gun owner and due to the uncertain times, decided to train one of his kin to shoot. Unhappy with Branwell’s wayward character, he chose Emily and she soon became a crack shot, rarely missing the centre of a target. A family friend John Greenwood described her as having ‘as firm a hand, and as steady an eye as any veteran of the camp’. 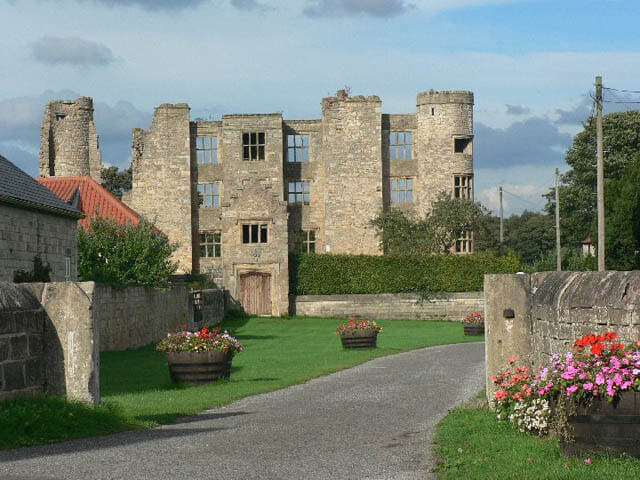 The ruins of Thorpe Green Hall, destroyed by fire in 1895.

Patrick Branwell Brontë is renowned for being the rogue of the family; a drunkard and opium addict, but did he also have an affair with his employer’s wife?  At the age of twenty five, Branwell left Haworth for the role of tutor at Thorp Green Hall, under the employment of the Robinson family. Three years later, Branwell was ordered to leave the hall and returned home to the Parsonage in disgrace. There is much conjecture as to the reasons behind this abrupt termination, a number of historians believe that Branwell had an affair with Mrs Robinson, who was almost twice his age. Elizabeth Gaskell, Charlotte Brontë’s biographer once described Mrs Robinson as ‘that bad woman who corrupted Branwell Brontë’. Although some dispute this theory and believe it was merely Branwell who was infatuated with his employers wife.

Before George R.R. Martin, before C.S Lewis and before J.R.R. Tolkein, the Brontë siblings were writing fantasy fiction, creating the fictional worlds of Glass Town, Angria and Gondal, known as the Glass Town Confederation. The children were no older than eleven when they decided to create these fantasy worlds, initially inspired by Branwell having received a number of wooden soldiers. They created characters with full back stories and would write poems and prose around such figures, often inspired by real life personalities. The children wrote their stories inside miniature books the size of a credit card in minuscule writing, the pages measuring 2.5cm by 5cm. The works contain princesses, emperors and generals riding giant lions made of water into battle, so it is fairly easy to see why some critics view this fiction as a very early example of science and fantasy fiction. 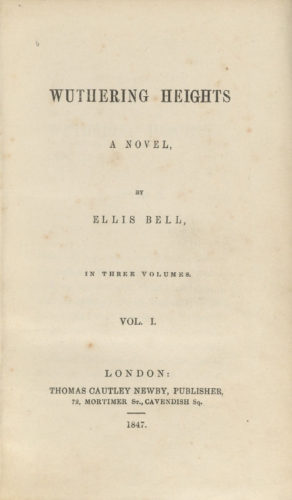 The title page of the 1847 edition of Wuthering Heights with Emily’s pseudonym Ellis Bell.

After Wuthering Heights was published in 1847, it is believed that Emily had began a second novel due to a letter from her publisher Thomas Newby, who urged her not to rush with her second novel. Emily died from Tuberculosis in the December 1848 and no more was heard about this second novel. Was it finished? What happened to it? Many believe that Charlotte destroyed the novel after Emily’s death, possibly due to its content (Charlotte had apparently been uneasy about the content of Wuthering Heights), however there is no proof of this or that the novel was ever destroyed.

8. Emily Brontë and the Rabid Dog 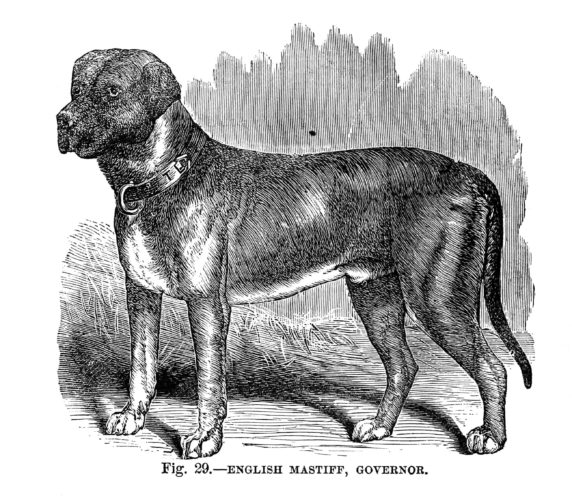 Emily Brontë loved animals, in particular dogs, and is recorded as having a large mastiff called Keeper whom she doted upon. Keeper supposedly walked with the mourners at Emily’s funeral and cried and howled at her bedroom door for nights after her death. In an anecdote from Elizabeth Gaskell’s biography of Charlotte, Emily is reported to have had a strong nerve around dogs; disciplining Keeper when he misbehaved as well as cauterising her own wound to the bone with a red hot poker after being bitten by a rabid dog. 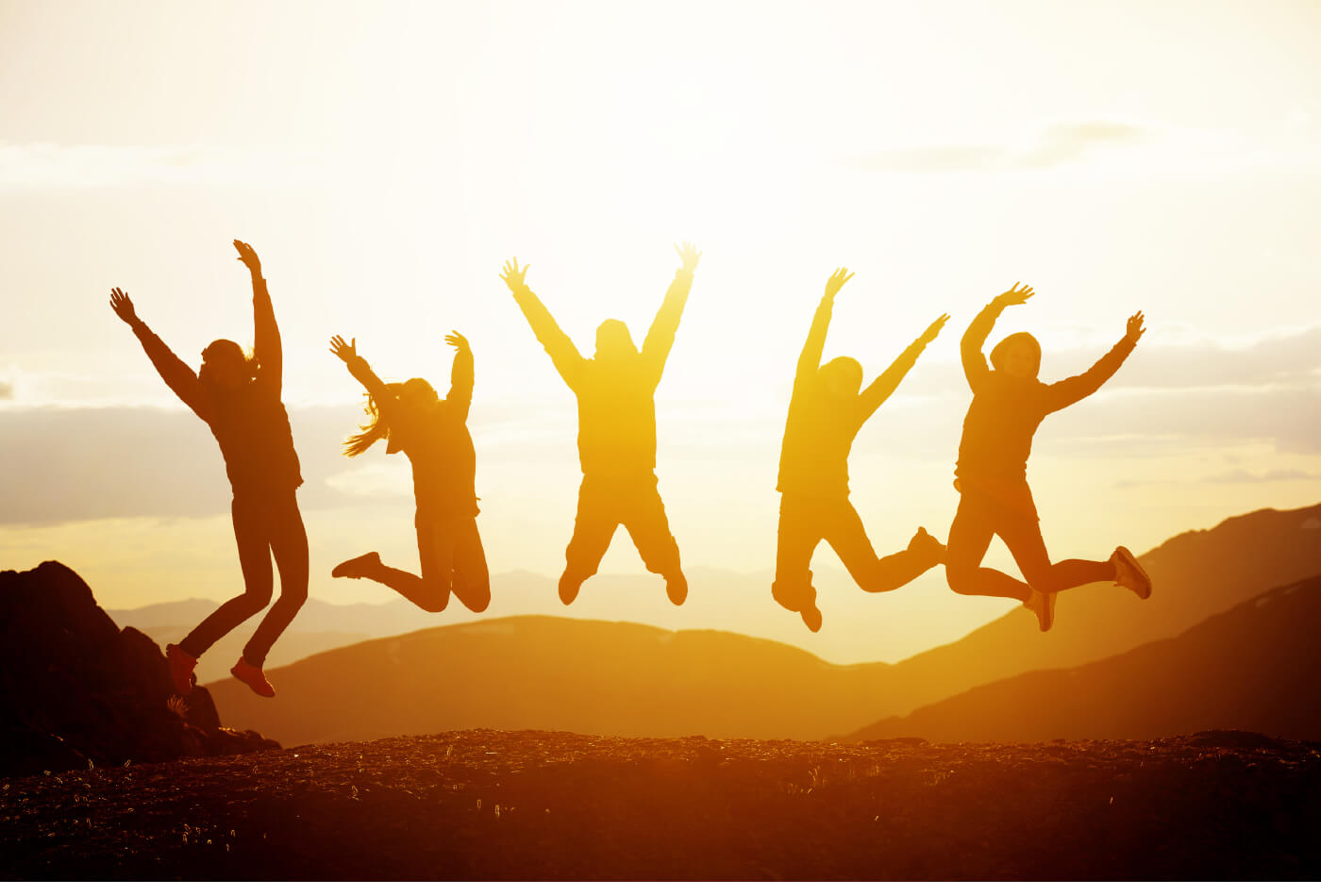 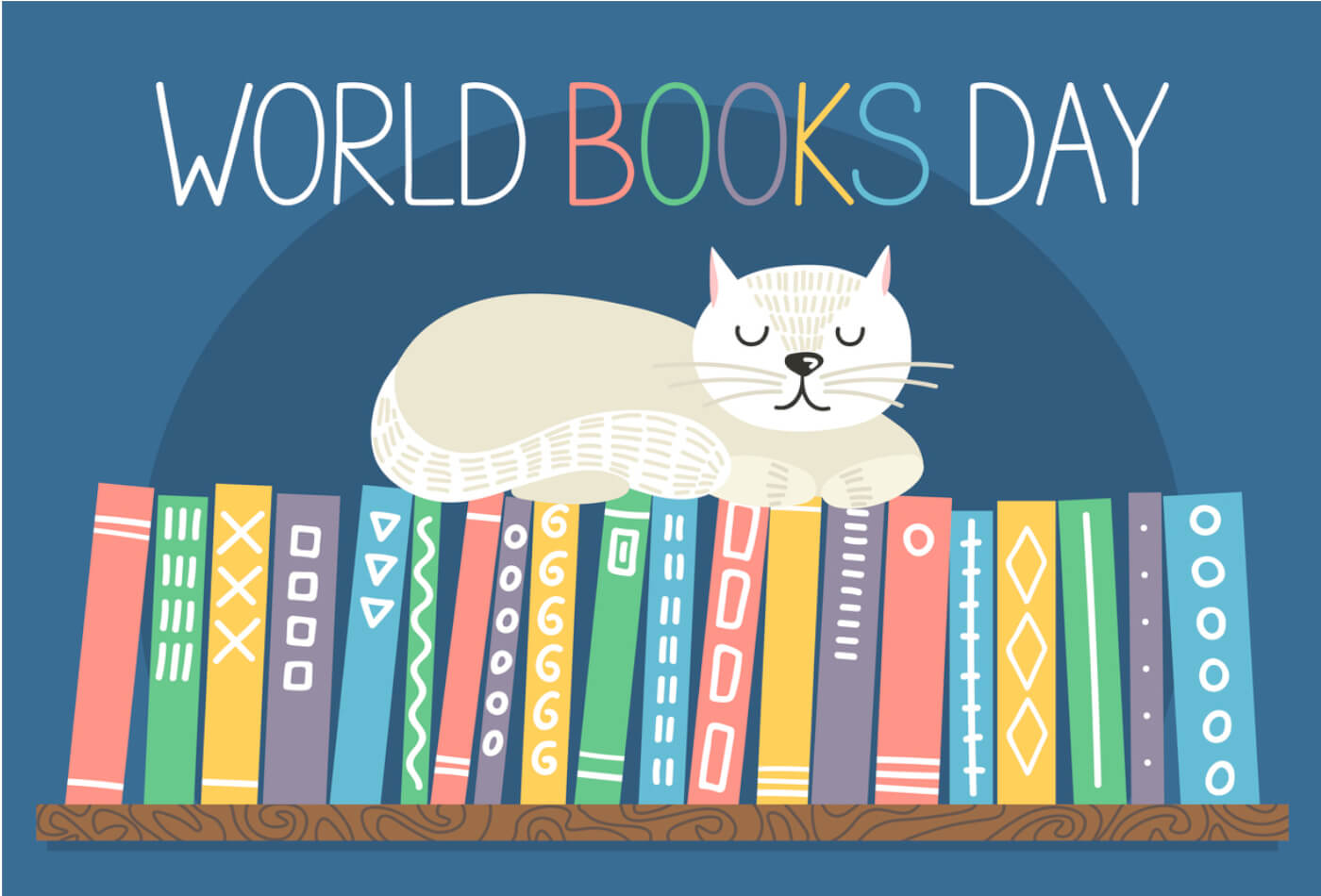 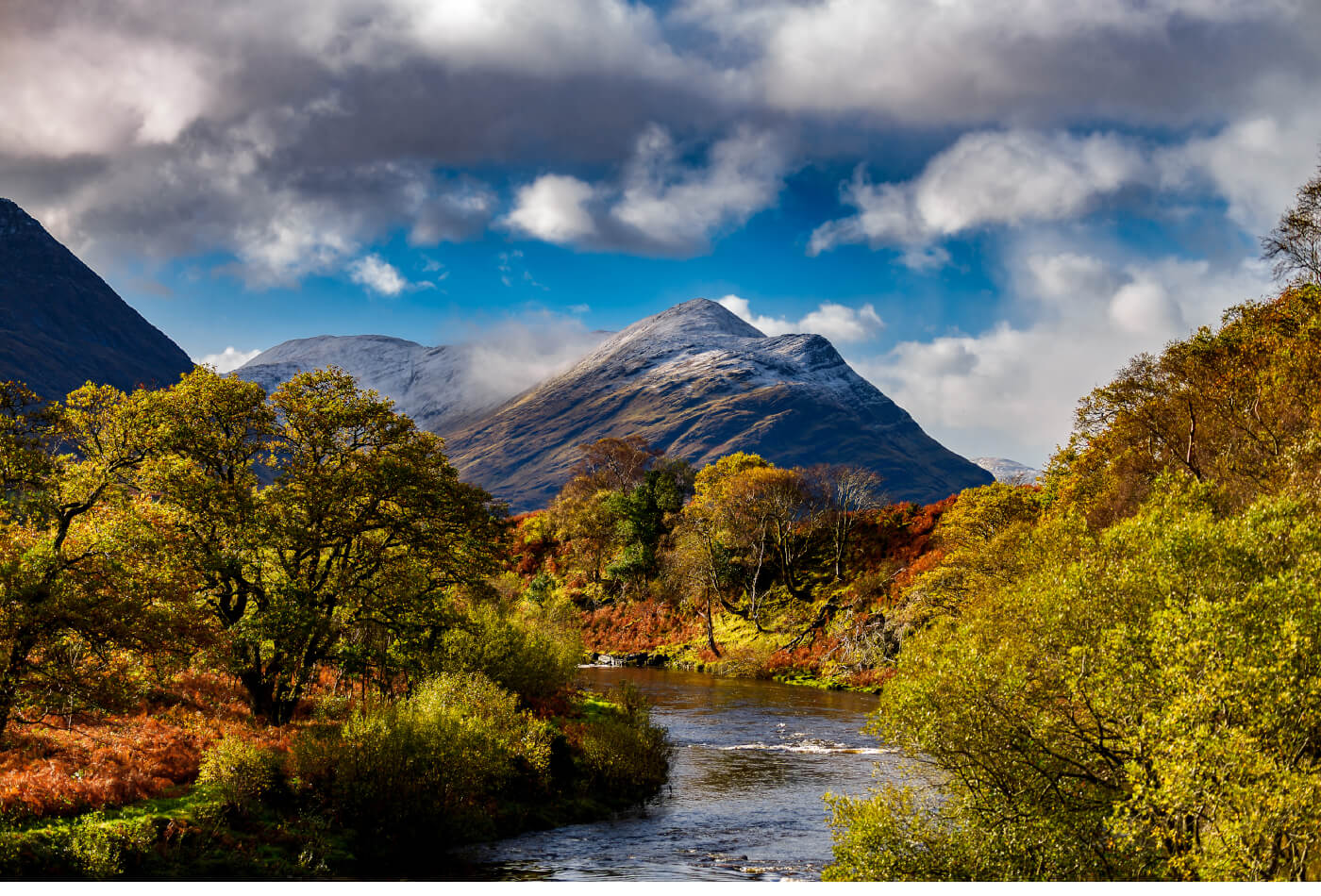 Ireland is filled with many weird and wonderful facts that you may have not known about this island off...