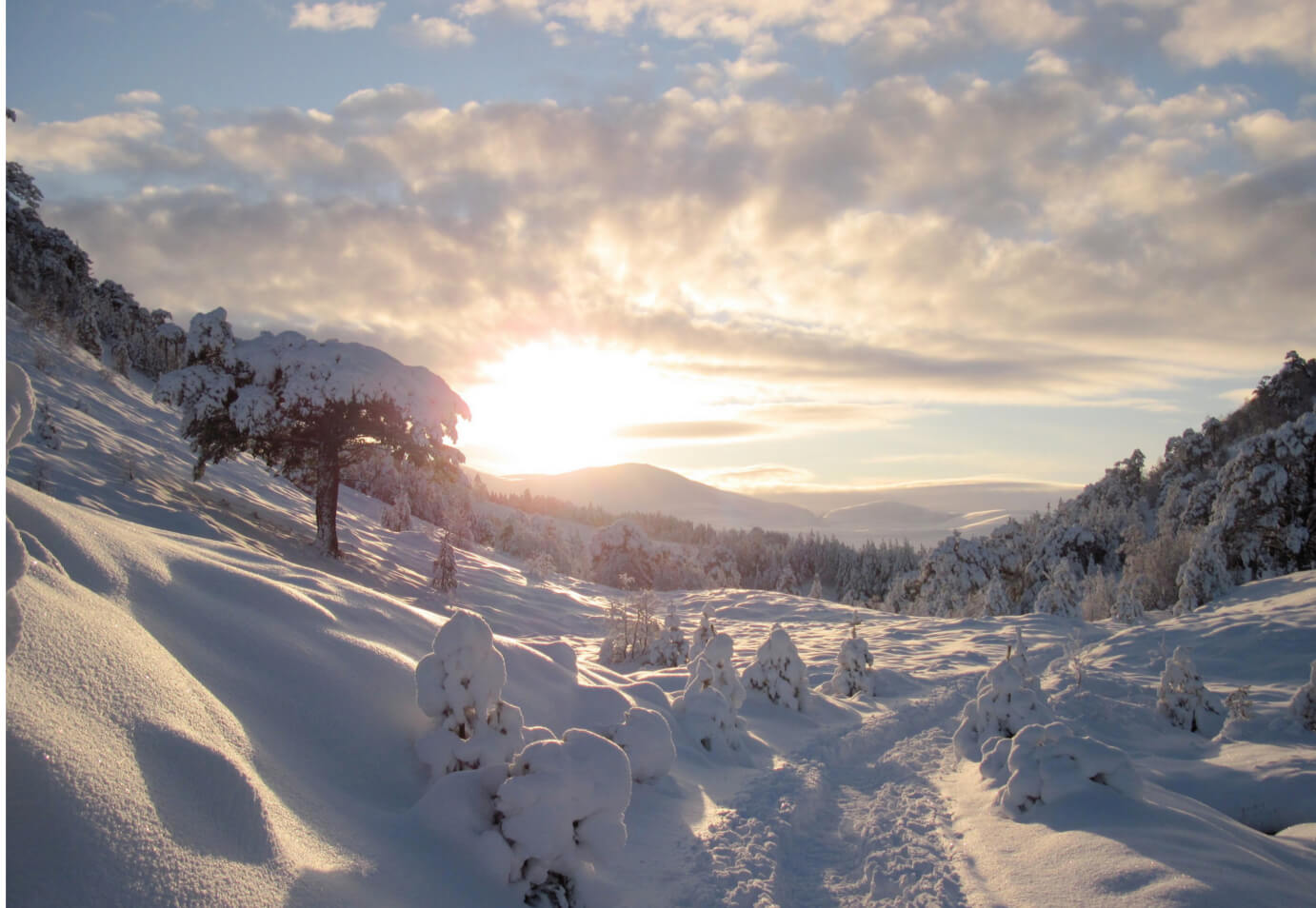 The last White Christmas in the UK was in 2010, so isn’t it about time for another one?

There aren’t many more magical things than the sight of snow on Christmas Day. We have done some research to find out just how likely a White Christmas is in the UK.

What makes it a White Christmas?

It doesn’t have to be a blanket of snow over the UK to make it an official White Christmas. To qualify as a White Christmas, there needs to be one falling snowflake witnessed on the 25th December, anywhere in the UK.

Christmas in Britain is forever associated with snowy landscapes and the traditional festive nostalgia of the Victorian era. This is evident by the many Victorian Christmas markets in the UK.

Unfortunately, our winter climate has changed over the years and winters in this day and age are much milder. This makes snow in December far rarer than it once was – but there is hope for 2018.

Will the UK have White Christmas in 2018?

We’ve seen snow somewhere in the UK on 38 Christmas days over the last 55 years. So, despite the country’s strong wishes for a White Christmas, we actually experience at lease one every other year. But it’s not quite like it is in the films, is it?

The Met Office have predicted snowfall in a number of places across the country in the days leading up to Christmas.

Several bookmakers have claimed that a magnitude of bets have been placed on there being a White Christmas in a number of UK locations. Whether this be through weather forecasts, or simply through hope, it’s hard not to get excited.

1/2 odds have been quoted for snow to fall somewhere in the UK on Christmas Day – fantastic news for you White Christmas wishers.

Where is it likely to be a White Christmas this year?

The bookmakers seem to predict that the further north you are, the higher the chance of enjoying a White Christmas. In terms of the UK’s major cities, those in Scotland are the shortest odds to get snow on the big day.

Still, do not count out major cities such as Manchester and London, as they are still in with a shot.

We have come up with a list of the most likely places you can visit to experience snow in the UK this Christmas. 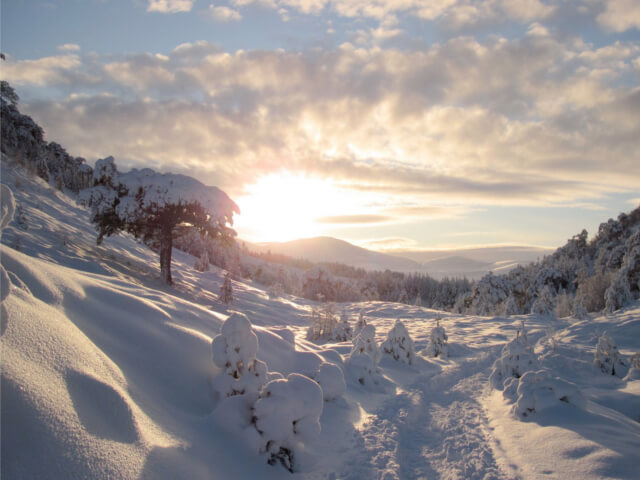 The Cairngorms are one of the UK’s snowiest spots throughout the year, nestled in the heart of Scotland’s Grampian Mountains.

According to the Met Office, the weather station at the Cairngorm chairlift has recorded the highest average number of days with snowfall in recent decades. It comes as no surprise that it is one of the most popular destinations for winter sports.

The Cairngorms National Park is a truly stunning landscape to experience in winter. The beauty of its mountain peaks, woodlands and ice-carved glens is doubled when blanketed by glittering snow.

The Cairngorms rest within distance of some of the major Scottish cities that are likely to experience snow this Christmas. Aberdeen, Edinburgh and Glasgow are the three most likely cities in the UK to have a White Christmas. 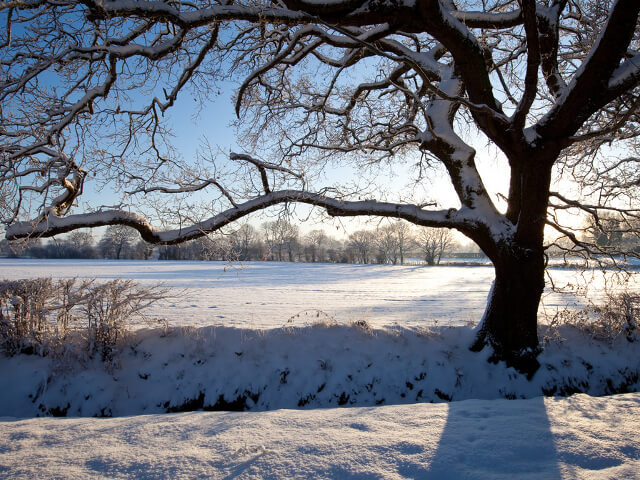 During your trip to the North York Moors, you can delve into the world of Harry Potter. Visit Goathland train station, the site of departure for the famous Hogwarts Express.

From this astounding landscape, the striking cities of Newcastle and York are accessible. Leeds is slightly further afield, all three are among the most likely cities in the UK to experience snowfall this festive season. 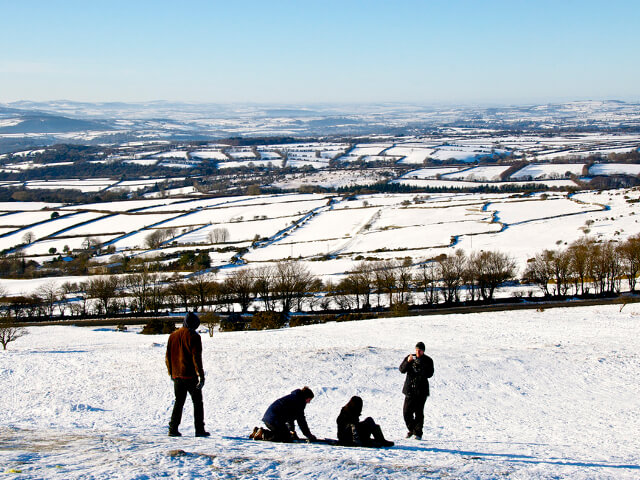 It’d come as a surprise if the dramatic landscape of Dartmoor didn’t see some snow on Christmas Day. It boasts the highest point in southern England, as well as one of the UK’s highest towns. Dartmoor rarely misses out on a sizeable winter snowfall.

This mystical landscape has filled mankind with awe for thousands of years, displaying ancient monuments that cover this wild moorland.

Snow-brushed Dartmoor’s unique wonders are truly something to experience this Christmas. 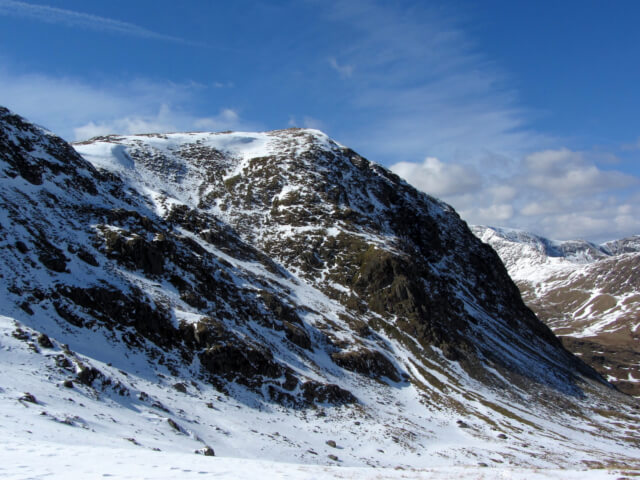 The Lakeland fells of Cumbria are the highest point in England. If snow falls in the UK this Christmas, you can bet your bottom dollar it’ll be here.

Imagine waking up in a Lake District cottage admiring the misty water and fells covered with snow? We couldn’t think of anything better than a walk with all the family in this magnificent part of the world on crisp Christmas Day.

Looking for a last minute Christmas getaway? Our selection of cottages for Christmas is the gift that keeps on giving. 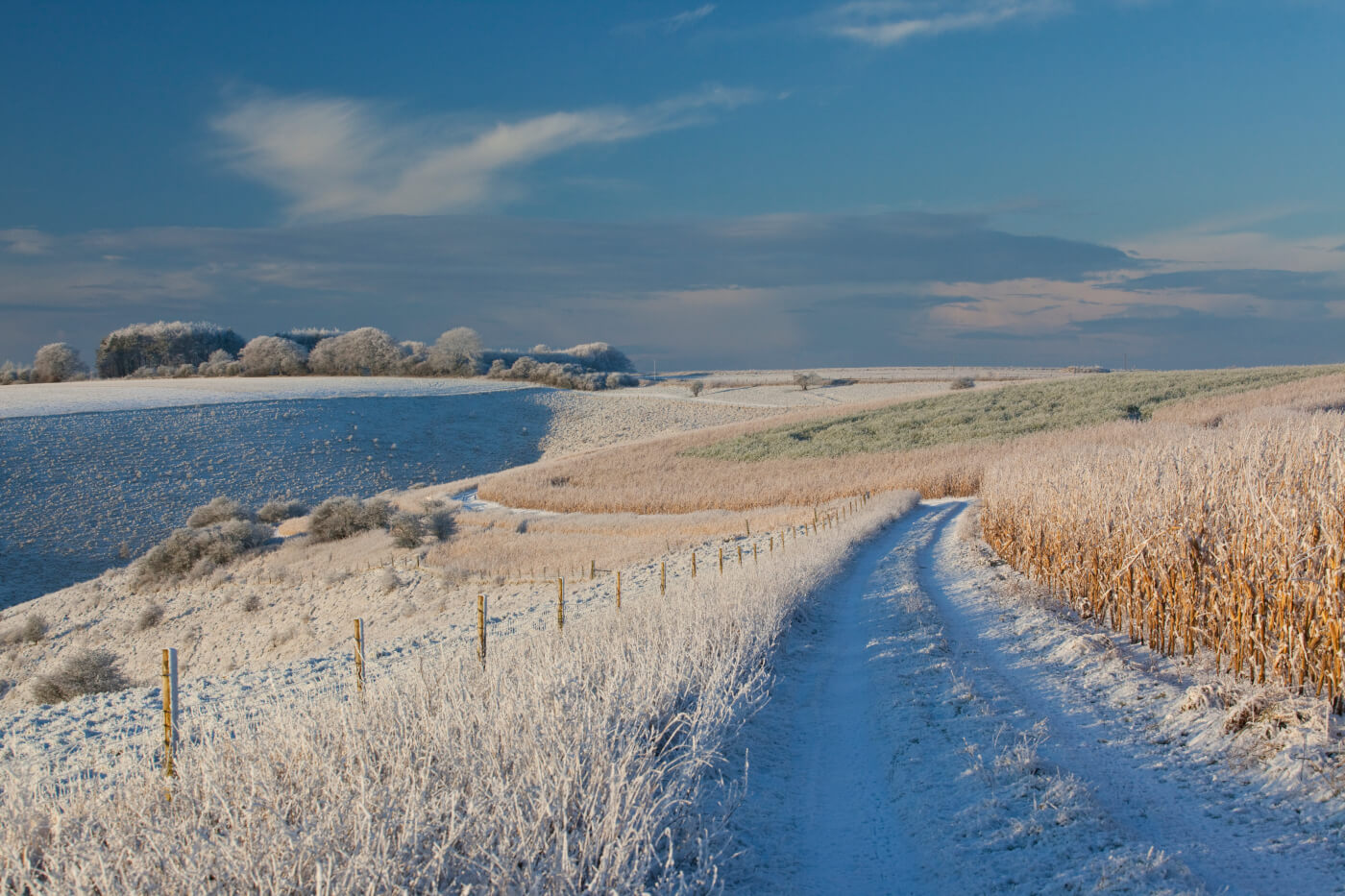 6 Reasons to visit Dorset in Winter

If you’re looking for reasons to treat yourself and your loved ones to a winter break in Dorset, then... 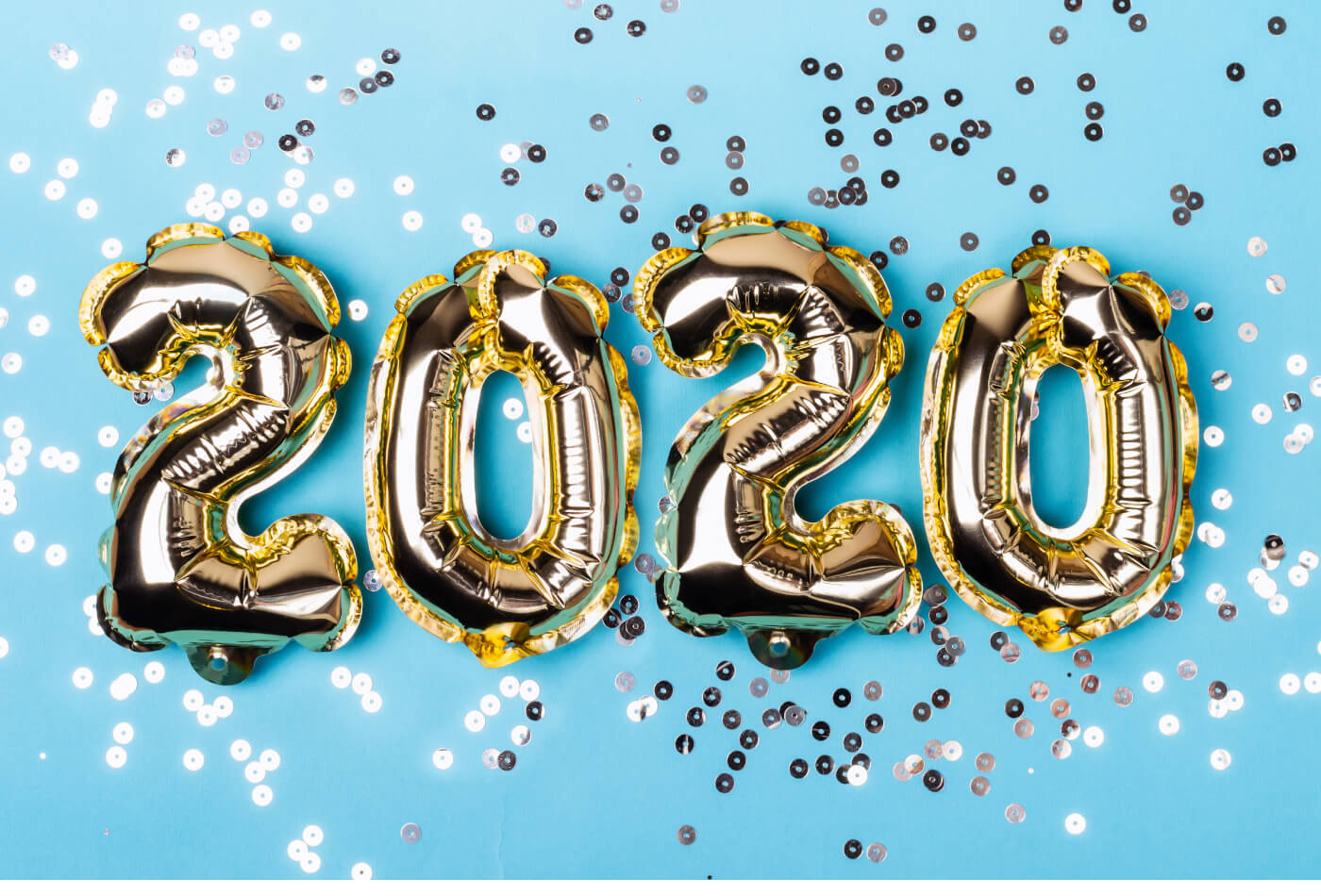 New Year’s Resolutions are made to be broken. However, our 20 for 2020 are designed to inspire adventure this... 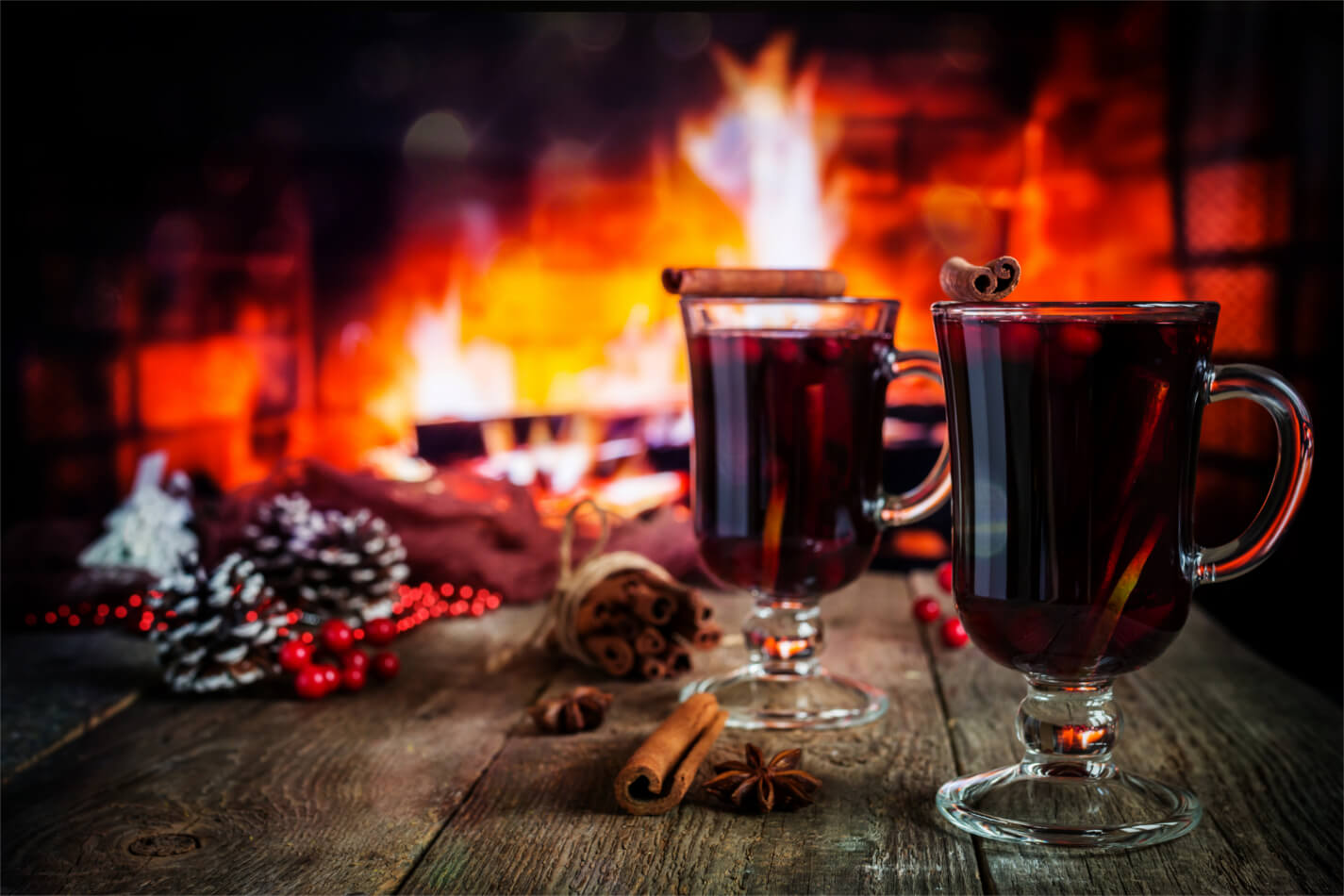 12 Picturesque Places to Spend Christmas in the UK

Do you dream of escaping the usual hassles of the festive season to a Christmas holiday destination in the...