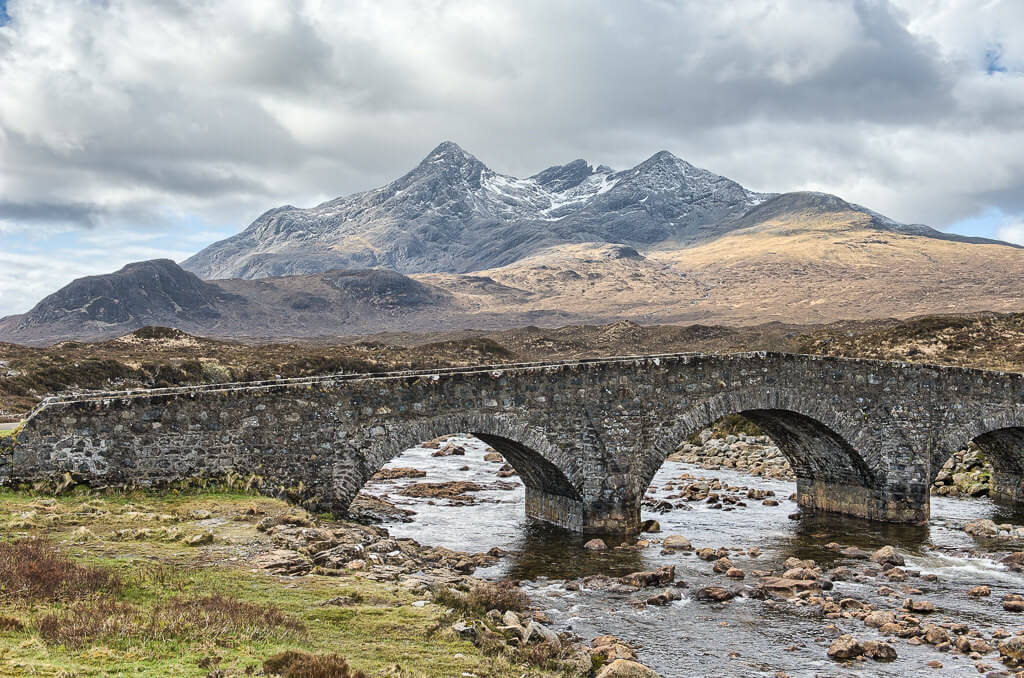 Have you ever wondered where those famous Macbeth locations were filmed? With a new Macbeth movie having hit our screens in 2015, you may be delighted to find out many of its scenes involve striking UK landscapes.

Justin Kurzel’s spectacular adaptation of Shakespeare’s revered tragedy, Macbeth, hit cinemas on 2nd October 2015 and true to form, Scotland played a starring role. Its dramatic, sullen landscapes helped bring this timeless classic to life on screen in a dark and powerful film that has been hailed a success, with stars like Michael Fassbender bringing the famous protagonist turned antagonist to life. 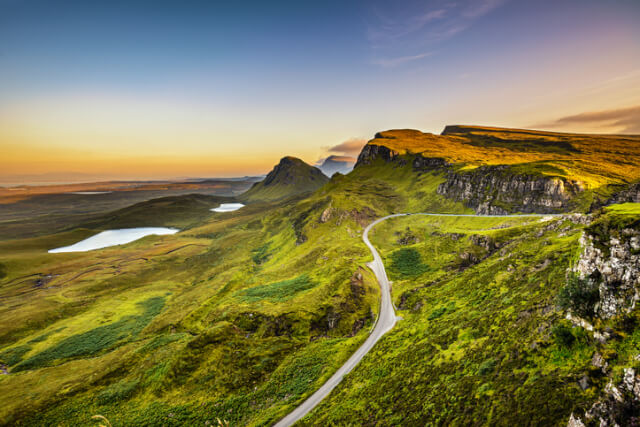 It is the Isle of Skye that takes on the protagonist role in this adaptation. Filmed in the depths of winter during its wildest and unforgiving hour, the shots of the island reflect perfectly the merciless nature of the play. The Quiraing, with its distinctive rock formations, is a spectacular sight and is the pinnacle setting in Macbeth when he returns from battle and is awarded the title, Thane of Cawdor. On a journey to Inverness, Lady Macbeth also passes through this rugged landscape.

Choose this location for a long scenic walk with your loved ones, boasting impressive views across the cliff faces and rock structure, locally known ‘Prison’, particularly good during the summer months. This Quiraing Scotland walk stretches across 6.8km and averages around 2 hours to complete, with a small local car park at the highest part. 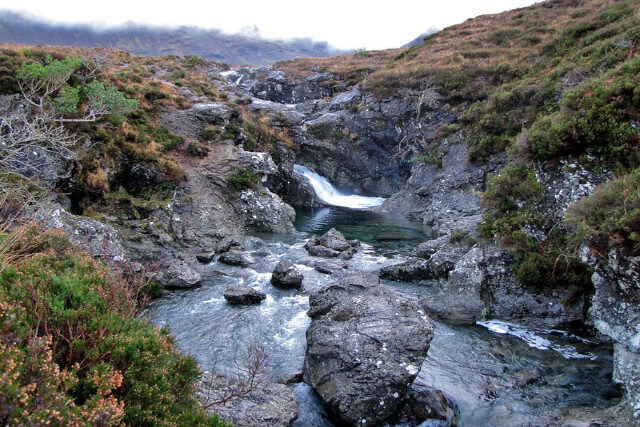 Another Macbeth location is Glen Brittle Forest and the Fairy pools, it is here in the woodland, overlooking Cuillin Ridge, that Banquo is killed on Macbeth’s orders – a pivotal scene in the film. The crystal clear waters at the Fairy Pools are close by, their sparkling blue waters and waterfalls are mesmerising and well-worth the visit.

This is another excellent walking opportunity with it estimating 20 minutes to circle the largest waterfall, and some of the Fairy Pools being a wonderful occasion for some swimming. You can finish the walk in around 40 minutes, a delightful spot for a morning or evening stroll. 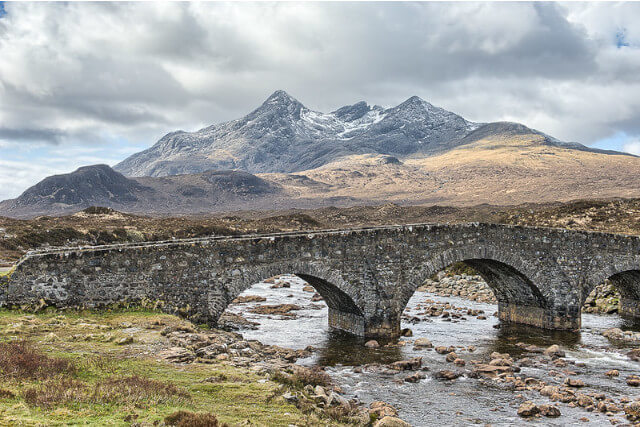 This extraordinary Skye landscape is where Lady Macduff and her children are murdered on Macbeth’s orders. Sligachan Glen is a magnificent spectacle to behold and though beautiful, its imposing, isolated position does offer a sense of foreboding befitting of the play and the events that take place here in the film.

Described as menacing but beautiful, these jagged mountains are rich with red deer and many nearby lakes, with a superb local bar to greet you at the end. 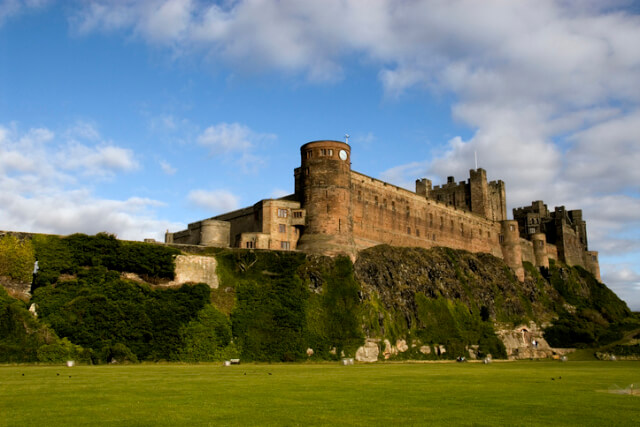 Just outside Scotland, the magnificent Bamburgh Castle lies on the rugged Northumberland coastline and appears in the film as Macbeth’s stronghold at Dunsinane. It is here that Macbeth is eventually defeated by Malcolm who takes his place as King. In real life, this Macbeth castle is a fantastic tourist attraction with 14 rooms open to the public and over 2,000 artefacts to discover.

Dating back over 1,400 years, this spectacular castle rests within 9-acres of landscaped gardens, perfect for explorers.

If it’s architecture you’re interested in, then take a browse through our Downtown Abbey filming locations and make sure to visit during your next retreat.

If you’re a fan of Shakespeare’s Macbeth…

You may also be interested to know there are many popular sites in the UK with interesting connections to the famous tragedy play, some of which include:

Though not featured in the film, Glamis Castle is best known as the place where the Queen Mother grew up. However, one of its rooms, Duncan’s Hall, was named after King Duncan who was killed in his sleep by Macbeth for the title of the throne.

Though the cathedral hadn’t been built during the time Macbeth was set, it was said King Duncan was brought to Elgin Cathedral mortally wounded after an encounter with Macbeth.

Scone Palace was mentioned as being the place of coronation for Macbeth when he succeeds in becoming King.

Dunsinane Hill was mentioned in a speech to Macbeth by a supernatural being. It was also the central location where Macbeth’s army clashed for the Battle of the Seven Sleepers in 1054. 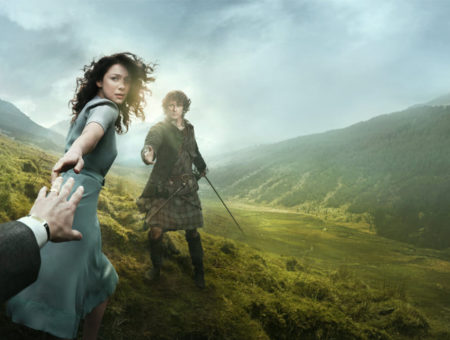 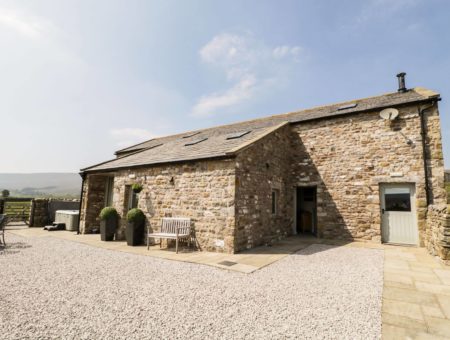