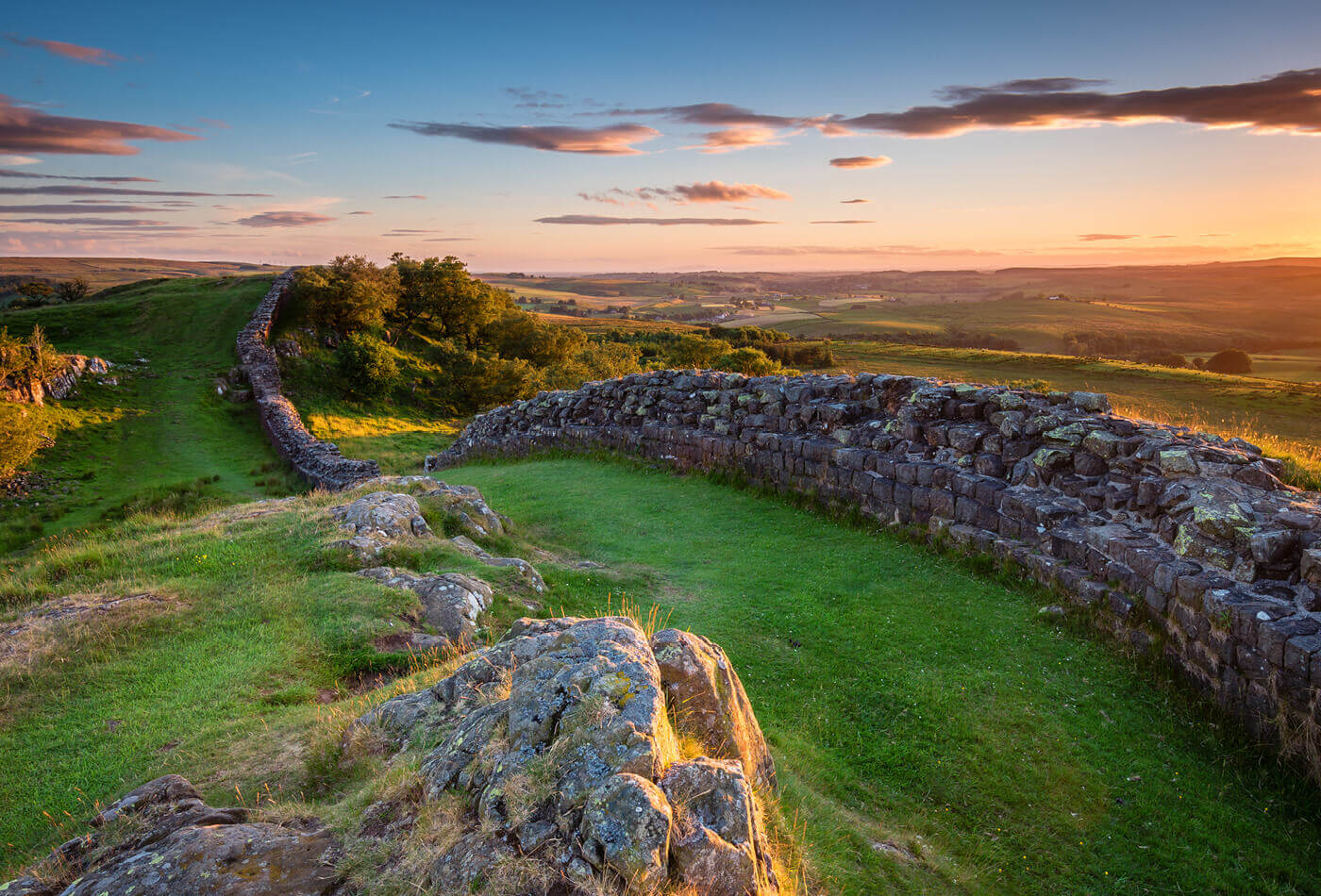 If you are looking for something out of the ordinary, a series of hidden gems in Northumberland to satisfy your thirst for the unknown, then look no further.

What’s intriguing about this part of the UK is its dramatic wilderness; miles of unspoilt beaches and rugged moorland, but not only that, we have found 6 hidden gems within easy grasp during your next holiday to Northumberland.

With its wild and remote coastline etched with castle-crowned villages, following an array of attractions within its stunning National Park, including the finest sections of Hadrian’s Wall, what are you waiting for?

1. The Lady of the North, near Cramlington 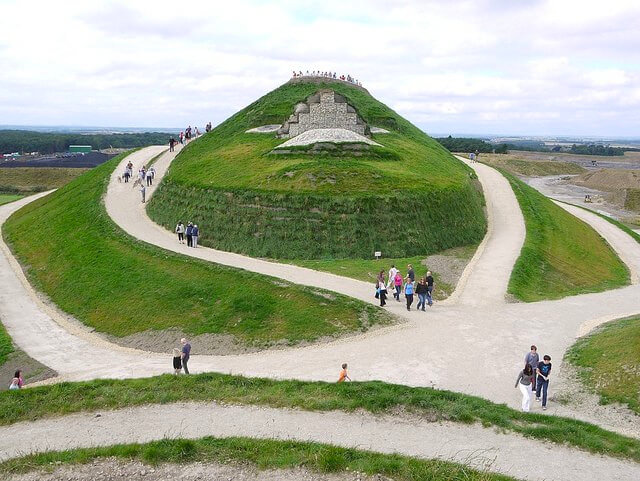 This unique piece of public art rests in a 19-hectare community park, with four miles of winding footpaths to trek and a rewarding beverage in the visitor centre cafe at the end, which is open Thursday to Sunday, 10am to 4pm.

If you love the romance of losing yourself in breath-taking landscape scenery and fascinating art sculptures, this is a hidden gem for you!

Constructed from clay, dirt and slag-waste from the Shotton Surface Mine, this park sculpture of a reclining lady measures at 100 feet in height and reaches a length of a quarter of a mile.

This is one of the world’s largest land sculptures offering stunning walks along swirling paths, winding their way around verdant green hills carving a beautiful, abstract piece of work. Absorb the magnificent scenery and truly make a day of it, with many viewing points, seating areas and picnic lawns to stop off at along the way.

The Lady of the North is a great marvel, an awe-inspiring structure not to be missed. 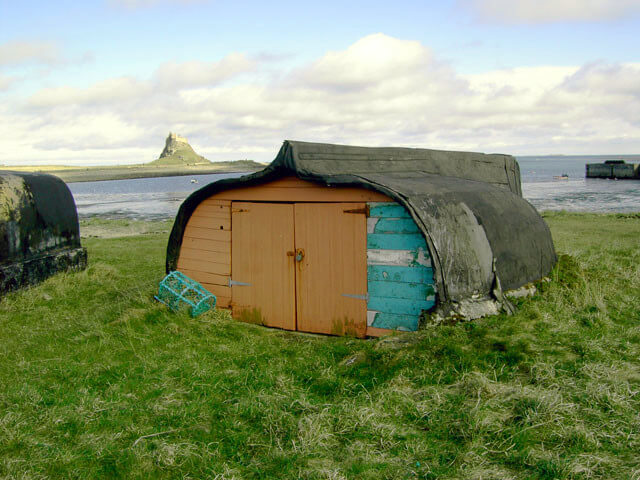 Littering this Northumbrian island with capsized, seafaring boats, is a clever way of up-cycling old timber to house fishing equipment and other articles that to some are worth no merit but to others are valuable treasures.

Holy Island is home to the popular sport of fishing and is considered by many to be a most sacred place of Anglo-Saxon England, and though small in size, boats a rich history together with breath-taking landscapes. Legend has it, it was deemed sinful for fishermen to send their boasts to the junkyard, so instead they have been transformed into creative storage sheds for their handy tools.

This incredible collection of upturned, old herring boats enjoy a second life here on Holy Island, yet be mindful before you go that access to these vessels is entirely dependent on the tides and the causeway, and to cross at low tides only. Don’t let this put you off though, these curious boat sheds are most certainly a sight to see. 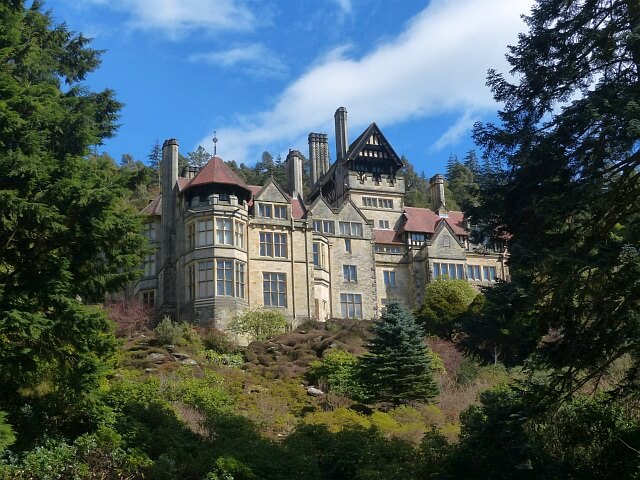 Ever since its construction and completion in 1863, this beautiful Victorian manor was way ahead of its time, with running water to different faucets in the house and the development of the first hydroelectric power generator, putting this grand mansion on the map.

The owner, Lord Armstrong had a huge interest in science and engineering, assisting with the design of showers with running hot and cold water, a rarity of the age. However, his most famous works were the implementation of this small yet effective hydroelectric system.

In 1878, Armstrong came up with the idea to use the water from his lake to create electricity through a dynamo, powering an arc light to one of the manor’s ornate galleries. Later, his experiments continued and the house became even more efficient as time went on.

Now owned by the National Trust, boasting extraordinary gardens and peaceful woodland coming alive each morning with the sounds of birdsong, this impressive country house is a true wonder of its time. Today, you can traipse through its sprawling gardens filled with delightful art pieces and explore the interior, uncovering the history of Lord and Lady Armstrong.

Even rainy days welcome plenty of fun things to do with the whole family, including the secret laboratory known as the Electrical Room where you can see Lord Armstrong’s recreational experiments come to life.

So what are you waiting for? Visit this stunning hidden gem near the town of Rothbury and discover the home of the world’s earliest hydroelectric power generator. 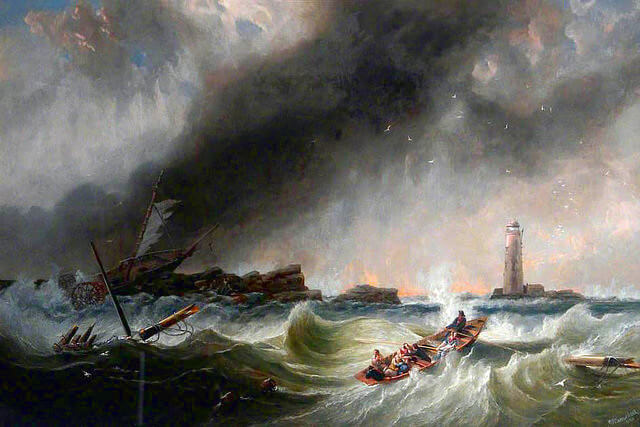 This fascinating museum honours a young woman, Grace Darling, and tells the story of how she became a maritime hero overnight, saving nine people’s lives from one cold, bellowing storm in 1838.

She and her family lived on Longstone Island from 1826, where she helped her father maintain the lighthouse inhabiting it, learned to identify various ships that would pass by and how to recognise the tides and change in the seas.

On the eve of the 7th September 1838, the SS Forfarshire left Hull for Dundee and was soon battling its way through stormy waters after an unexpected maintenance issue arose with one of the vessel’s boilers. The ship drifted in the pitch black of night and due to the miscalculations of the Captain’s navigation, it was headed toward the jagged rocks of Longstone Lighthouse.

The ferocious storm meant Grace Darling couldn’t sleep that night and just after 4:30 am she spotted the wreckage from her bedroom window of the lighthouse, causing her to flee down the stairs to notify her father, pleading for him to take out their small ‘coble’ boat and retrieve any survivors.

They rowed through the storm for nearly a mile tackling formidable waves before helping the nine survivors into the boat and reaching the relatively safe Longstone Island hours later.

Darling rose to unexpected fame, her story travelling for miles and capturing the imaginations of thousands upon thousands. Sadly, however, this worldwide notability caused her her health and she began to withdraw into herself, moving to a house in Alnwick on the mainland to try and escape the attention. Yet, she deteriorated and was later diagnosed with tuberculosis, passing away aged 26 in October 1842.

Pay a visit to her gravestone at the churchyard opposite the museum and celebrate the heroic actions of Grace Darling at the Grace Darling Museum in Bamburgh village. 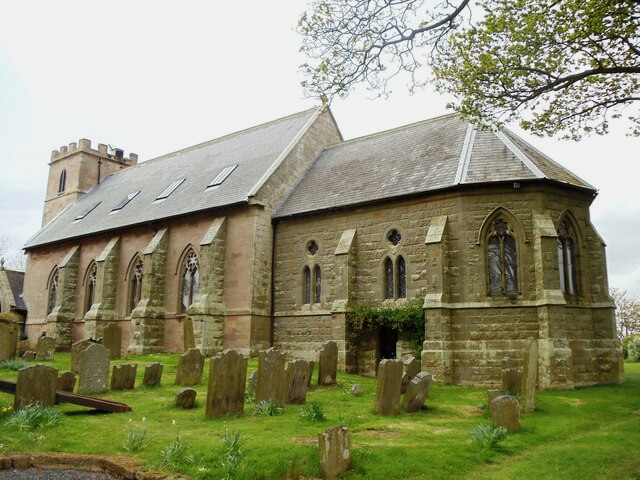 After its deconsecration in the 1980s, this abandoned 18th-century church was creatively restored by pilot Ian Bottomley and his partner Sally Onions to house state-of-the art appliances and a unique style, all the while retaining a sense of charm and character.

Beautiful stained glass windows and high vaulted ceilings are featured in most rooms and the baptismal font also remains as a nod to its past. The decaying church was bought back in 2002 by the couple and it took six years to restore its fabulous interior into a single-family home.

It also features a prominent west tower with battlements and symmetrical archways reflecting the Georgian period it dates back to, while the exterior remains as an eerie cemetery in the front yard.

This impressive, Grade II listed home has been on the market for the last few years for £695,000, a stunning hidden gem in the small, civil parish of Kyloe. 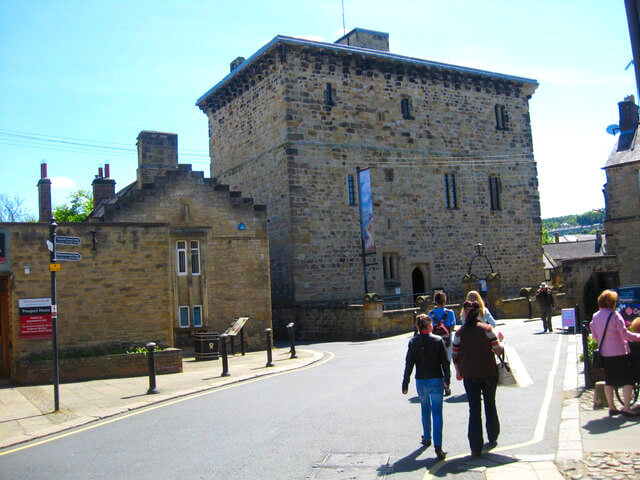 Set in the historic Tyne Valley, in the heart of Hexham town, this eerie prison holds many secrets behind its walls, giving you an insight into crime and punishment in medieval Northumberland. Dating back to to the 1300’s, this building was used as a prison for almost 500 years.

Pay a visit to discover its thick stone walls showcasing interactive displays on the costumes worn, the armour and textiles, as well as archaeology.

Lose a couple of hours delving into what life was like for prisoners during this time, you can even meet the gaoler to find out how criminals were treated and uncover stories of family feuds which resulted in violent deaths.

You can take the glass lift down to the dungeon, where you can watch a vivid film about the Border Reivers and how they raided the Anglo-Scottish border from the late 13th century to the beginning of the 17th century. The Border Library Collection plays host to a selection of photographs, books, poetry and music and you can learn about how the landscape scenery dramatically changed over the years.

Hexham lies just a few miles from Hadrian’s Wall, which is also worth a visit while in the area.

For more things to see and do in the area, look no further than our Northumberland Travel Guide and plan your visit to this interesting county in North East England.

Hi I'm Chloe, I joined the SEO team at Sykes in May 2018 as a Web Content Writer. I love to travel the world and visit new places... 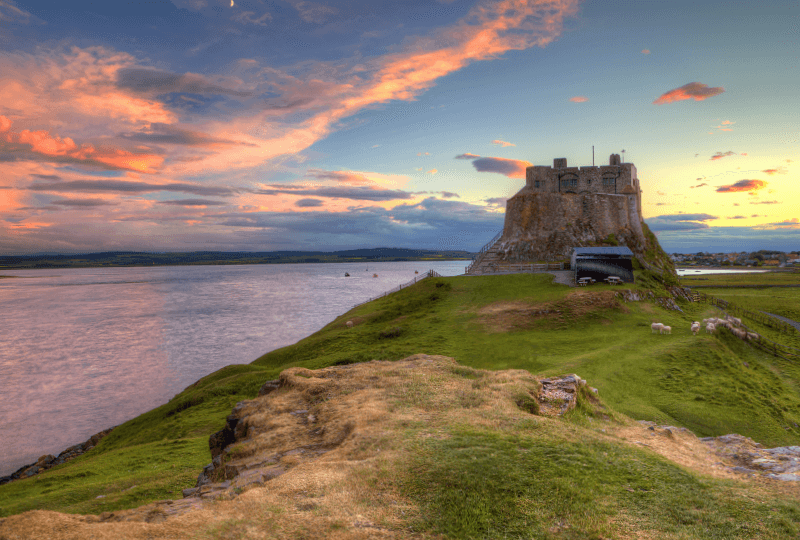