5 unusual animals you can find in Wales

Wales is home to vast and varied flora and fauna, but there are some species you may be surprised to find on a trip to the country.

From enchantingly-coloured butterflies to the spookily named ghost slug, expect the unexpected when it comes to unusual animals you might find in Wales. 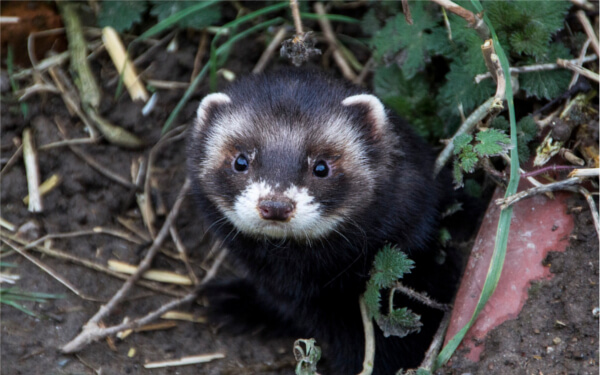 The Polecat, an ancestor of the Ferret, was once almost extinct in Wales due to excessive culling by gamekeepers and the mass clearing of woodlands. But a recent conservation effort has seen populations soar. About 40% of the British Polecat population can be found in Wales and the population increased 10-fold immediately after the successful conservation efforts.

It would, therefore, be logical to assume it is much more common to spot a Polecat now that the population is soaring, but these nocturnal animals are very rarely observed by humans.

These mammals are usually dark in colour with white facial markings and eat mainly rodents, birds and their eggs. They may look cute, but be warned: they give off a pungent smell, similar to that of a skunk, when frightened or angered, so keep a safe distance between you and it! The best places to see the Polecat are the Vale of Glamorgan in the South and Anglesey in North Wales. 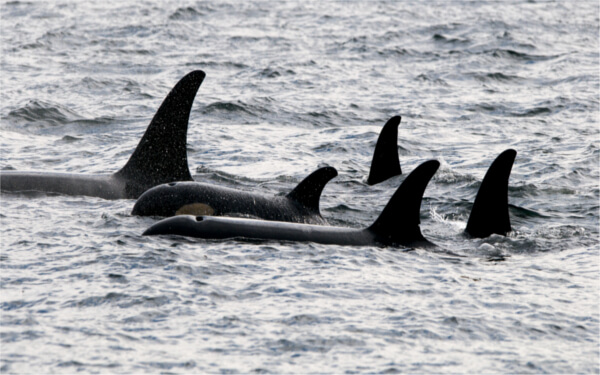 When you think of the majestic Killer Whale, you will probably know that these intelligent mammals can and do inhabit many locations worldwide, from Argentina to the Arctic. But did you know they can sometimes be found in the cool waters of the Irish Sea off the West coast?

The Orcas are most often spotted off the Pembrokeshire coast due to its population of large shoals of both mackerel and herring, a staple of the whales’ diet. As sightings became slightly more common, the Sea Watch Foundation urged people to monitor and record any sightings to improve the conservation of cetaceans in UK waters and within weeks, more than 100 sightings were recorded.

There are several species of whales and dolphins that have been spotted in Wales over the years. Another great place to keep updated on the subject is the Whales in Wales blog, an online diary recording any such encounters across the country. Most recently, several Porpoise sightings have been recorded.

The Holly blue butterfly (scientific name Celastrina argiolu) is distinguishable by its striking, powder-blue colouring. Females are differentiated from males by the black markings they carry around the edge of their wings.

The Holly Blue is easily identified in early spring, as it emerges well before other blue butterflies. It tends to fly high around bushes and trees, whereas other grassland blues usually stay near ground level.

Holly blues thrive in parks, gardens and churchyards where there is plenty of holly and ivy, which they require in order to lay their eggs in abundant supply. As a result, the population has increased by 46% in Wales since the 1970s.

The population of the butterfly is regulated by a type of parasitic wasp (Listrodomus nycthemerus), which only lay its eggs in holly blue caterpillars. As a result, the holly blue numbers fluctuate on a cyclical basis according to the abundance of parasites. The Raft Spider is also known as the Jesus Spider due to its remarkable ability to walk on water. It is also the second largest species of spider found in the UK. This dolomede (large spider) hunts its prey by running on water and can even submerge itself completely to stave off predators.

The spider is relatively new to Wales, as it was only discovered in the country 10 years ago. They are not a species you are likely to encounter in your house or garden as they prefer to be close to water, making them a rare and unusual animal you can find in the UK. They mostly reside in lowland areas with bodies of moving water and they usually prey on very small fish. Ghost slugs were first identified as a new species in a garden in Cardiff, back in 2008. There was very little known about this species in the beginning, and due to its appearance, it was given the scientific name Selenochlamys ysbryda, based on the Welsh word ysbryd, meaning a ghost or spirit.

Sightings of the Ghost Slug are incredibly rare, as they mostly live underground, about a metre deep underneath the soil. They come to the surface sporadically and are usually alone, making it all the more difficult to spot them.

These elusive, unique creatures are widespread in south-east Wales, occurring in all the main Valleys and in the cities of Cardiff and Newport. However, they are extremely rare, if not completely absent in nearby areas like Swansea.

For more things to see and do during your Wales cottage holiday, take a look at our Wales Travel Guide. Visit the Wildlife Trust of South & West Wales for more information. See our 6 unusual species you can find in Scotland for another fascinating read. 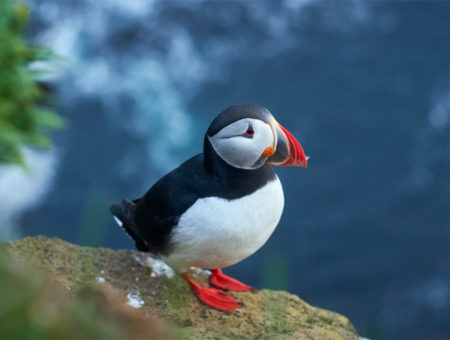