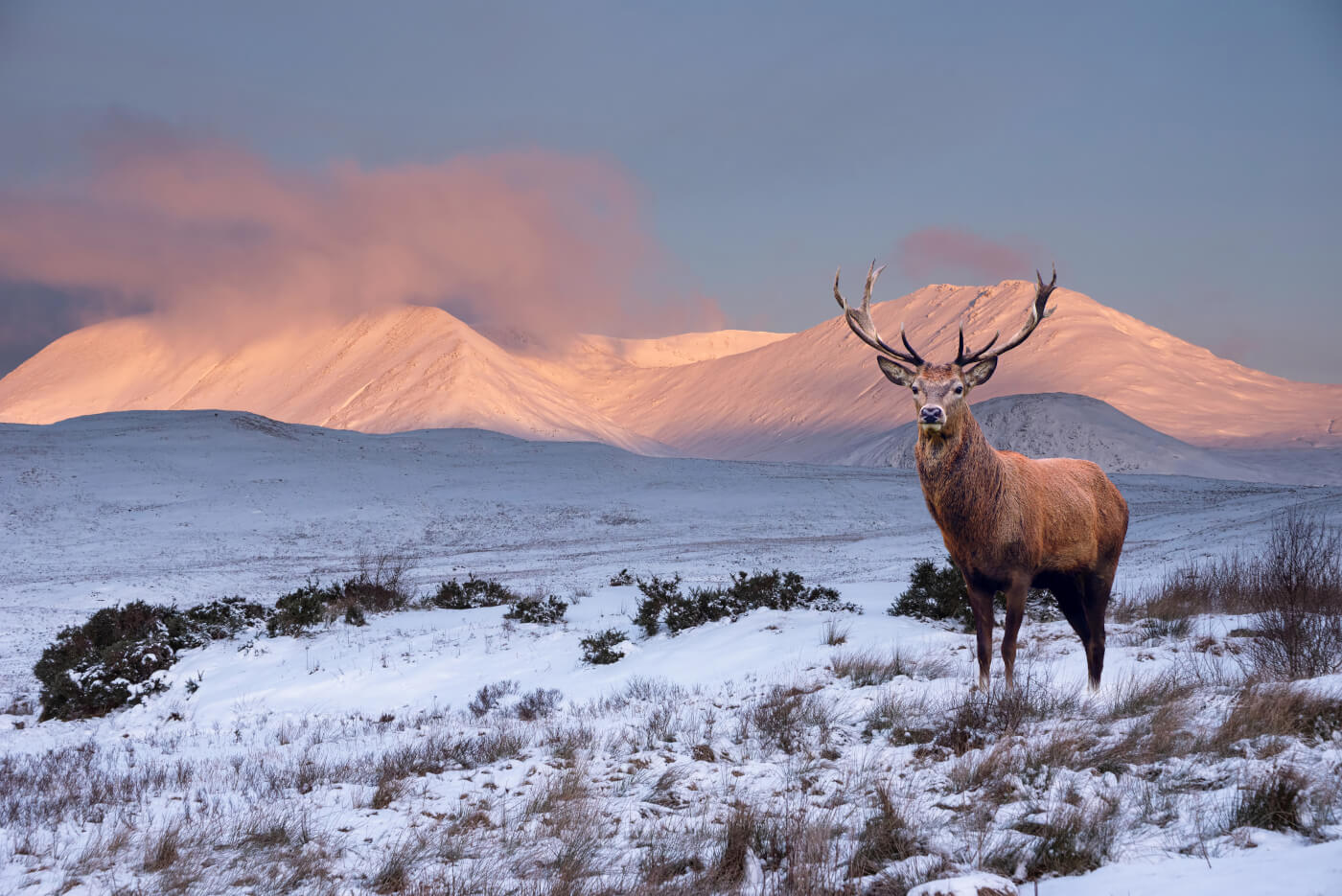 10 Incredible Scottish Animals and Where to Find Them

Scottish animals are curious creatures often found soaring the skies, splashing the seas, and scrabbling across the highlands! Home to over 90,000 species, Scotland is overflowing with incredible wildlife, so use our guide to discover where to find a few!

Scotland’s landscape is so vast and varied, playing host to an array of unique habitats. From the mountainous region of the Cairngorms to its many beautiful lochs, beaches, and everything in between, you can find an exciting array of marine life, birds, and mammals, among many other fascinating wildlife species in Scotland. (Spoiler – the Loch Ness Monster does not feature I’m afraid!) 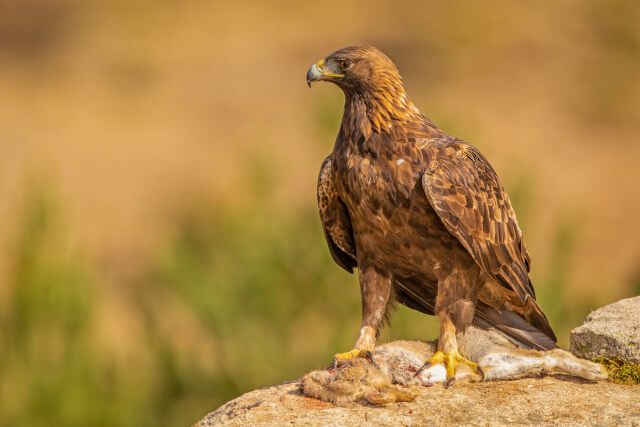 First on our guide to Scottish animals is the notoriously elusive, golden eagle!

There are many magnificent birds of prey that inhabit Scotland, including red kites, ospreys, and kestrels, but none are more spectacular than the golden eagle! They are the largest-winged bird in the UK and are completely mesmerising to witness gliding through the sky!

To catch a glimpse of the eagles, head to the Scottish Highlands, where there are approximately 500 pairs now breeding. While the nest sites for these Scottish animals are kept secret, you will be able to spot them in the remote glens in the north and west of Scotland.

Some of the top destinations to spot these birds include the Inner Hebridean island of Mull, the Cairngorms National Park, and Harris, Outer Hebrides.

Be sure to have your binoculars at the ready! 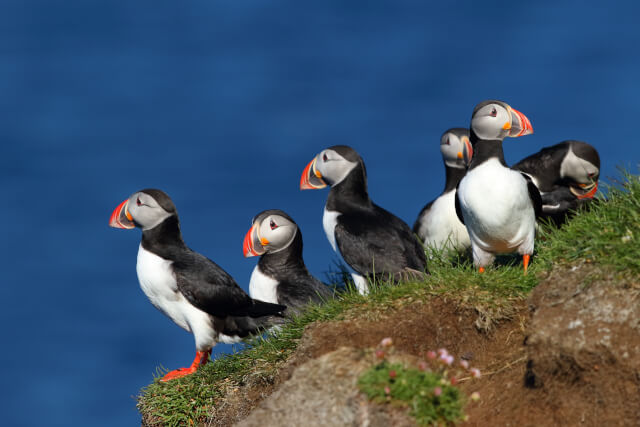 The distinctive markings and colourings of the puffin make these Scottish animals unmissable!

Affectionately known as the clowns of the sea, these charming, bright-beaked, and bright-eyed birds need to be seen up close to be believed.

Puffins are quite shy and like to stick together, often nesting together in burrows, making them one of the rarer unusual animals you can find in the UK. They migrate to Scotland each year and can be found all along the coastline. They usually arrive around April time before heading off again towards the end of August.

Your best chance of spotting one is on a cliff where the area is grassy and green. The Firth of Forth, just north of Edinburgh, is known to be a great place for puffin sightings. 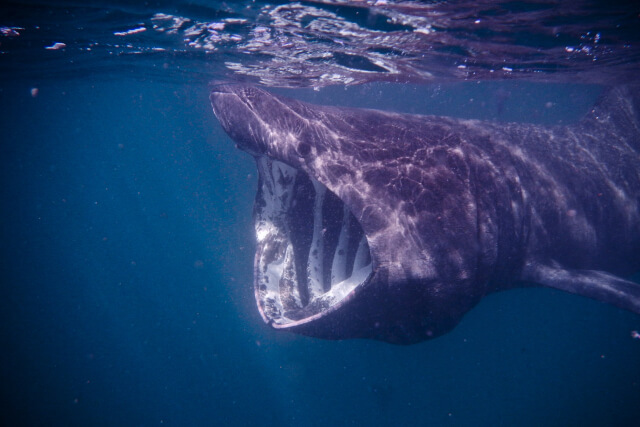 Arguably one of the most magnificent Scottish animals on our list is the basking shark!

Basking sharks can be seen along the west and east coasts of Scotland, particularly around Oban, where tours frequently take place. It’s the biggest fish to frequent in Scotland and its unusual mouth means it’s easily distinguishable from all other marine life!

Basking sharks are not your average shark; they are one of just three plankton-eating species of shark. Their mouths can open up to 1 metre wide, not revealing a set of razor-sharp teeth, but gill slits, specially adapted bones that filter out any plankton from the water, whilst allowing the water to pass through.

Normally arriving in Scotland in April, the peak season for spotting basking sharks in the Hebrides is July to September. Hop on a boat tour for your best chance of seeing them in action! 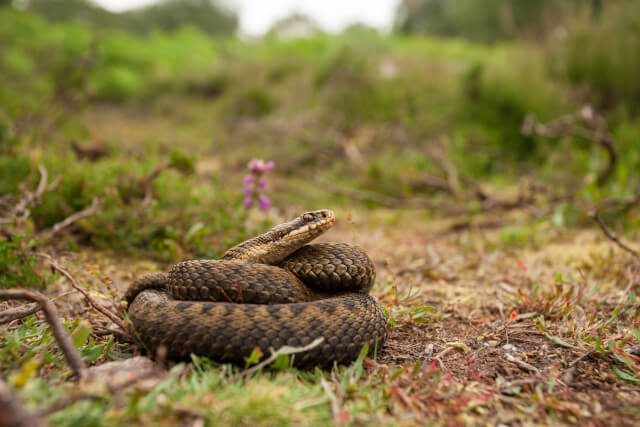 The only poisonous species of snake known to inhabit the UK, the adder is also the only species of snake you’re likely to find in Scotland. Although poisonous, they are not usually dangerous and tend to hibernate from October through to March.

The best time to spot this Scottish animal is from March onward. This is when they’re out basking in the warmer weather, usually on logs or rocks. They are best found in mainland Scotland; you’ll struggle to spot one nearer to the coast.

Adders are actually a protected species in the UK under the Wildlife and Countryside Act 1981. They are classified as a Priority Species in the UK Biodiversity Action Plan. 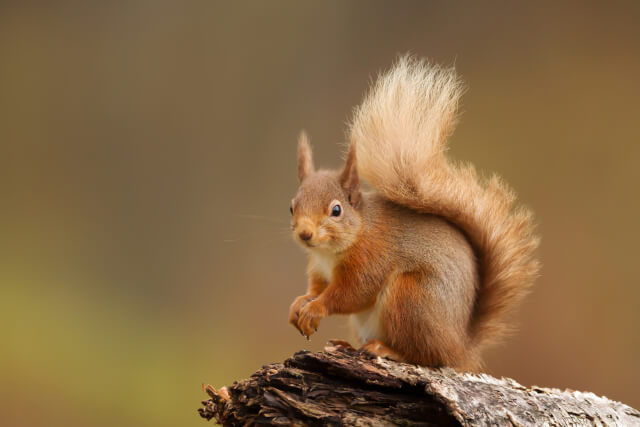 To find this tiny Scottish animal you will need to head to specific areas in Scotland. The Scottish Highlands and Dumfries and Galloway are littered with these red-coated squirrels!

Despite their significant numbers in these areas, they are mostly overrun by their grey cousins in other areas of the UK.

Unfortunately, without conservation management, red squirrels could become extinct in England in approximately 10 years! Moreover, it is believed that 75% of the red squirrel population can be found in Scotland, so to see one would be a magical moment! 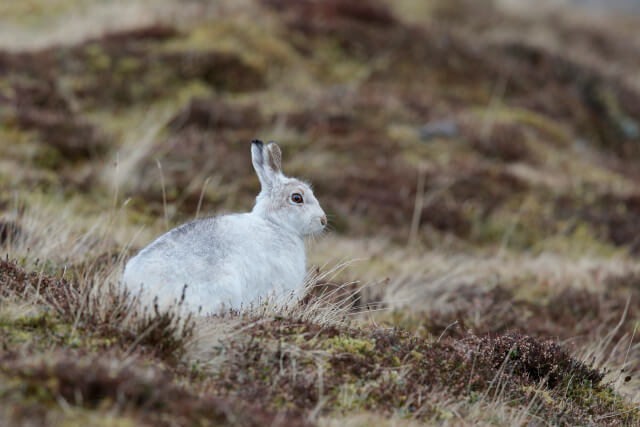 Our guide to Scottish animals had to include the incredible mountain hare!

Known for its magnificent coat, which provides camouflage during the summer months when they blend into the heather-clad moorland with their grey-brown coat often tinged with blue. In the winter they turn almost completely white, making them difficult to spot in the snow!

Mountain hares can be found throughout the Scottish uplands, from Shetland to the Cairngorms. They can be found in Scotland all year round but are best spotted in early spring when their coats are still white but the snow has melted.

They are also found in Scandinavia and Siberia but are native to the Highlands of Scotland. 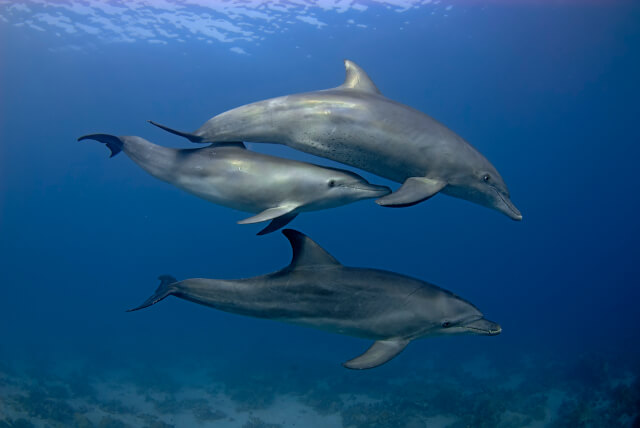 Impressively, they can reach up to four meters long and are grey in uniform. They are sociable and fun-loving creatures, so the entire family is sure to love spotting these incredible animals!

This species of dolphins can be found across the world, however, Scotland plays host to a resident group! Around Moray Firth and the Firth of Forth, as well as in the Hebrides are great spots to see them! 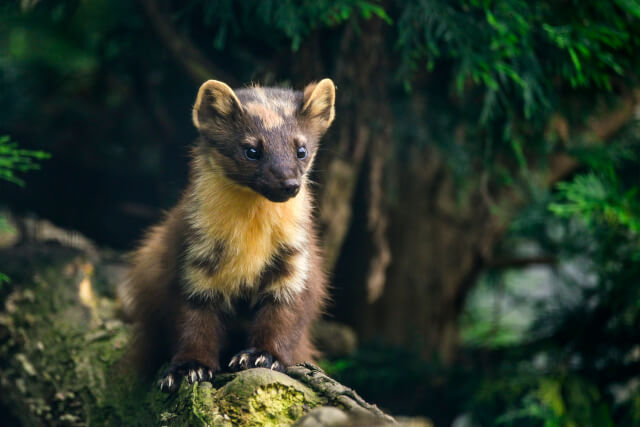 An elusive mustelid, the pine marten is one of the most charming animals on our guide! On the brink of extinction in the 19th century, these Scottish animals are now notoriously hard animal to find in Scotland!

Found on the pinewoods of central Highlands, they are speedy creatures and often blend well into their surroundings. So, keep your eyes peeled for long bushy tails, a chestnut brown coast, and a characteristic pale yellow ‘bib’ on their throat!

If you want to increase your chances of catching a glimpse of these teddy bear-like mammals, it is recommended to book a guided wildlife tour. 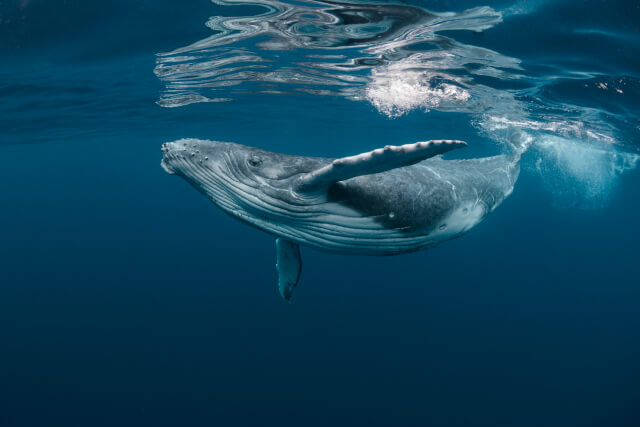 Our next Scottish animal may come as a surprise! But that’s right, a giant humpback whale has made its home in the Firth of Forth.

It is said that the humpback whale population is slowly recovering in the northeast Atlantic, with many spottings in the Firth of Forth. However, the most recent sighting of this Scottish animal was in May 2022!

The enormous Scottish animal, which is thought to be an adult put on a show for the boat full of tourists! The tourists were on a rib, heading from Anstruther to NatureScot’s Isle of May National Nature Reserve (NNR) when this incredible animal was spotted.

The cetacean circled the boat at a distance of around 20 meters and surfaced the water several times! 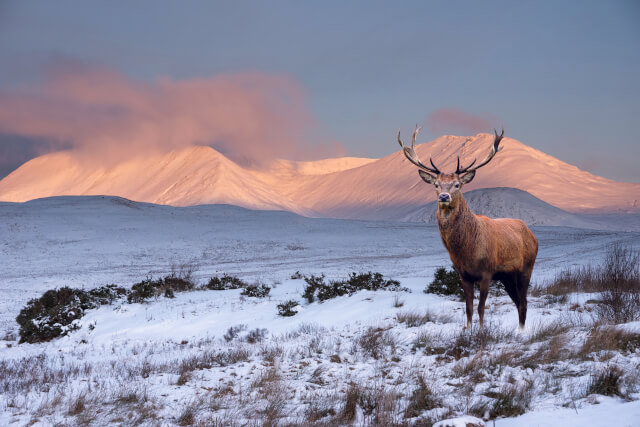 The most regal Scottish animal on our list is the famous red deer! Famed for being the Monarch of the Glen, these majestic creatures are the largest UK native land mammal.

Stags, with their multi-branched antlers, misty-mouthed and bellowing calls can be spotted throughout the autumn and winter months. At this time, they inundate the county and are at their most captivating when at full roar during rut season!

For your best chances of seeing this Scottish animal, head to the Cairngorms National Park, Torridon, Lochaber, Isle of Arran, and the Isle of Jura.

Majestic and mighty, the red deer is perhaps Scotland’s most iconic animal.

For more things to see in Scotland on your next Scottish cottage holiday, browse through our Scotland Travel Guide. Alternatively, take a look at these beaches you won’t believe are in Scotland and this collection of Scottish lochs. 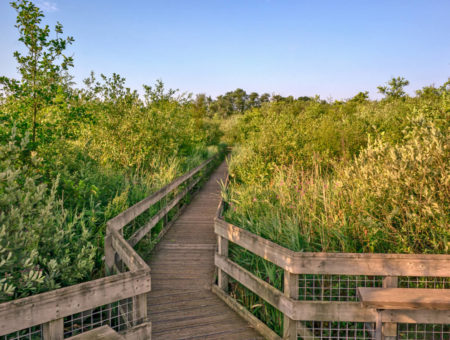 When we organised a survey to quiz Brits about UK wildlife, we didn’t realise we’d learn so much about...