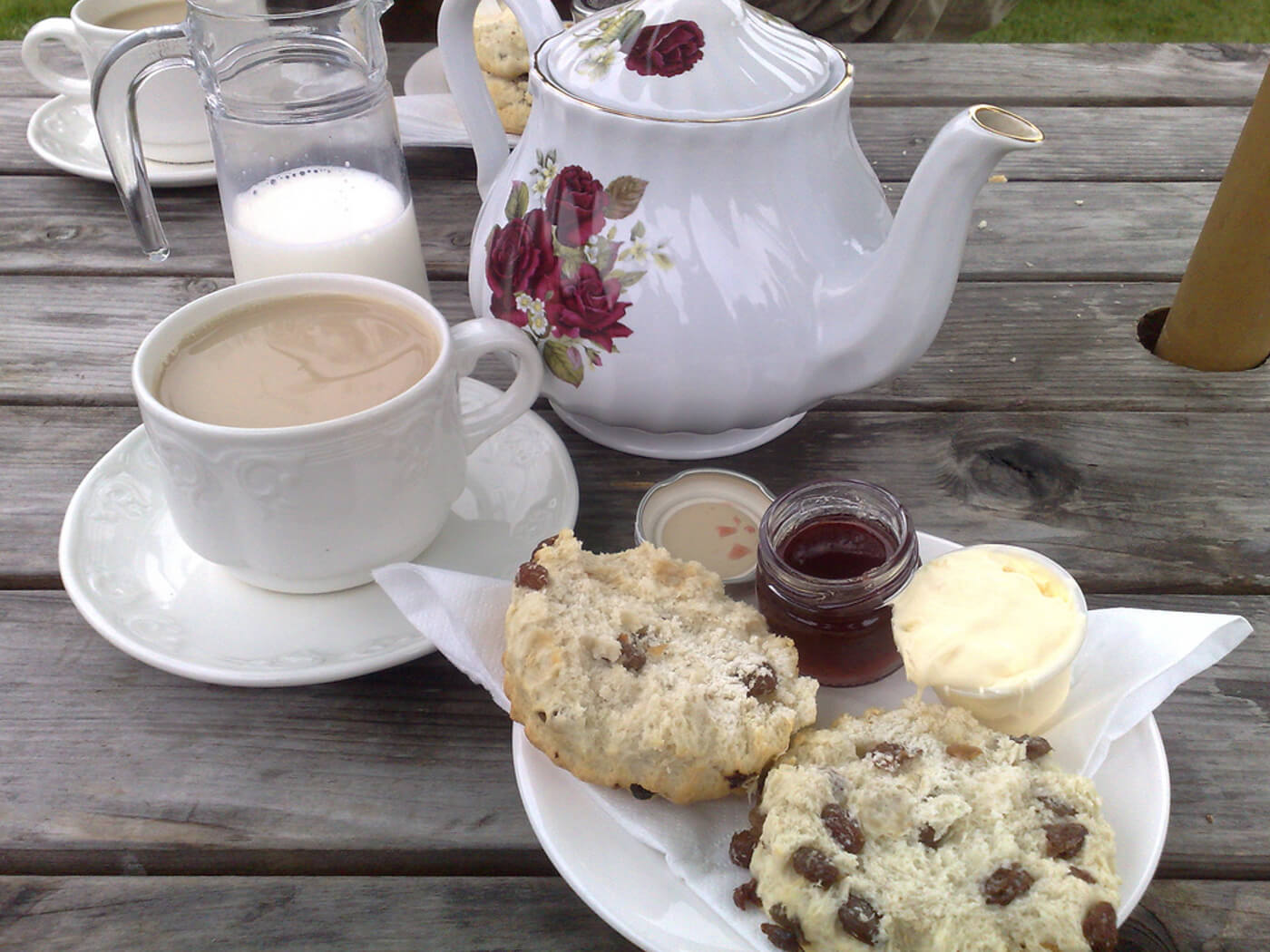 Cornwall vs Devon: you decide!

Boasting some of the UK’s most beautiful beaches and stunning ancient landmarks, it was always an inevitability that Cornwall and Devon would be long-standing West Country rivals. We simply cannot decide our favourite between the two, which is why we’ve emphasised some of their best features and will leave the decision to you. Cornwall vs Devon: you decide!

Home to many of the best beaches in the country, the debate between both counties commences in this compelling category. In Cornwall, you will find countless sandy beaches by popular seaside resorts and some of the best surfing spots in the country, however, in Devon there are arguably more fascinating beaches backed by fossil-rich cliffs and breathtakingly beautiful moorland.

Porthcurno Beach in Cornwall vs Salcombe Beach in Devon

One of the UK’s most popular beaches is located in Cornwall, just a mile West of Newquay. Fistral Beach is famous with surfers, who flock from across the globe annually to catch some of the impressive waves. Porthcurno is home to a beautiful bay, which is set below the majestic Minack Theatre. Its fine white sand and easily accessible path make it the ideal family-friendly getaway. Beaches along the North Coast tend to include sandy dunes with the impressive Atlantic swell producing ideal surfing conditions, whereas the South Coast beaches are a little more secluded with stunning sheltered coves, backed by traditional fishing harbours. With over 250 miles of coastline to explore and over 300 beaches, at least 137 of which are dog-friendly. Spend hours of fun with the whole family playing on the sand and enjoying many traditional English seaside treats.

Devon is the only county in the UK to have two coastlines. It is, therefore, understandable that all the beaches in the region are charming and full of character. Head North to Woolacombe Beach and Croyde Bay, which are located just 5 miles apart and equally impressive for their family-friendly facilities and excellent surfing conditions. Ness Cove Beach, located in the South of Devon, is a more secluded option, backed by picturesque red cliffs and contains many captivating rock pools, great for shrimp fishing. The Jurassic Coast runs from Exmouth and includes some of the UK’s most beautiful natural, historical landmarks. One of the best ways to experience the coastline is to take a boat so you can fully appreciate the spectacular beaches and scenery.

Although the two counties are close in proximity and share the same Celtic heritage, there are still many unique cultural variations that will help you draw a distinction between them.

Cornwall Flag on Chapel Rock vs Jurassic Coast in Devon

“Alright, my lover?” is a phrase you will hear commonly across the whole of Cornwall, along with “dreckly”, meaning you will get round to doing that thing but it may be tomorrow, next week or whenever you find the time. Aside from a whole list of West Country-sounding quirky phrases, Cornwall is home to many traditions and customs. Firstly, they are very proud to be one of two Duchies in England, leaving many of the self-government supporters to believe they are in fact their own country. The Duchy of Cornwall and UK government, however, does not accept this recognition. Cornish tartan is black and gold with smaller red and blue strips. It is commonly worn at rugby matches, weddings and national parades. We have previously voted St Ives as the best place to stay in Cornwall for culture, with its vast amount of galleries and museums. Be sure to check out our fabulous collection of St Ives cottages.

Much of Devon’s culture today has been shaped by its historical past; from the Roman’s influence on Exeter and the Viking invasion in North Devon to the thousands of years of farming and mining, this fascinating county has much to explore and delve into. The Jurassic Coast World Heritage site starts in East Devon and covers over 95 miles of impressive coastline to Old Harry Rocks in Dorset. Fossils from dinosaurs and prehistoric times can be found along the way. Many of the towns and villages in Devon are filled with spectacular architecture and the beautiful town of Dartmouth is known for its strong maritime heritage. The county is also home to the oldest bakery in Britain; located in Plymouth is the traditional Jacka Bakery, which dates back to the early 1600s and serves homemade treats including their very own award-winning sourdough bread along with other light bites. Devon, often regarded as a highly romantic destination, due to its miles of stunning coastline, gorgeous British countryside and charming little villages.

Both places are known for generating a popular mix of artists and literary greats, who have been inspired by the breath-taking sceneries. However, we’ve compiled a little list of the most famous men and woman with connections to each destination.

Ben Ainslie from Cornwall vs Chris Martin from Devon

Cornwall is home to some of Britain’s most legendary musicians, including co-founder and drummer of the popular pop-rock band Fleetwood Mac, Mick Fleetwood, who was born in Redruth and Roger Taylor, who spent much of his early childhood in Truro before going on to join the globally celebrated rock band, Queen. The much-loved television presenter Phillip Schofield, although not actually born in Cornwall, often describes it as home as he grew up in Newquay. Sir Ben Ainslie, who is the most successful sailor in Olympic history, attended school in Truro and speaks of getting his winning determination from there. Lastly, although fictional, the BBC drama Poldark, which is set and filmed across Cornwall, has attracted many visitors to the area, itching to walk in the same footsteps as Capt. Ross Poldark and the rest of the group. Check out our post on where some of these real-life Poldark filming locations are.

In Devon, Coldplay frontman and philanthropist Chris Martin was born and bred in Whitestone and studied in Exeter as a young boy. Sir Francis Drake carried out the second ever circumnavigation of the world in one expedition and was born in the ancient stannary of Tavistock. The popular Ab Fab comedian Jenifer Saunders has swapped the bustling London life for the great outdoors and now resides in the market town of Chagford. JK Rowling, although is not actually from Devon got much of her inspiration for the famous Harry Potter tales after studying at the University of Exeter (look up Gandy Street and you will see many similarities to the magical Diagon Alley). A further list of the counties inspiring literary brilliance can be found here.

With both counties surrounded by the beautiful English coastline, it comes as no surprise that freshly-caught and prepared seafood is found at the forefront of most of the local menus. In Cornwall, Padstow acts as the central hub for providing some of the tastiest, freshest seafood around. Celebrated celebrity chef Rick Stein has made his stamp on the town and has a number of his highly regarded restaurants based here. Cornwall is also famous for its pasties, which are regarded as their national dish and account for 6% of the Cornish food economy. Typically including meat and vegetables, the shortcrust pastry is then folded to produce a tasty bake, to be eaten hot or cold.

Pasties are just as popular in Devon as they are in Cornwall, in fact, one of the earliest recipes for the delicious bake was found in Plymouth, which lies on the Devon side of the border. However, pasties from Devon do not hold the legally Protected Designation of Origin. The county does, however, produce lots of traditional drinks including ‘Scrumpy’ cider and Plymouth Gin. The distillery this gin is produced in is the oldest working gin distillery in England, still using the original recipe from 1793.

And now we get to the real nitty gritty debate: cream teas. Depending on the way you arrange your tasty afternoon treat, you will be either right or wrong according to one of the famous counties. Putting the jam on first will win you major points with the proud people from Cornwall, however, if you want to get on the good side of a Devonshire local, the cream must be put on the scone first. Personally, I don’t pay too much notice to the pastry politics and alternate my strategy based on the consistency of the cream, but, do make sure you watch yourselves when ordering a cream tea in one of these locations as this is a mistake you do not want to be making!

Aside from the obvious hours spent having fun on the fantastic local beaches, both counties have so much more to offer their visitors from charming country parks, impressive walking and cycling routes, quarries, nature trails and breath-taking sceneries. In this last section, we compare both natural environments and the plenty of activity options available to visitors.

Cornwall’s Area of Outstanding Natural Beauty (AONB) accounts for 27% of the total land area and includes rugged coastlines, river valleys and pretty harbour villages. There are 12 separate geological areas, which have been uniquely placed under the one AONB, including Bodmin Moor, Camel Estuary and West Penwith to name a few. There are just over 50 places in the county that are owned and protected by the National Trust. These great local sights are fantastic experiences for a family-friendly day out. The South West Coast Path also spans across 630 miles of stunning coastline in the South West of England, with the whole of the Cornish coast included. Visitors can enjoy walking or cycling around the route, which makes up the longest national trail in the UK. Head to Falmouth and catch their remarkable sailing regatta in the summer or dare yourself to try some of the pursuits over at Adrenalin Quarry, including a zip wire, coasteering and the giant swing.

In Devon, there are four AONB’s, which are all as distinctive and charming as the next. The North Devon Coast, East Devon, South Devon and Blackdown Hills make up the four, displaying stunning scenes and natural landscapes. Dartmoor National Park is another unique area filled with beautiful open moorland, deep valleys and a rich and diverse environment. It is also the only place in England where it is technically legal to go wild camping for up to two consecutive nights. This means you can pitch your tent where you want under the stars and experience the great outdoors with no limits and restrictions. We highly recommend you try this! High Willhays, located in Dartmoor, is the highest point in the UK South of the Brecon Beacons, giving a little edge over Cornwall surely? Devon also has a Go Ape activity centre where you can swing through an exciting high ropes course. Aerosaurus Balloons is also another fantastic way to witness Devon’s stunning landscape. Soar across the sky in this hot air balloon experience, capturing all the iconic Devon sights along the way.

And there we have it, our debate/battle/contest of the South West is now over. Both places are extremely worthwhile, so why not take our recommendation and visit both! Check out our cottages in Cornwall and cottages in Devon here.

Hi, I'm Isabelle and I joined the SEO team in December 2017. I love travelling and experiencing new things as well as meeting ...