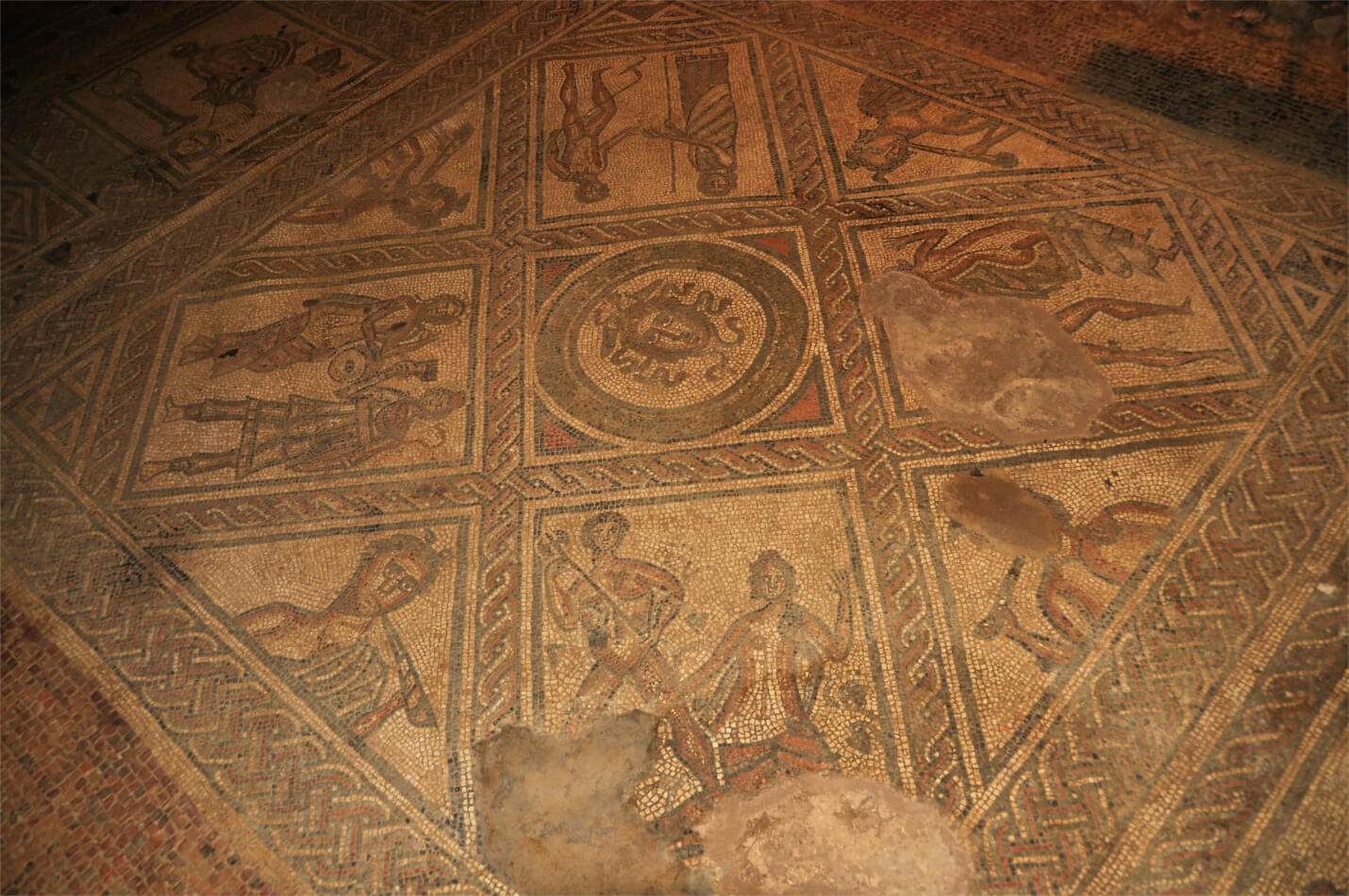 Avoid the usual tourist hot spots and enjoy visiting some memorable and unique Isle of Wight attractions and monuments. From 6000-year-old Neolithic remains to the only surviving medieval lighthouse in England, there are some fascinating hidden gems to be discovered on the Isle of Wight.

Read on to discover 6 Isle of Wight hidden gems…

These two National Trust-owned rocks are the Isle of Wight’s answer to Stonehenge.

Legend has it that there was a contest for control of the Isle of Wight between St Catherine and the Devil. The standing pillar was supposedly thrown by St Catherine, while the smaller stone was thrown by the Devil, who was the loser of the encounter when the stone fell short and lay flat on the ground.

The placing of the stones that you see today is meant to symbolise good’s triumph over evil. But it has since been discovered that the stones are actually the remains of a 6000-year-old Neolithic communal long barrow, used for burying the dead.

Ancient burial sites are known to retain their cultural and mystical significance and people still celebrate solstices and equinoxes at Long Stone to this day. 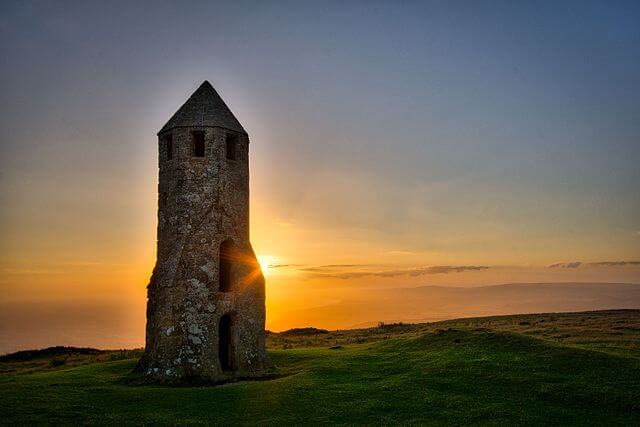 This Medieval lighthouse is situated in Chale, just above the Isle of Wight’s south coast. The tower was built as an act of penance in the early 14th century by local landowner Walter de Godeton, who was punished for stealing casks of wine from the shipwreck of St. Marie of Bayonne in Chale Bay in 1314.

The purpose of the oratory was to allow a priest to say masses for souls lost at sea, which was successfully carried out until the reformation in the 16th century. Also referred to as the Pepperpot, the lighthouse is 35 ft high and has an eight-sided pyramid roof. Only the foundations of the oratory have survived to this day and it is the only surviving medieval lighthouse in England.

You can also find a Bronze Age burial mound to the south east of the tower, which was constructed approximately 4,000 years ago. Interestingly, it was evacuated in 1925 when human and animal bones were discovered at the site. 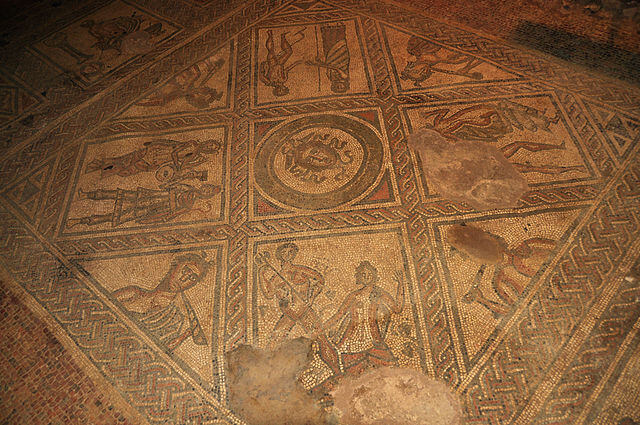 Enjoy a unique insight into Roman life in Britain at this award-winning museum and visitor centre, on the Isle of Wight’s Sandown Bay.

Learn about the history of Roman life in Britain, as well as appreciating a stunning collection of Roman archaeology and well-preserved mosaic floors. There are Roman-style games to enjoy on the grounds, such as quoits, and you can take part in shield decorating and mosaic making craft sessions. Outside, you can enjoy a picnic in the sunshine, plus the Forum Café serves local food and drink all-year-round.

If you visit this Spring, you can enjoy the ‘May the toys be with you’ collection, which combines the Star Wars Empire with the Roman Empire, featuring vintage Star Wars toys and cinema posters. 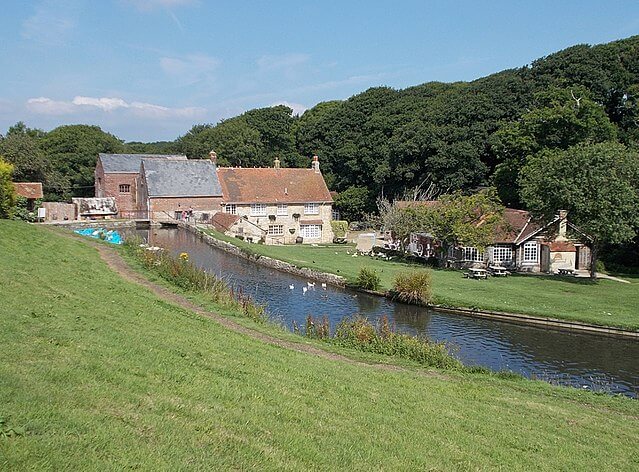 Calbourne Water Mill is the only working water mill on the Isle of Wight and has an extensive history, dating as far back as the Domesday Book. Set amongst 35 acres of picturesque countryside, it provides a fascinating day out for the whole family, where you can enjoy observing the working mill, plus visiting the many exhibits on display in the adjoining museum.

Externally, there are Ancient Oak woodlands to explore, taking in several ponds and lots of wildlife, including peacocks, ducks and fish. There’s also a golf putting course, croquet can be played on the lawn and you can even hire a pedalo to take on the stream.

There are some exceptional views of the island on display, should you wish to tackle the hill and climb to the top. You can then reward yourself at the fully licensed café, which serves daily specials, sandwiches, soups and has a children’s menu. You can also enjoy a home-made cake or cream tea, plus a range of alcoholic beverages can be purchased here. 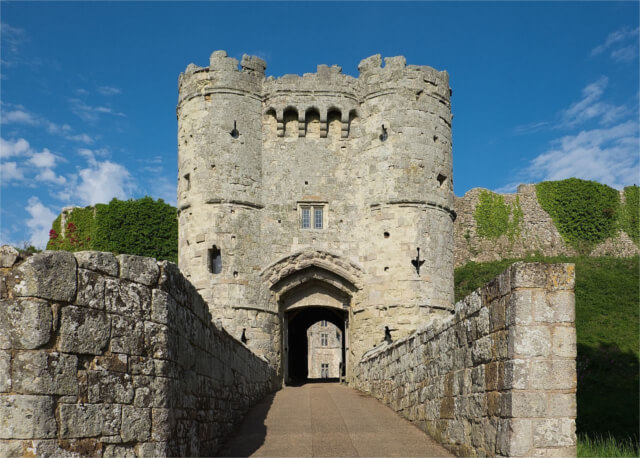 Carisbrooke Castle was constructed in the 1100s, but is thought to date back to before Roman times. It was the final home of King Charles I; he was imprisoned here for several months before he was executed in January 1649, prior to the end of the English Civil War. He remains the only English King in history to be exectued by the English public.

The castle has had many purposes during its lifetime, including an Elizabethan artillery fortress and a summer residence for royalty. Currently, the castle is owned by English Heritage and is open to the public to explore its museum, filled with English Civil War-era relics.

The Edwardian garden is a lovely spot to stroll around on a sunny afternoon and was even awarded Best Small Tourist Attraction by Isle of Wight in Bloom in 2017. You can also enjoy panoramic views of the island from the castle walls. 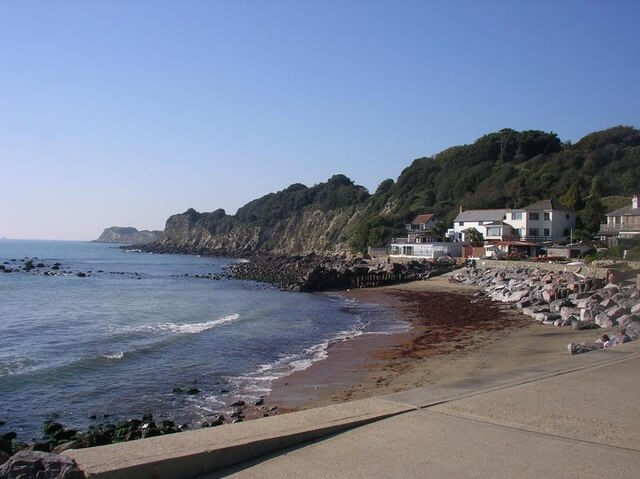 Steephill Cove truly is an isle of Wight hidden gem, given that it’s only accessible on foot. Tucked away amidst Ventnor’s Undercliff, it offers unspoilt waters for swimming and stunning scenery.

This little haven is arguably one of the most beautiful spots on the island; filled with traditional charm, from its beach huts to its sparse but stunning collection of cottages. It even has its own donkey you can pet and feed!

This is the place to be for those looking for a peaceful and tranquil day at the beach; there is no road access for cars, meaning the area is pollution free, so you can enjoy swimming in safe, clear waters or rock pooling to try and catch some crabs.

Steephill Cove is surrounded by some fantastic coastal walks; head towards the Needles and bask in the scenery of the south coast along the way. Ventnor is also a couple of minutes’ walk away along the dramatic cliffs.

For more things to see and do on the island, look no further than our Isle of Wight Travel Guide, which can help you plan your next visit to the Isle of Wight. 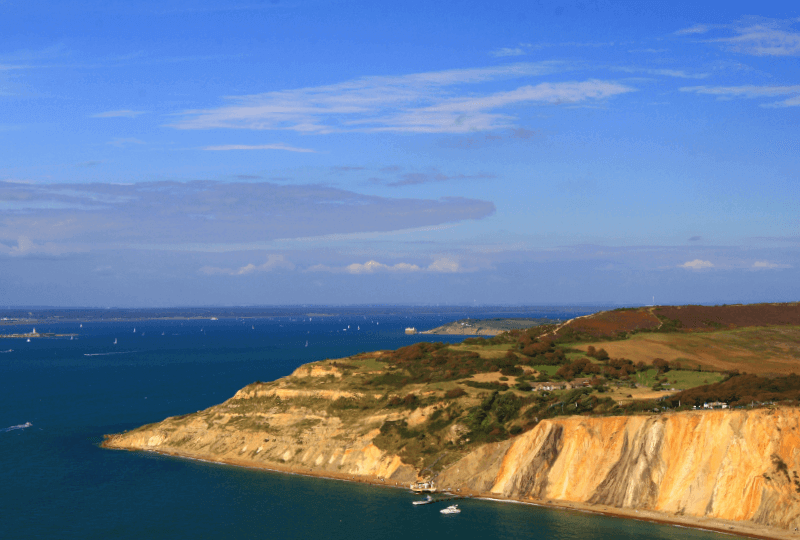