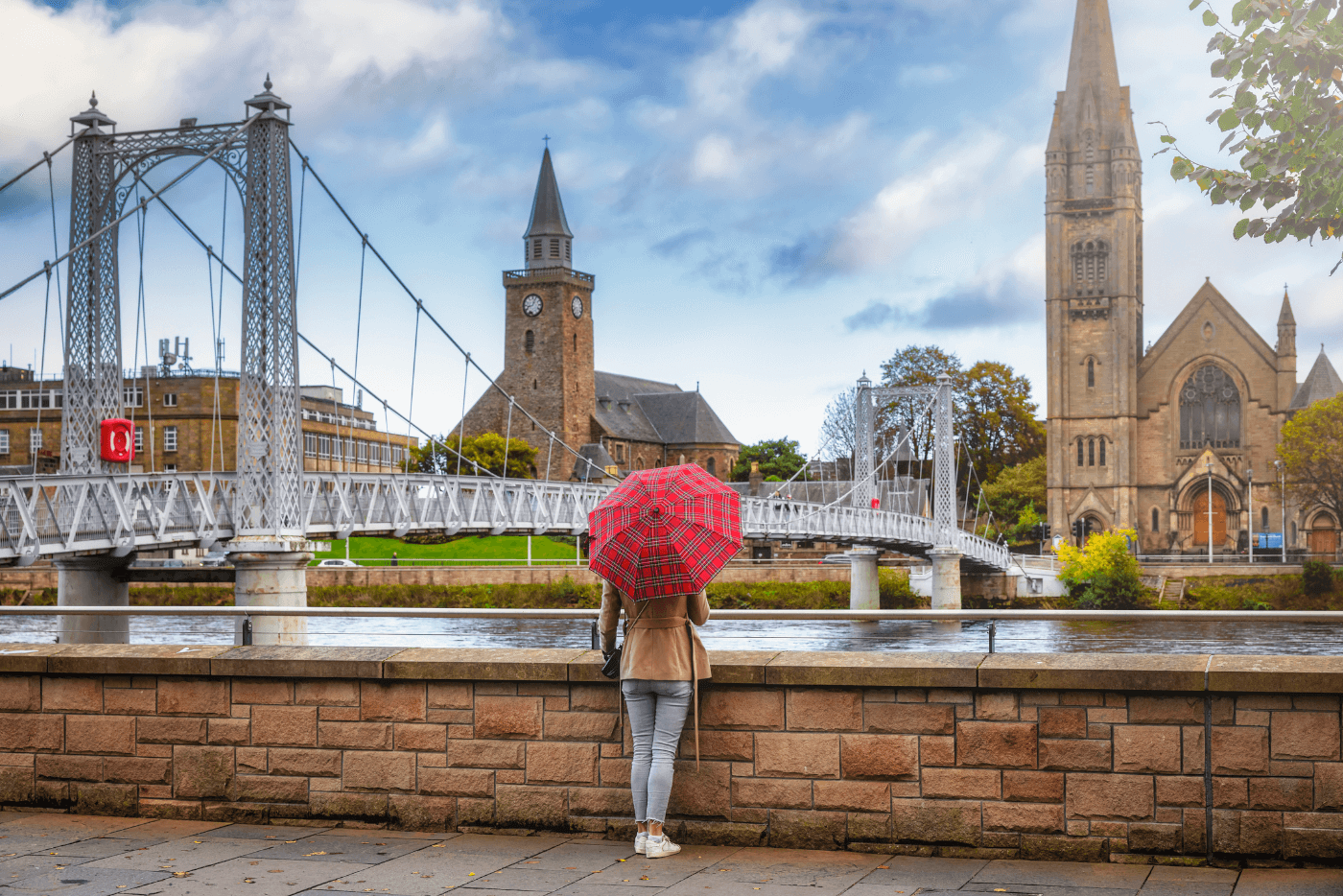 Looking for interesting facts about Scotland? Our guide will reveal fascinating details about bonny Scotland’s culture and history that you probably didn’t know!

When you think of Scotland, you might think of the iconic kilt or bagpipes, haggis or a tasty piece of shortbread, or even the luminous Irn-Bru. But, there is so much more to learn!

A wide range of wonders awaits you in Scotland, including castles, geological features, and incredible delicacies. From freshwater folklore to tartan fabrics, Scotland is a country rich in history, myths and interesting facts! 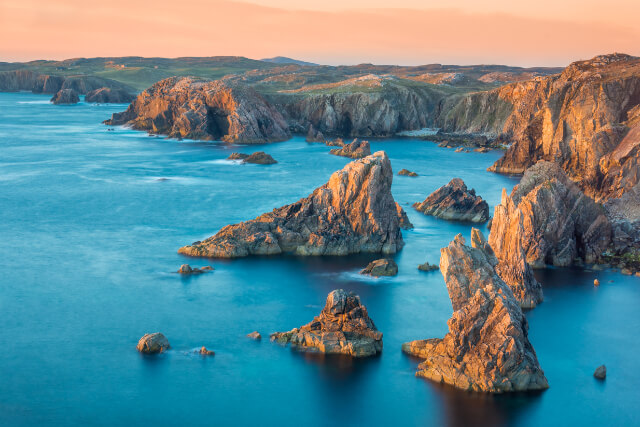 As facts about Scotland go, this one is sure to have you dreaming of a holiday! Off the coast, there are a whopping 790 Scottish islands, but only 240 of them have people living on them.

Some of the most beautiful islands include the Isle of Lewis, Harris, Mainland Shetland, and Mainland Orkney, as well as the Isle of Arran, and the Isle of Skye.

As of 2020, visitors can travel to the granite islet of Rockall, arranged by those who specialise in daring excursions to locations like Chornobyl. For 15-20 minutes, explorers can stand atop the volcanic plug’s mound and take in the intermittent sea views. For those seeking excitement, this is sure to be an unforgettable experience!

2. Scotland is home to the oldest tree in Europe 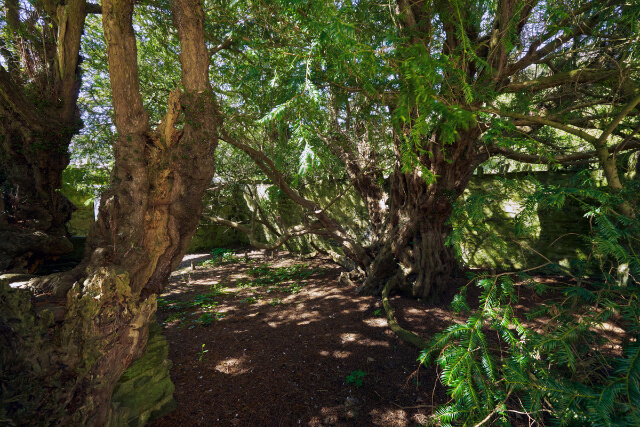 Located in the geographical centre of Scotland, the Fortingall Yew is one of Europe’s oldest life forms and lies in the unassuming Fortingall graveyard.

The estimates for the ancient tree’s age vary wildly, from 3,000 years old to 9,000 years old. While it is impossible to pinpoint the tree’s exact age, most estimates place it nearer to 5,000 years old making it as old as Stonehenge!

The circumference of the yew’s numerous trunks was measured at 52 feet in 1769! This is the length of one and a half London buses!

3. Edinburgh was the first city in the world to have its own fire brigade 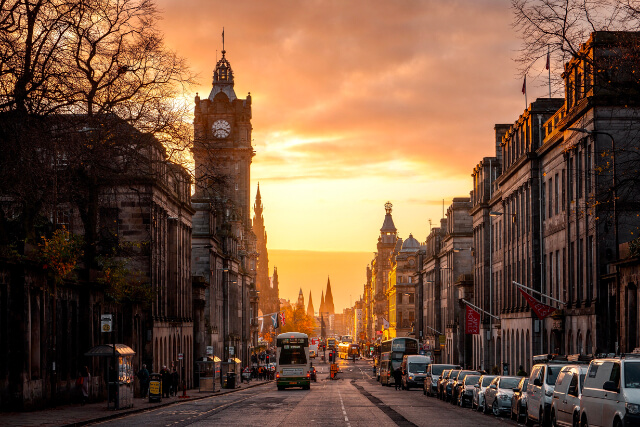 There are many interesting facts about Scotland, but one of the best is the fact that Edinburgh was the first city in the world with a fire department. Under James Braidwood, it became the UK’s first municipal fire department in 1824.

Instead of sporting the now well-known classic yellow-striped attire, the firemen wore dark blue tunics with brass buttons and white canvas trousers and carried an axe, hose, spanner, and cord.

4. There are over 600 square miles of freshwater lakes 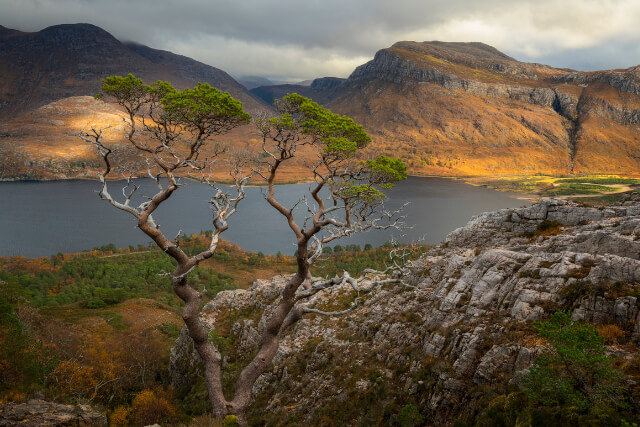 Next up on our fascinating facts about Scotland is perfect for water enthusiasts. Scotland has a coastline that stretches over 6,000 miles, as well as more than 600 square miles of freshwater lakes, including the world-famous Loch Ness.

During the year 565 A.D., a “water beast” is said to have attacked a swimmer in Loch Ness. According to legend, this is the earliest sighting of the Loch Ness Monster, aka ‘”Nessie”.

5. The official animal of Scotland is the Unicorn 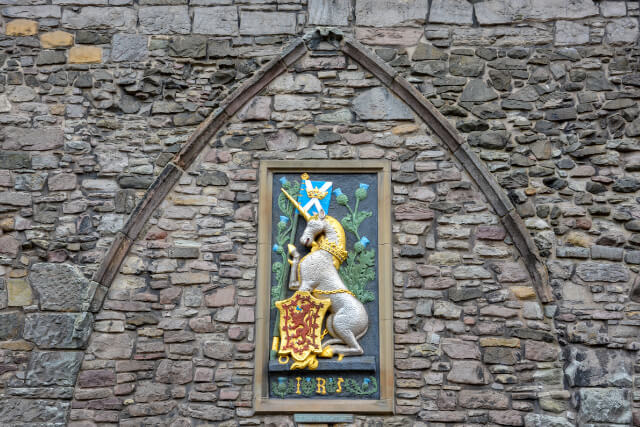 Since Scottish history is full of myths and legends, it makes sense that a mythical animal like the unicorn would be the country’s symbol. In Scotland’s coat of arms, a golden chain is seen going around the unicorn’s neck and around its body.

It was said that the unicorn was the most powerful, wild, and untamable animal and that only a young woman who had never been married could tame it. The entrapment of the chain represents the power of the Scottish kings, who were strong enough to tame even a unicorn.

6. The highest proportion of redheads is in Scotland 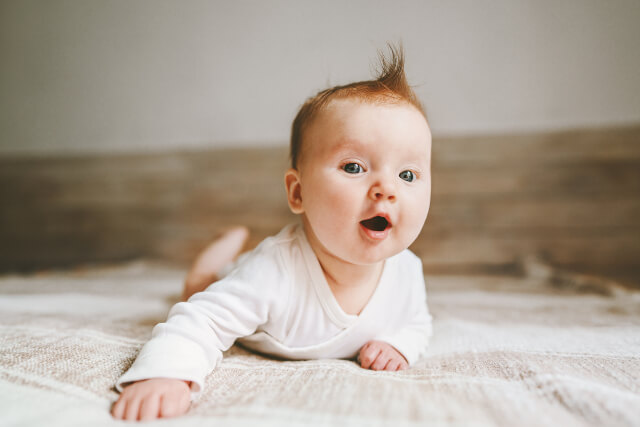 Less than 2% of the global population has red hair. But in Scotland, the percentage ranges from 6-13%. Why is that the case? Although it’s partially true that a long line of Vikings arrived in the British Isles, the primary cause of this unusual occurrence is science.

Red-haired people can manufacture vitamin D more effectively due to their genetic ability. Vitamin D is necessary for healthy bones, teeth, neurological system, and immune system. Redheads need less time and sun exposure to produce vitamin D. This offers them a genetic edge in cold, grey locations like Scotland over those with various hair hues.

Scotland started a DNA initiative to count all redheads in the country and found 650,000, or one in eight. 1.6 million Scots possess the red-haired gene, experts say. Edinburgh has the most redheads in the world, making it the redhead capital.

7. Scotland is home to the tallest waterfall in Britain 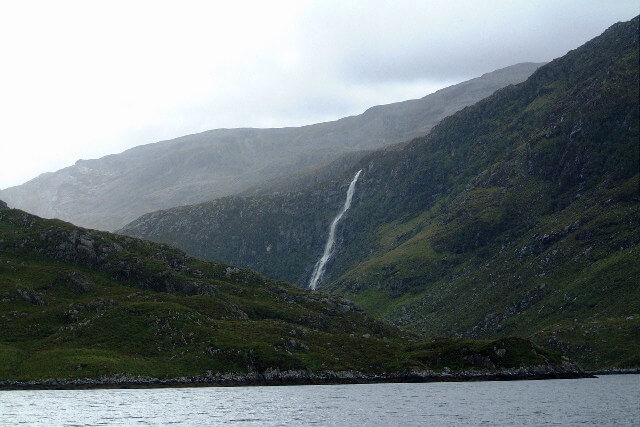 Eas a’ Chual Aluinn is a 658-foot waterfall, three times the height of Niagara Falls. The isolated, uninhabited wildness of the Scottish Highlands continues to pique the curiosity of ardent British explorers and is the tallest waterfall in the UK.

Because of its strange location, people who want to see the falls can either walk the six-kilometre trek or travel over Loch Beag lake where the waterfall lands. 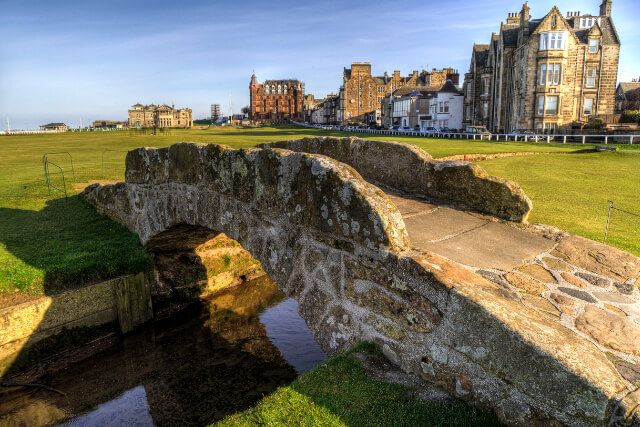 Scotland is known for having some of the best golf courses in the world, but St. Andrews is known as the “Home of Golf.” Even though King James banned golf in 1457, the first recorded game was in 1552 in St. Andrews.

With each passing century, golf became more popular, and in 1754, 22 “noblemen and gentlemen of the Kingdom of Fife” started the Society of St. Andrews Golfers. This famous company grew into the Royal and Ancient Golf Club of St. Andrews, the game’s founding club. In 1897, the “Rules of Golf” were written by this club.

Even though there have been 29 Old Course Open Championships, the R&A is still looked up to. All the golf courses at St. Andrews Links are owned by the public, which makes it a must-see for golf fans from all over the world.

9. The raincoat was invented in Scotland 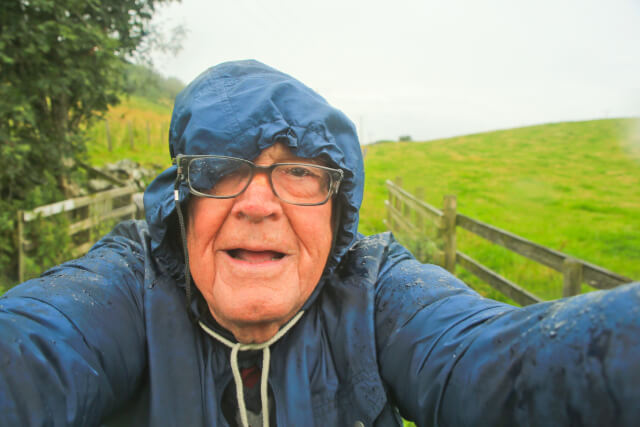 If you’ve ever been outside on a rainy UK festival day, snuggled into a thick raincoat, you have Charles Macintosh to thank! Macintosh, who was born in Glasgow in 1766, is a Scottish scientist and creator of waterproof fabrics.

In 1818, Macintosh found dissolved indiarubber while analysing the waste from a factory producing coal gas. After using this mixture to glue two pieces of fabric together, he let them dry and found the resulting material was resistant to rain.

10. Scotland is home to the shortest commercial flight in the world 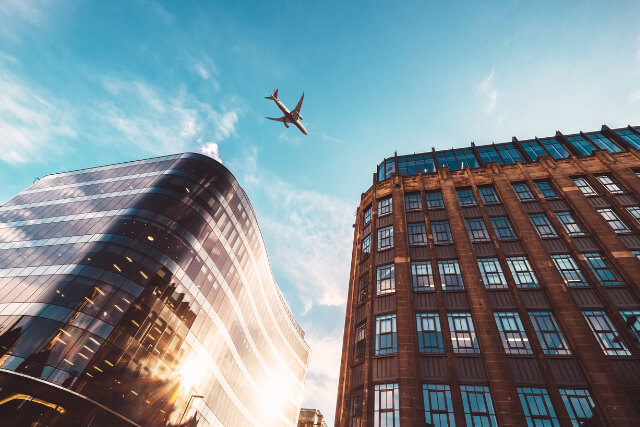 The world’s shortest flight travels from Westray to Papa Westray, taking about one minute from one Scottish island to another. As you can guess, it’s pretty cheap to travel between these two Orkney Northern Isles.

Hop on this eight-seater Britten-Norman Islander for an unforgettable flying experience and come home with your own certificate as a souvenir.

The small islands host a selection of marvellous attractions including sandy beaches, historical delights and natural spectacles. So whether you’re seeking a getaway by the coast or a walking holiday, this short glide will bring you to a range of wonders. 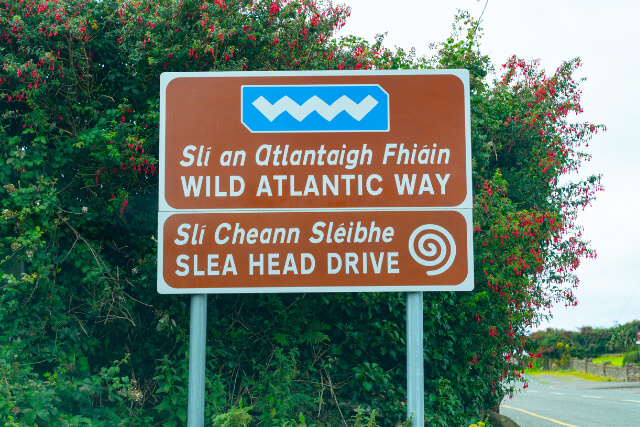 Hello! Halò! The official languages of Scotland are English, Scottish Gaelic, and Scots.

Scottish Gaelic is an old Celtic language that developed from Old Irish, whilst Scots is a Germanic language that is close to English but is regarded as its own language. Try and brush up on some classic Scottish greetings before your visit to the country!

12. Bonnybridge is the UFO capital of the world 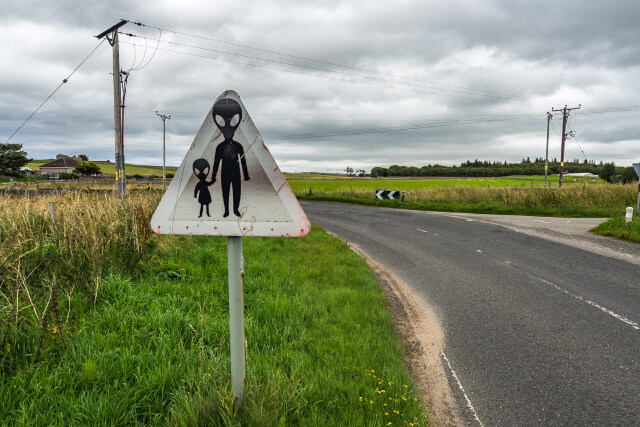 Next on our list of facts about Scotland is all about the supernatural. The sleepy community of Bonnybridge in Scotland is now widely recognised as the UFO centre of the world.

Every year, residents of the town claim to see over 300 unidentified flying objects in the sky above them. Why not visit and see if you can spot one yourself on a trip to a central Scotland cottage?

13. Edinburgh is one of the most haunted cities in the UK 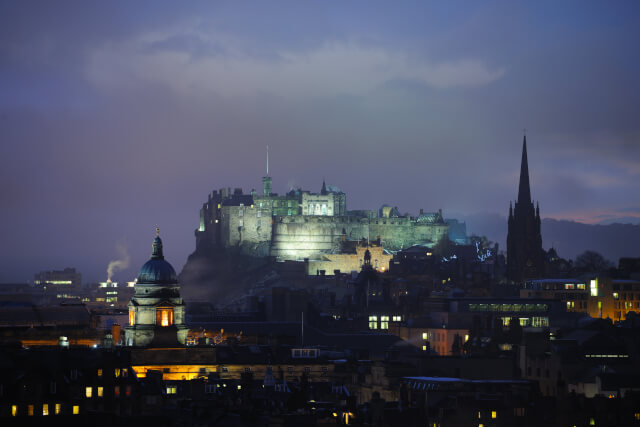 Aside from its credibility as a cultural hub, the city of Edinburgh is also known to be a top haunted destination in the UK. In a country with a wealth of heritage, it’s no surprise that spooky stories encompass these historic streets.

Edinburgh Castle holds status as being one of the most haunted of its kind. Many people hear the headless drummer playing a tune, and people claim that the castle’s prisoners roam the dungeons.

There are rumours that there are more than 44 abandoned places in the city, so there are a lot of scary places waiting to be found. If you want more, it’s worth travelling around the UK to uncover a plethora of abandoned places! 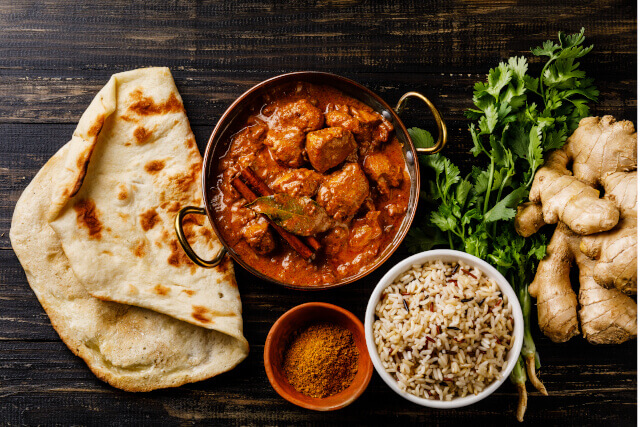 Apparently, the world-famous dish of chicken tikka masala was first discovered in Glasgow, despite curry being a traditional Indian cuisine. Ali Ahmed Aslam, a Pakistani chef, is said to have made the curry by adding tomato soup and spices to a mix of yoghurt, and cream. This was after a customer said his food was too dry!

Since 1971, it’s clear that no one knows where the dish came from, and the mystery of the masala is not likely to be solved. Even though it is one of the most popular dishes in the world, haggis, battered Mars bars, and whisky is what Scotland is best known for.

Offering something for every unique taste, the cuisines of Scotland are well worth exploring, and our selection of traditional Scottish foods is sure to cater to all.

15. Edinburgh has one of the highest proportions of listed buildings in the UK & Ireland 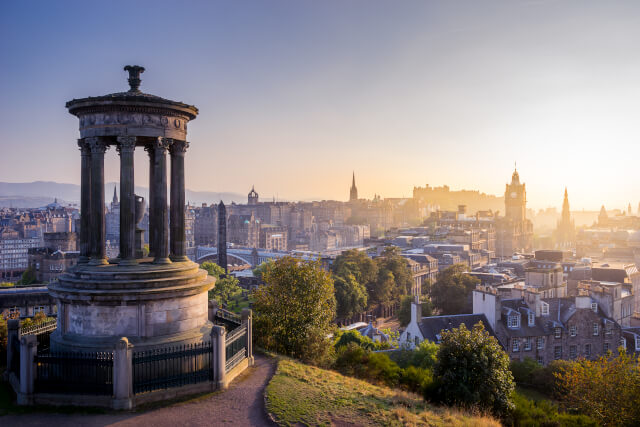 Last but not least on our facts about Scotland is a treat for history lovers! Discover magnificent listed buildings throughout Edinburgh, as well as a vibrant theatre scene, museums, galleries, and other things to do.

Two apartment buildings in Edinburgh have been listed status in Category A since 2017. They were the 50th and 51st buildings built after World War II to receive this honour.

Scotland’s capital is a true phenomenon, rich in history and with magnificent structures.

If you’re seeking a luxurious escape, historic holiday lets are perfect for a destination with a difference. And, whilst you’re exploring the cultural hub of Edinburgh, visit as many Edinburgh food and drink places as you can!

If these facts about Scotland have you dreaming of a Scottish holiday, browse a selection of unusual places to stay in Scotland. Take a look at our Scotland Travel Guide for more inspiration and get holiday planning! 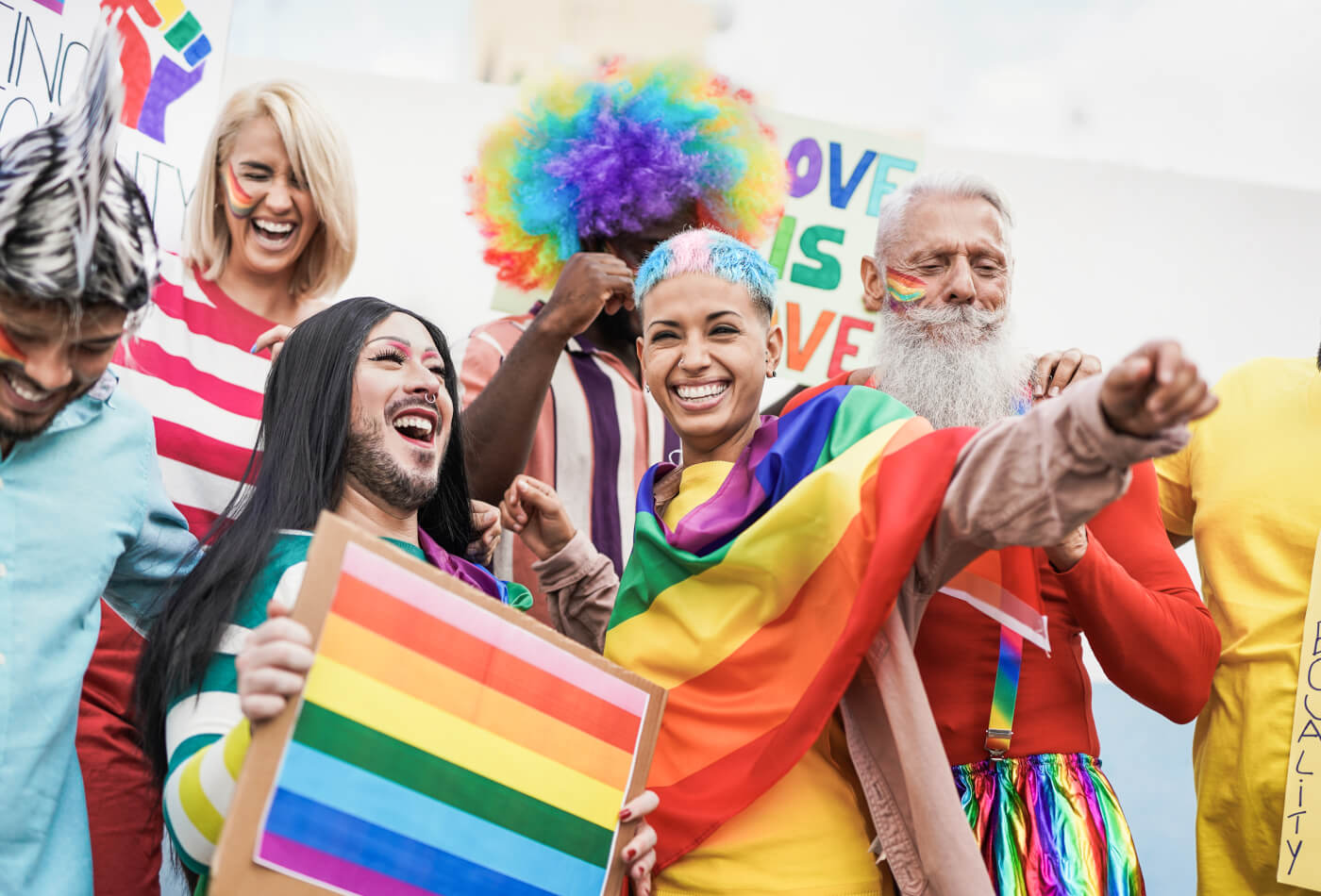 7 Fun Facts about Pride Month that you need to know

June is officially LGBTQ+ Pride Month! So, here are 7 fun facts about Pride Month that you need to... 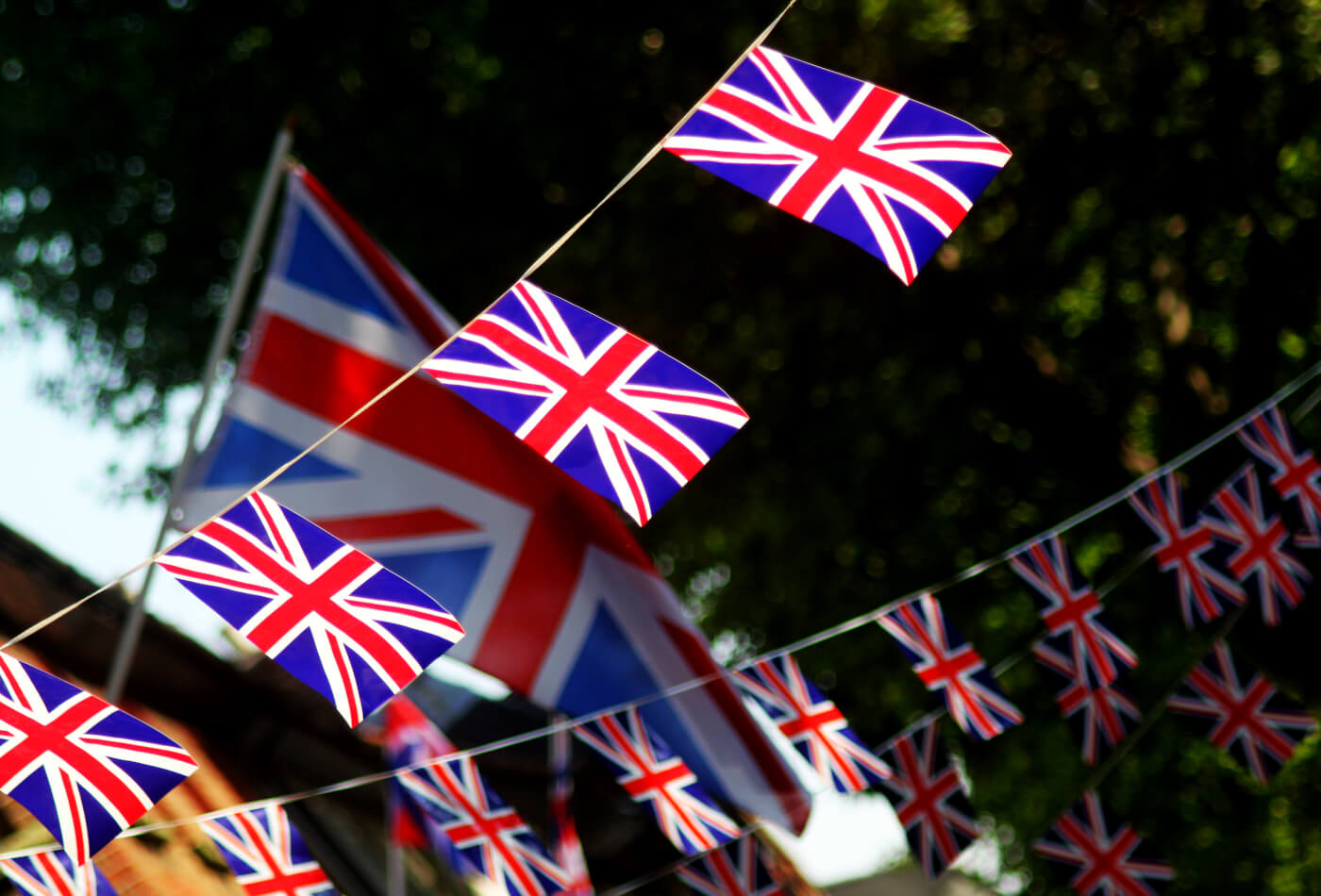 Looking to get involved in organising a Queen’s Jubilee street party? Use our guide to uncover the best street... 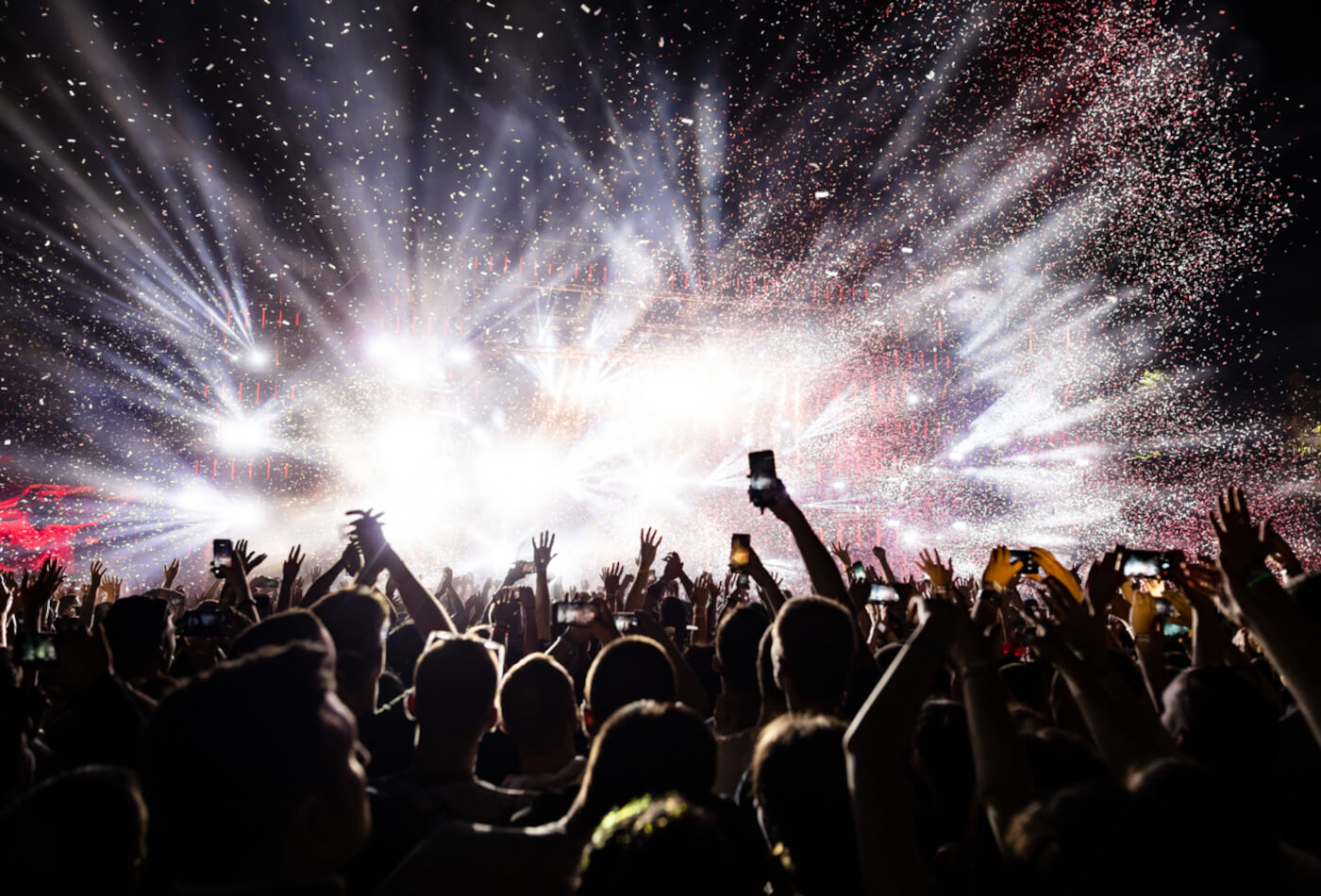 The 21 Best and Biggest UK Festivals of All Time

Festival season is back in full swing for 2022, and we’ve sifted through the best and biggest UK festivals...