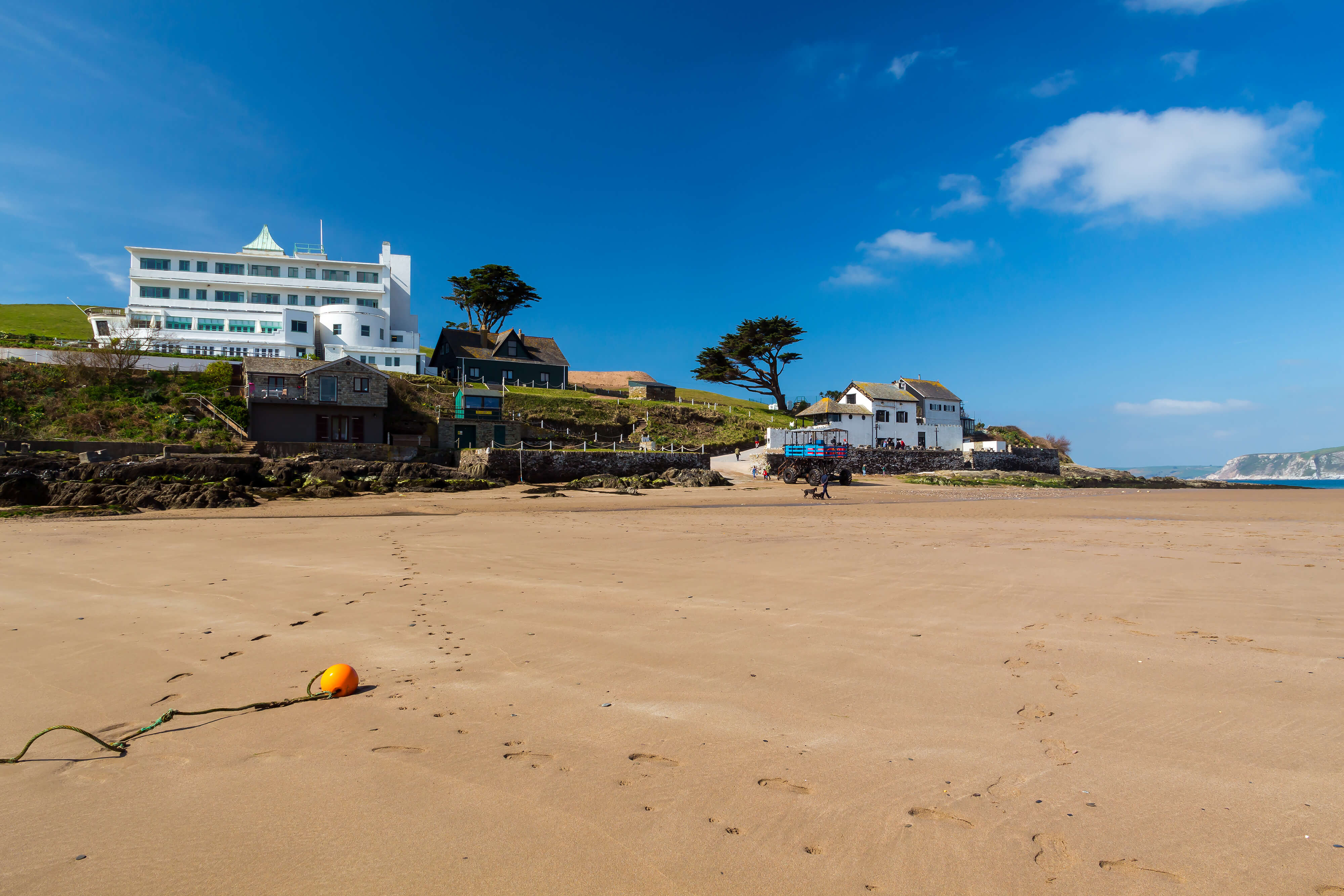 Devon is one of the most popular counties in the UK for tourists and holidaymakers. This fact is unsurprising when you consider how varied the landscape is, with the region offering a heady mix of rolling hills, quaint fishing villages, sandy beaches, lush forests, barren moors, ruined castles and dramatic tors.

There is something to appeal to every taste, with lots of different types of activities and attractions available, ranging from the calm and relaxing to the action-packed and exhilarating. No two days need be the same while you’re on holiday in Devon. For the month of June, we have chosen Devon as our Inspire Destination of the Month in order to showcase all the fantastic places to visit and explore in the county.

Take a look at our Devon Travel Guide for information on the many great places to eat and drink, as well as walks, events and popular activities and attractions in the region, ranging from fun adventure parks to the beautiful South West Coast Path.

However, there are a number of lesser-known attractions that we felt deserved to be highlighted, including hidden beaches, haunted woodlands, deserted villages and abandoned castles.

Read on for our guide to some of Devon’s best hidden gems. 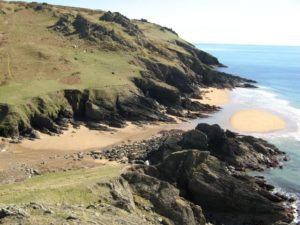 Nestling beneath the jagged headland of Bolt Head, Soar Mill Cove is a remote sandy inlet accessible by foot from the South West Coast Path, from the Soar Mill Cove Hotel or by boat. The cove is a mix of sand and rocks, making it perfect for sun bathing or exploring the many rock pools. It can also make the ideal picnic spot for the 8.5 mile walk from the beautiful village of Hope Cove to the popular coastal town of Salcombe. 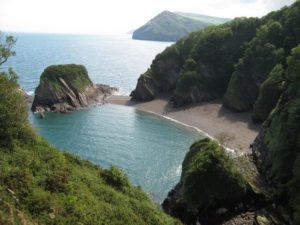 One of North Devon’s best kept secrets, Broad Sands is a secluded double cove, tucked beneath high wooded cliffs between the tiny hamlet of Watermouth and the village of Combe Martin. The two shingle beaches offer an ideal location for sheltered swimming, as well as offering a number of caves to explore and an island look-out to climb to. 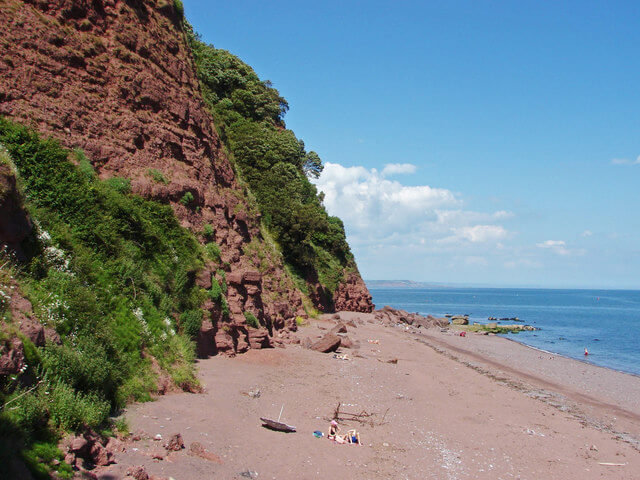 Backed by a wall of magnificent red cliffs, this sheltered beach is an ideal spot for swimming, searching rock pools or fishing. Once the haunt of smugglers, this picturesque and secluded cove is often regarded as one of Devon’s best hidden beaches, a claim that is easy to believe, especially when coupled with the fascinating access route through an original smuggler’s tunnel. 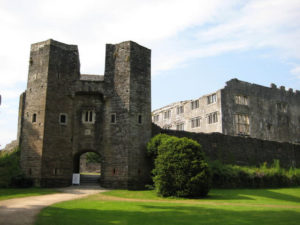 Edward Seymour II attempted to make sweeping changes to the castle but upon his death in 1613, it lay unfinished and no further descendants attempted to complete his works. It was abandoned and partially demolished at the end of the 17th century and has stood that way ever since.

The castle is now thought to be haunted by a number of different apparitions and spirits, such as that of Lady Margaret Pomeroy who haunts the dungeons and rises.

Find more information on Berry Pomeroy Castle on our list of 5 Castles in Devon You Must Visit. 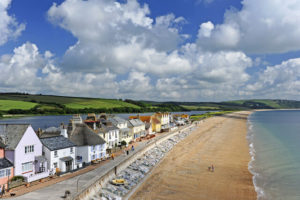 Popular with families, water sports enthusiasts and dog walkers, Slapton Sands is a sweeping arc of shingle beach backed by Slapton Ley, a freshwater lake that is part of a nature reserve populated by many rare species of flora and fauna.

A trip to this beach mixes beautiful scenery with not so distant history, as Slapton Sands has a very poignant story attached to it. During World War Two, the local villages were abandoned and the beach was used for rehearsals of the D-Day landings.

In April 1944 a practice operation known as Exercise Tiger, saw two American landing crafts sunk by German E-boats, leading to over 700 American soldiers losing their lives. The exercise still continued on Slapton Sands, ending in disaster as the practice assault included a live-firing exercise leading to many more soldiers being killed by friendly fire.

The devastating loss of life was not revealed until many years after the war when a Sherman Tank was recovered from the waters, it now lies at nearby Torcross as a memorial to those that died. 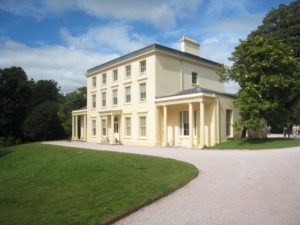 The Greenway Estate is famed for being Agatha Christie’s holiday home on the River Dart, as well as the inspiration for the setting of a number of her murder mysteries, yet the property is also a point of historic interest for other reasons as well. The estate was once owned by the family of Humphrey Gilbert, half brother to Sir Walter Raleigh, who was often a visitor to the previous earlier Tudor House.

The current house was built in the late 18 century and was bought for Agatha Christie by her husband Max Mallowan in 1938. During the Second World War the house was used by Flotilla 10 of the US Coast Guard during the preparations for D-Day, evidence of which can be seen on the walls of the library, as a frieze painted by Lt Marshall Lee depicts the events that occurred on their journey to Greenway. 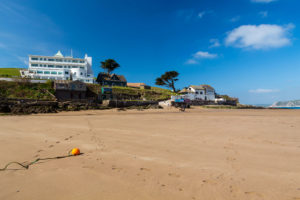 Burgh Island lies just off the South Devon Coast, directly opposite Bigbury on Sea Beach. Accessible by foot during low tide and at high tide by the island’s unique mode of transport, the sea tractor.

The island plays host to two establishments; the Burgh Island Hotel and the Pilchard Inn. The former is an Art Deco hotel built in the 1930’s that played host to the likes of Edward VIII and Wallis Simpson, Winston Churchill, Noel Coward and the Beatles. Agatha Christie also wrote some of her novels here and used some of the island’s features for the fictional locations in ‘Evil Under the Sun’ and ‘And Then There Were None’.

The latter was recently adapted for television by the BBC, starring actors such as Poldark’s Aiden Turner, Game of Thrones’ Charles Dance and Peaky Blinders’ Sam Neil. The Pilchard Inn was a 14th century hideout for both pirates and smugglers but is now a charming pub. It is thought to be haunted by the ghost of smuggler Thomas Crocker who was shot by customs and excise officers in the doorway of the pub. 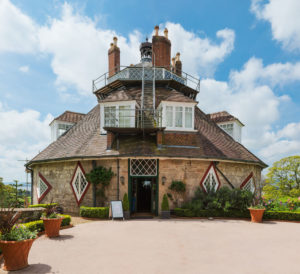 At the end of the 18th century, Jane Parminter, her sister Elizabeth, their cousin Mary and her friend Miss Colville set out on a grand tour of Europe – an adventure that was at the time seen as a masculine right of passage. The intrepid explorers visited a number of countries and upon their return, Jane and Mary decided to build a country retreat inspired by their travels. The result was A La Ronde, a sixteen-sided structure filled with souvenirs from their travels.

For more information on A La Ronde, take a look at our Only in Devon post. 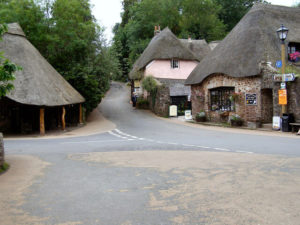 Walk just twenty minutes outside of the bustling seaside resort of Torquay and you will find yourself in Cockington, a village that feels as though it has been untouched by the passage of time. Wander along its narrow winding lanes lined with traditional thatched cottages and feel a pang of nostalgia for days gone by. This quintessentially English village offers a number of things to do and explore, such as Cockington Court, a 16th century manor house-turned-creative community and its extensive parkland. 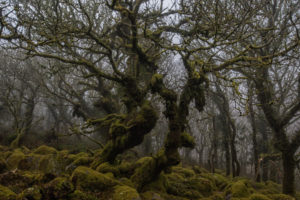 Wistman’s Woods is an evocative forest that has been left untouched by human hand to grow on the Eastern banks of the River Dart in Dartmoor. An ancient web of gnarled Dwarfe Oak trees whose growth has been stunted by the treacherous, boulder strewn ground below, creating a sheltered canopy. The floor is carpeted in thick dark green moss and lichens producing the effect of an mystical otherworldly setting. Unsurprisingly, it has been a location linked to tales of ghosts, hell hounds and the devil as well as being thought to be the sacred grove of the Druids. It is often regarded as the most haunted place in Dartmoor. 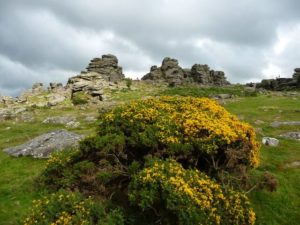 Situated on the Eastern reaches of the Dartmoor National Park is a collection of impressive rocky outcrops known as Hound Tor, located near the remnants of the village of Hound Tor, an isolated settlement that was abandoned in the 14th century. Said to be part of the inspiration behind Arthur Conan Doyle’s renowned work, ‘The Hound of the Baskervilles’, the rocks are linked to one of Dartmoor’s most well known legends, that of Bowerman the Hunter. Bowerman and his pack of hounds brought upon them the wrath of the witches of Devon and were thus turned into stone where they stood. Bowerman’s Nose is the supposed resting place of the hunter and Hound Tor of his faithful hounds. 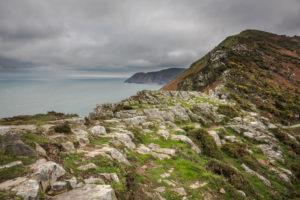 The Valley of Rocks is an impressive U-shaped, dry valley situated just half a mile West of the the town of Lynton and village of Lynmouth, laying parallel to the sea and closed in by impressive cliffs. The dramatic landscape showcases some of the oldest Devonian rocks, making it a fascinating site for geology fanatics as well as fossil hunters due to the scree slopes playing host to numerous types of fossil. There are many walking trails that pass through this beautiful part of the county, many of which take in scenic Lynton as well as part of the South West Coast Path.

If you are looking for more ideas on where to stay in Devon, walking trails, event guides, attractions and activities in the area, as well as places to eat and drink, browse our Devon Travel Guide for further information. 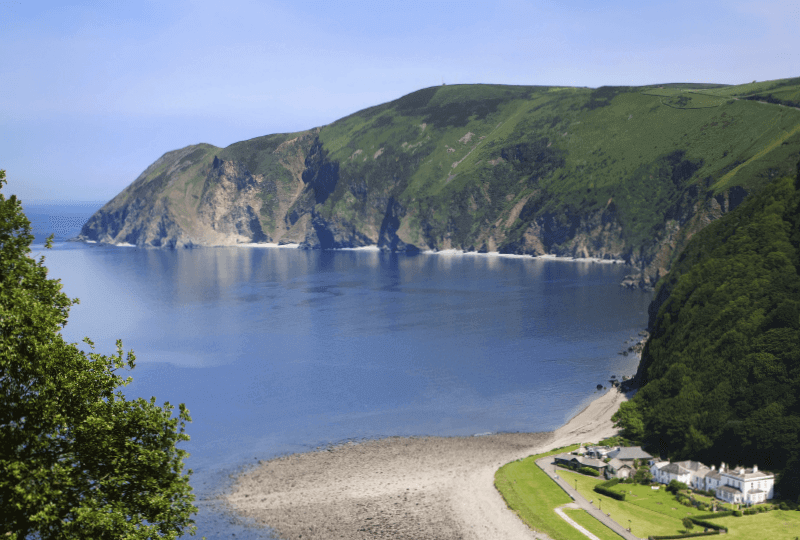 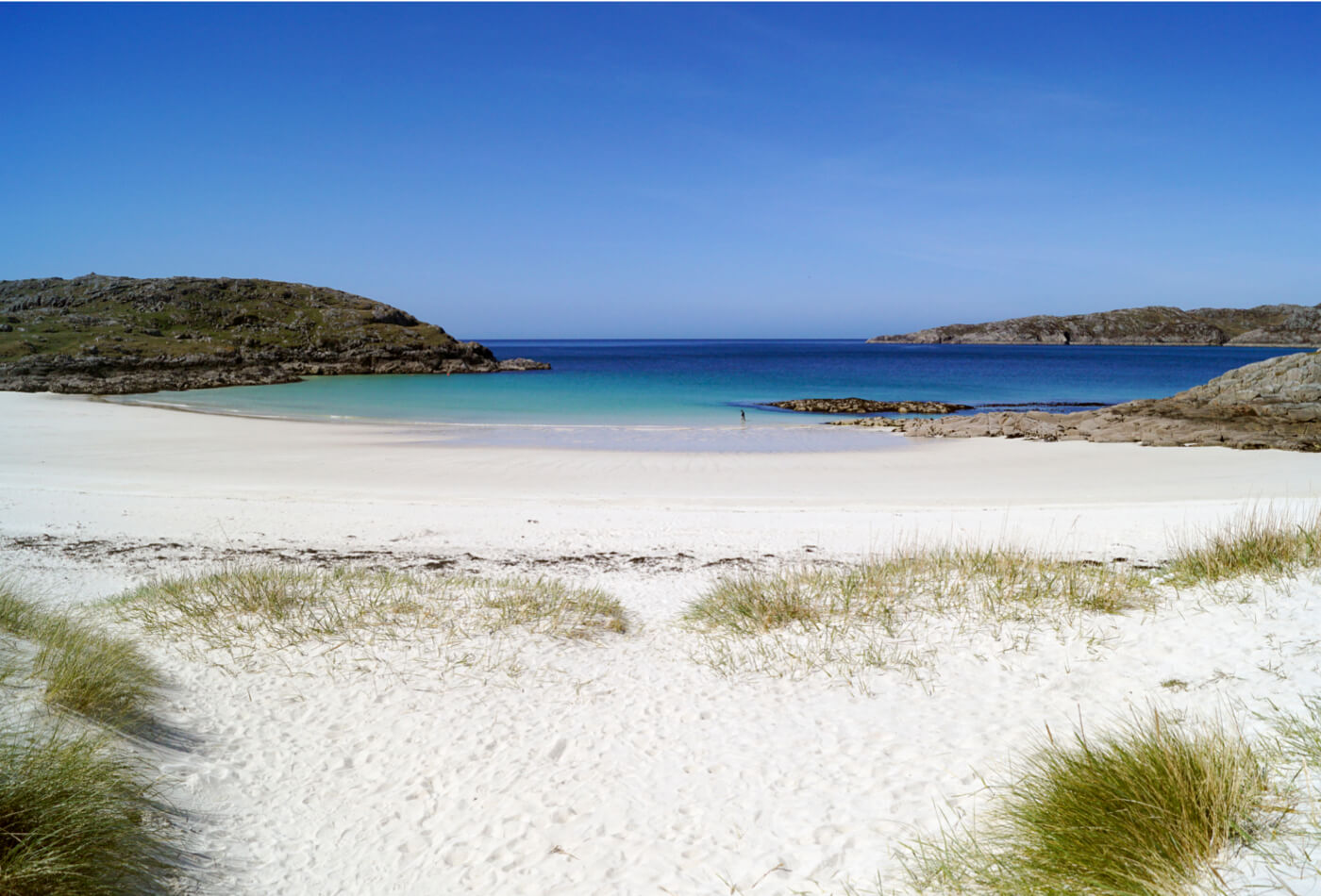 We understand that holidays have been a bit of a question mark for a lot of people during 2020.... 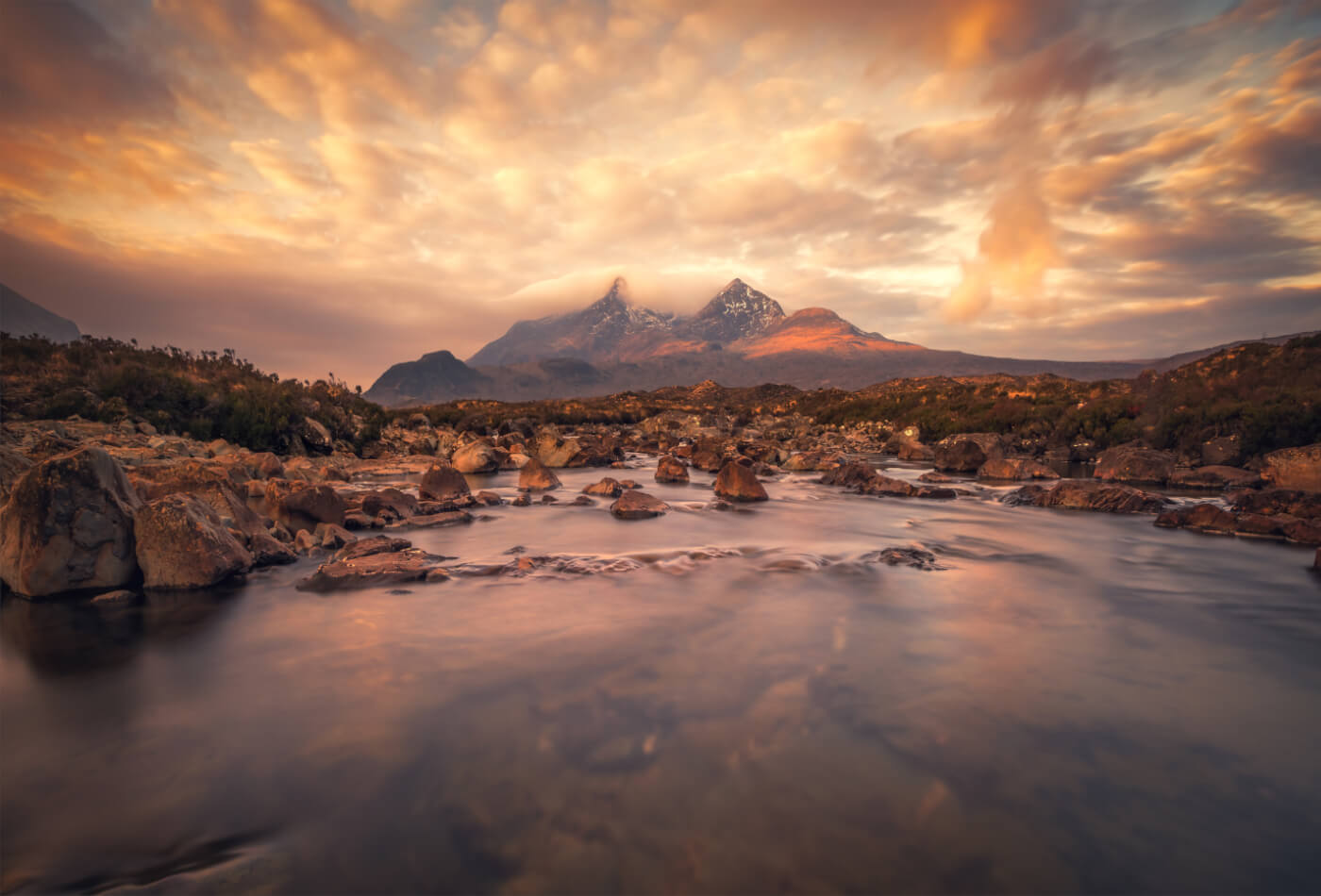 If you are in two minds about a 2020 holiday abroad or a UK staycation, fear not, as we... 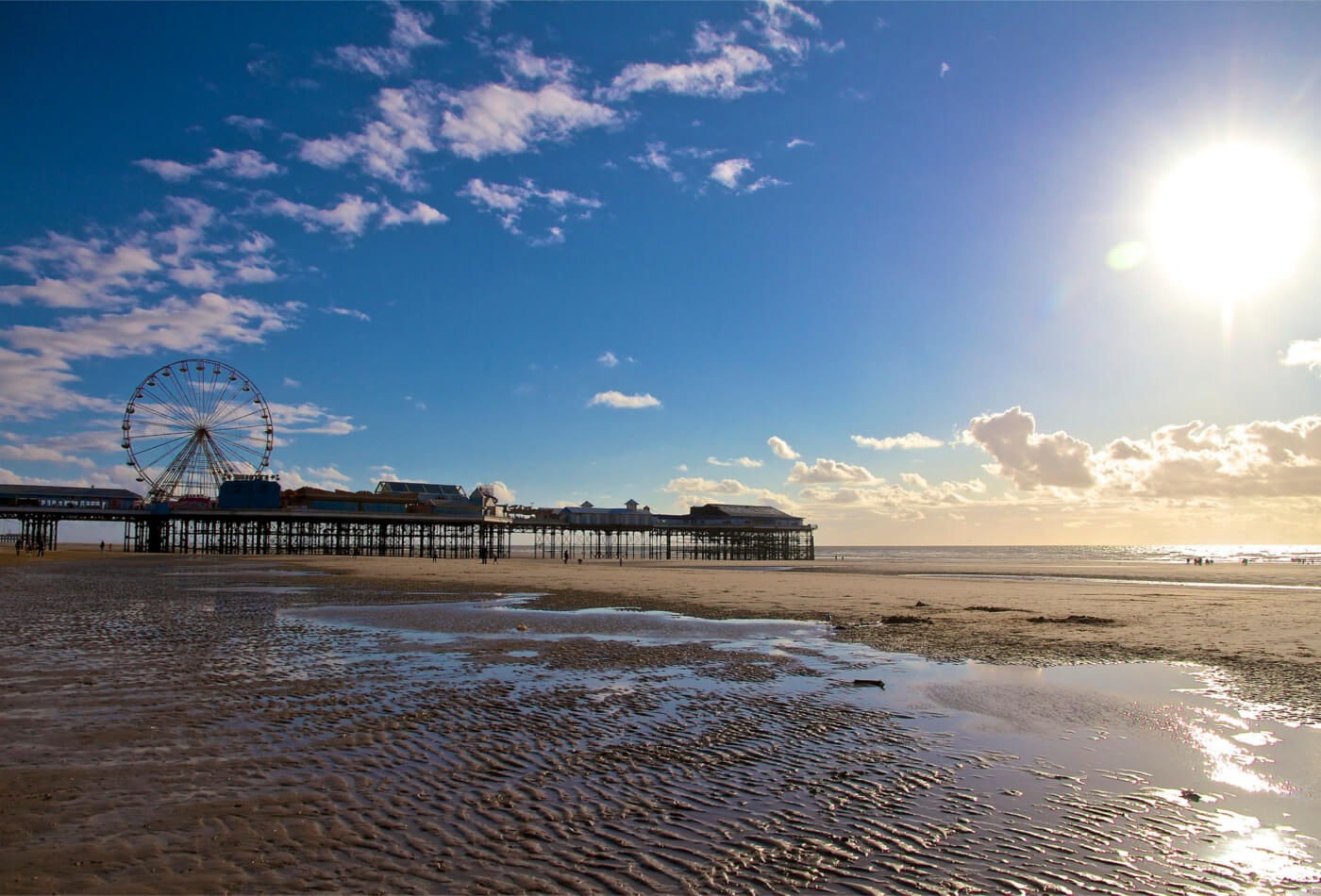 We asked Brits which of their old favourite holiday spots they would most like to return to. We wanted...